Canada’s Montero Mining and Exploration and China’s Jiang Xi Yun Lithium Materials are joining forces for the development of lithium production in Africa. 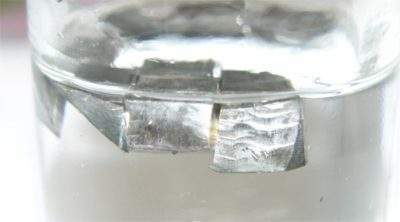 The two companies have signed a non-binding memorandum of understanding (MOU) in this regard with Montero expected to supply its future lithium production in Africa to Jiang Xi Yun Lithium under a long term off-take agreement.

In return, the Chinese company will offer beneficiation technology and financing support to Montero.

Montero Mining and Exploration president and CEO Tony Harwood said: “Jiang Xi Yun Lithium has already made a significant investment in the development of lithium refining facilities in China and is continuing to expand these with a view to becoming a major supplier of lithium.

“It wishes to supplement its current supply with lithium from Africa which is the focus of our MOU. Jiang Xi is an ideal fit for Montero’s intention of becoming a lithium producer.”

Montero’s lithium production in Africa is expected to come from three lithium exploration and development projects in Namibia. The Canadian mining company said that its current exploration programs are targeting NI 43-101 compliant resources in addition to exploration of additional lithium targets across Namibia.

Montero’s lithium production in Africa is anticipated to come from the Soris Lithium Project in the Erongo Region in central Namibia where it has an opportunity to acquire a stake of 80%.

Apart from focusing on lithium production in Africa, Montero is also engaged in the Wigu Hill Rare earth project in Tanzania along with phosphate projects in South Africa.