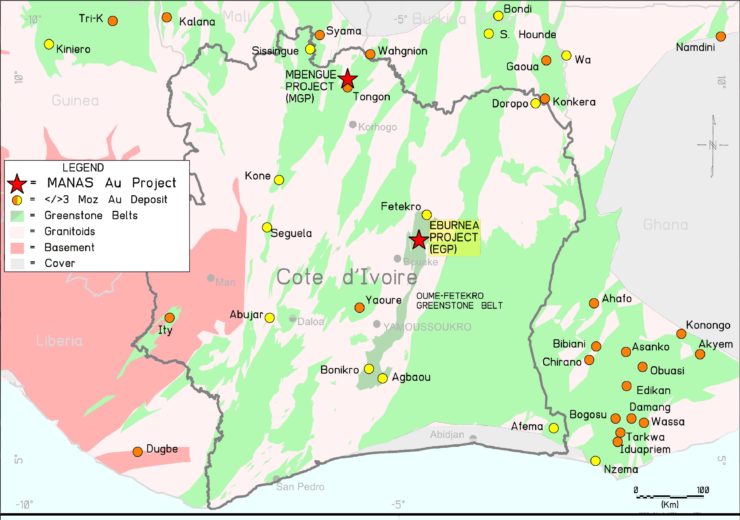 The mining permit is located in the Oume-Fetekro greenstone belt of central Côte d’Ivoire, close to the regional town of Bouake and is approximately 20km south of the Fetekro project, owned by Endeavour Mining.

In addition, the company is expected to start a 3,500m auger drilling programme at the M’bengué permit (PR272) in the next week at the MGP project in in northern Côte d’Ivoire.

The company has completed a regional soil sampling programme over the adjacent, recently granted Dielle permit (PR0857), whose results are expected by May 2020.

Manas is a gold explorer focused on early-stage exploration acquisitions and project generation in West Africa. It has two large project areas with highly prospective Birimian greenstones in central-east and northern Côte d’Ivoire, covering a total area of more than 1,120 km2.