Indonesia’s Inalum to acquire majority stake in Grasberg copper mine for $3.85bn 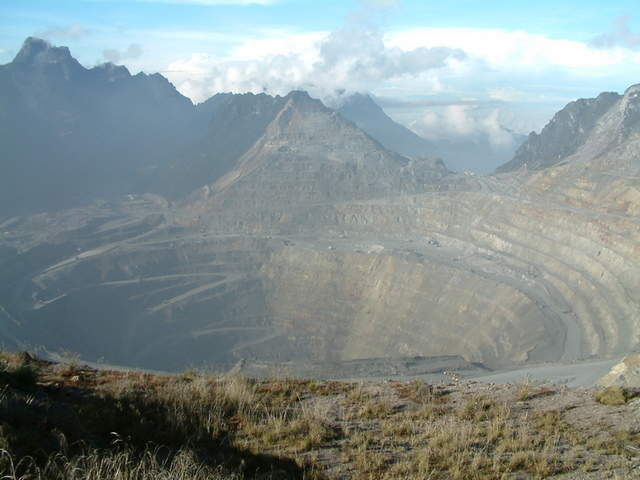 Image: The Grasberg mine open pit in Indonesia. Photo: courtesy of Alfindra Primaldhi/Wikipedia.

Located in the province of Papua in Indonesia, the Grasberg is claimed to be one of the world’s largest copper and gold mines in terms of ore reserves and production.

The mine is owned and operated by Freeport Indonesia (PT-FI), a subsidiary of US-based Freeport-McMoRan Copper & Gold (FCX) with 90.64% stake while the Indonesian government owns the remaining 9.36% stake.

Rio Tinto, though a joint venture with FCX, has 40% share of production from the mine above specific levels until 2021, and 40% of all production after 2021.

The latest deal sets the terms for the sale of Rio Tinto’s entire interest in Grasberg to Inalum.

Additionally, the agreement sets out a transaction between FCX and Inalum whereby the latter will acquire an additional stake in Grasberg. It also outlines the terms relating to the future ownership and operation of Grasberg.

Freeport-McMoRan said in a statement: “Inalum will contribute the Rio Tinto interests to PT-FI, which will expand PT-FI’s asset base, in exchange for a 40 percent share ownership in PT-FI, pursuant to arrangements that will enable FCX and existing PT-FI shareholders to retain the economics of the revenue and cost sharing arrangements under the Joint Venture.”

Separately, Freeport-McMoRan said will receive $350m from PT Inalum upon completion of the stake sale.

Upon completion of the deal, which is subject to an agreement between the shareholders, Inalum will own approximately 51% stake in PT-FI and FCX will have approximately 49% interest.

Freeport-McMoRan president and CEO Richard Adkerson said: “This agreement marks a significant milestone toward establishing a new long-term partnership with the Republic of Indonesia to provide long-term stability for PT Freeport Indonesia’s operations.

“Through this transaction, the Government will achieve its ownership objectives in a manner that preserves the long-term value for FCX shareholders and the people of Indonesia through 2041.”