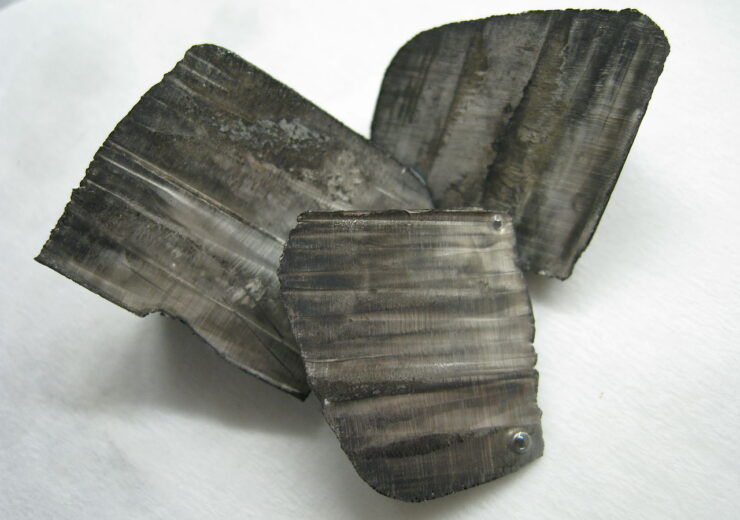 International Lithium (ILC) has agreed to divest its remaining 8.58% stake in the company that owns Mariana lithium salar project to Ganfeng Lithium Netherlands, for around $13.16m in cash.

Litio Miñera Argentina (LMA) is the legal entity that owns the lithium project in Argentina, while Ganfeng Lithium Netherlands is a subsidiary of China-based Ganfeng Lithium.

The agreement also includes sale of the Canadian exploration company’s other rights including the right to acquire an additional 10% in the Mariana lithium project.

Upon closing, ILC intends to repay $3.16m principal for exploration loan it has taken from GFL International, another subsidiary of Ganfeng in 2014, with interest.

Also, the company intends to use the proceeds from the sale to finance the exploration of Raleigh Lake lithium and rubidium project in Ontario, Canada.

Comprising more than 17,000ha of adjoining mineral claims in Ontario, the Raleigh Lake project is 100% owned by ILC.

International Lithium chairman and CEO John Wisbey said: “We are certainly pleased with the price of C$16.8m equivalent achieved for our share in the Mariana asset, and above all for the potential this gives us for funding our other strategic projects including our lithium and rubidium project at our 100% owned Raleigh Lake project near Ignace, Ontario.

“We had maiden drilling results at Raleigh Lake earlier this year with very promising results, especially the levels of rubidium oxide, and we have recently significantly expanded our claims there to 170km2, reflecting our belief in the potential of that project.

ILC said that its board had reached the decision to divest its remaining stake in the project entity, after a strategic review of the options.

The decision was primarily driven by the Ganfeng’s plans to invest $575m in the Mariana lithium project over a period of next three years.

The company has a joint venture with Ganfeng in Ireland, for the Avalonia project, governed by an agreement between the parties, signed in 2014.

Under the terms of the agreement, Ganfeng holds an option to increase its shareholding in Avalonia from 55% to 79%, by spending C$10m ($7.8m) on exploration before September 2022.

As part of the Mariana deal, the company’s deadline for the exploration spend on Avalonia has been extended by two years to September 2024.

Wisbey added: “This transaction puts ILC in the strongest financial position it has been in since its formation, and it is our hope that this is a key milestone for building a very exciting company in the next few years.

“It is not every day that companies sell a single asset for 80% of their market capitalisation and, given the dynamics of the capital investment required at Mariana and the workings of our joint venture agreement with Ganfeng, the board and I consider the transaction to be very much in the interests of ILC’s shareholders.”