Interagency Schedule of Proposed Actions maintains a Record of Decision in Q3, 2021 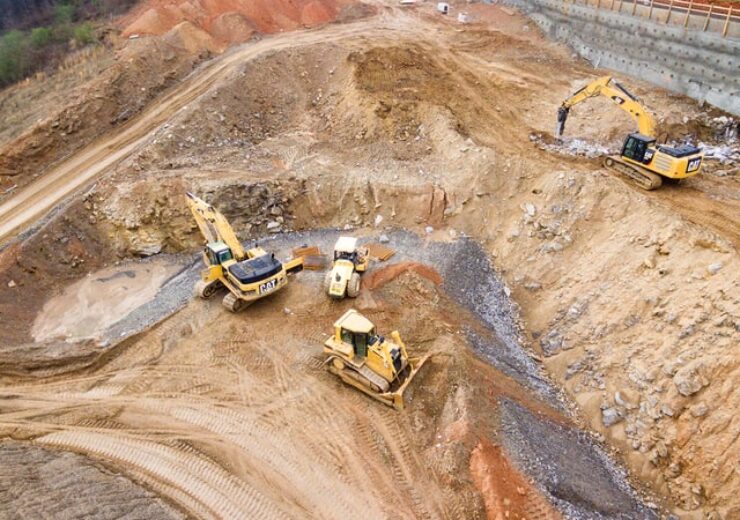 Midas Gold Corp. has announced that the Stibnite Gold Project (“Project”) has received a ‘Permitting Dashboard’ to bring improved coordination, transparency and accountability to projects under the National Environmental Policy Act (“NEPA”) permitting process. Published on the Council on Environmental Quality (“CEQ”) website, the Stibnite Gold Project Permitting Dashboard maintains the same permitting schedule as that published by the U.S. Forest Service (“USFS”) in July, 2020 (see news release dated July 2, 2020). Projects that have received a Permitting Dashboard are afforded enhanced coordination between federal agencies but must still move through the strict protocols of study and review under, and meet the regulatory standards required by, NEPA. The Permitting Dashboard is a result of infrastructure development, a domestic supply of critical minerals for national security, and the environmental restoration of what has been a long abandoned and contaminated mine site.

Permitting DashboardThe Permitting Dashboard comes at the request of the CEQ, with the approval of the Secretary of Agriculture, in recognition of the Project’s status as a High Priority Infrastructure Project (“HPIP”) with potential to bring infrastructure development, significant capital investment and direct employment to rural Idaho, address legacy environmental issues related to past mining and become the only domestic supplier of mined antimony, one of 35 critical minerals essential to U.S. national security and economic independence. The Permitting Dashboard tracks projects based on timelines agreed upon by coordinating agencies and all projects are held to the same strict protocols of study and review and must meet the identical regulatory standards required by NEPA but are afforded enhanced coordination between federal agencies. The Permitting Dashboard adds another level of transparency for the public to monitor how the Project is moving through the multifaceted regulatory process.

“Given the complexity of permitting the redevelopment and restoration of an extensively impacted brownfields site, interagency cooperation and coordination is essential to ensure a comprehensive review of the Project is completed in a timely manner,” said Laurel Sayer, President & CEO of Midas Gold Idaho. “As a result, we appreciate the increased agency coordination and transparency afforded by the Permitting Dashboard. We believe that the creation of the Stibnite Joint Review Process in 2017 improved coordination and communication between federal, state and local agencies involved in the review of the Stibnite Gold Project, and the Permitting Dashboard is another tool to further enhance coordination among the federal agencies.”

If permitted, the Stibnite Gold Project would bring approximately 500 direct, family wage jobs into rural Idaho and upgrade 72 miles of transmission line, 37 miles of road and three highway junctions in parts of Idaho that could benefit from additional infrastructure investment, as well as numerous indirect benefits to employment, economic development and environmental restoration.

Regulatory FrameworkThe USFS released a draft environmental impact statement (“DEIS”) for the Stibnite Gold Project on August 14, 2020 that was developed under longstanding NEPA rules and regulations; the recently updated NEPA rules announced by CEQ have not been applied to this Project. The HPIP designation and Permitting Dashboard do not reduce the scope or depth of the environmental review or reduce or diminish protections afforded by the NEPA process, rather it ensures that the review process is properly coordinated between federal agencies. All statutory requirements and environmental safeguards in the law must be met and followed. The U.S. Department of Agriculture will work with all cooperating agencies to manage the agreed upon schedule for reaching milestones within the rigorous NEPA process.

As published today, https://www.permits.performance.gov/permitting-project/stibnite-gold-project, the Permitting Dashboard remains the same as that published by the USFS in its Schedule of Proposed Action and sets a final Record of Decision (“ROD”) in Q3/2021 (see news release dated July 2, 2020 for additional information).

Critical MineralsIn addition to producing gold and silver, the Stibnite Gold Project would also produce the critical mineral antimony. Antimony is used as a metal strengthener and flame retardant, and used in lead-acid batteries, glass, ceramics and is key to many infrastructure and manufacturing processes. The importance of critical minerals is a bipartisan issue. The first major action on critical minerals took place in 2010 with the creation of the Council on Critical and Strategic Minerals Supply Chains (“CCSMSC”) , which was tasked with coordinating critical mineral policy development and executing a mitigation strategy across 12 federal agencies to address supply chain concerns. The framework to define what minerals were critical, advanced with the Department of Energy issuing a Critical Mineral Strategy in 2010 and 2011, and in 2014-2016 CCSMSC developed, and then issued, a methodology to determine which minerals were strategic. Based on this framework, in 2018 the Department of Interior issued its final list of 35 critical minerals, antimony among them and, in 2019, the Department of Commerce issued a comprehensive “Federal Strategy to Secure Reliable Supplies of Critical Minerals”.

Permitting ScheduleAfter six years of data collection, scientific review and engineering, Midas Gold submitted the Plan of Restoration and Operations (“PRO”) for the Stibnite Gold Project to the USFS in 2016. Since then, the Project has undergone four years of additional data collection, review and analysis by the USFS and six other federal, state and local agencies to evaluate the Project and its environmental impacts. The Draft EIS was issued by the USFS for public comment on August 14, 2020 and analyzes four alternatives, plus a ‘no action’ alternative. The USFS has launched a virtual public meeting space to provide the public with 24-hour access to the draft document and additional materials to assist the public in their review. The 60-day public comment period gives the public, stakeholders and communities the opportunity to review and comment on the various alternatives, after which the USFS, as lead agency under NEPA, will coordinate the multi-agency response to comments and develop a Final EIS. Midas Gold believes that the analysis in the Draft EIS supports its position that Alternative 2 should be the preferred alternative from an environmental, technical and economic perspective.

As noted above, the schedule adopted under the Permitting Dashboard is the same as that established by the USFS in July of 2020 and indicates a Final ROD being issued in Q3/2021. This schedule also reflects the universe of other permits and authorizations that the U.S. Forest Service will closely monitor, as the project lead, along with other cooperating and consulted federal agencies.

Feasibility Study ScheduleMidas Gold continues to advance towards completion of its feasibility study on the Stibnite Gold Project and anticipates issuing the results of the study in Q4/2020.