Olympus is a large-scale target area measuring up to 1,400 metres north-south by 900 metres east-west and hosts over 50 ancestral mines with over 25 veins mapped from available exposures 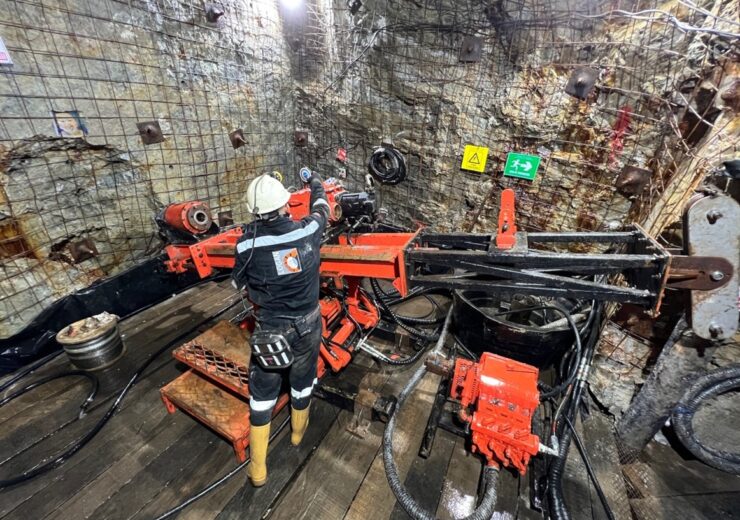 Collective Mining Ltd. (TSXV: CNL) (OTCQX: CNLMF) (“Collective” or the “Company”) is pleased to announce that drilling has recommenced at the Olympus target (“Olympus”), one of eight newly generated porphyry related targets at the Guayabales project, located in Caldas, Colombia.

Olympus is a large-scale target area measuring up to 1,400 metres north-south by 900 metres east-west and hosts over 50 ancestral mines with over 25 veins mapped from available exposures. The Phase I drill program was focused on the northern portion of this target area and intersected multiple broad zones of mineralization beginning near surface highlighted by:

216.7 metres @ 1.08 g/t AuEq (OLCC-4) (see press release dated May 9, 2022)
The phase II drill program, which is now underway, will step out up to 500 metres along strike to the southwest from drill hole OLCC-3 into an area where most of the historical and current ancestral mines are located. It is within this southwest area that the Company has reported multiple high-grade chip channel samples taken from underground working faces with grades as high as 485 g/t gold and 2,359 g/t silver (see press releases dated December 1, 2021, and July 19, 2022). Additionally, systematic channel sampling from a crosscut developed within an ancestral mine orthogonal to the strike of the main mineralized system yielded the following assay result:

The phase II underground drill program is expected to ramp up in scale for the balance of the year as new drill chambers are constructed and additional rigs are added.

Even though the target is at an early stage of exploration, the Company believes that the decision to construct chambers and drill from underground for its phase II program is an innovative approach to work with the ancestral miners operating at the Olympus target for the following reasons:

Working underground with the ancestral miners will increase cooperation amongst the stakeholders resulting in ever increasing trust and transparency.

The Company will promote the best health and safety practices and mine-planning and in return the Company gains an understanding of the challenges the ancestral miners face and underground access to new working faces and veins as they are discovered.

Drilling from underground will eliminate the challenges associated with lack of drilling angles from surface due to the steep topography resulting in an accelerated timeline to evaluate and advance the Olympus target.

“We are excited to have initiated the phase II drill program at Olympus as we are now targeting what the Company interprets to be the heart of the mineralized system,” commented Ari Sussman, Executive Chairman. “Olympus offers potential for both bulk tonnage and high-grade vein mineralization and we are looking forward to reporting assay results from the new program in due course.”