When UK Power Networks upgraded a substation in Kent, UK, it took the opportunity to specify primary switchgear that would enable it to evaluate how it can reduce reliance on SF6. Stephen Gibbs, ABB’s UK marketing and sales director for distribution solutions, answers questions about the project and explains ABB’s strategy in introducing an alternative gas mixture 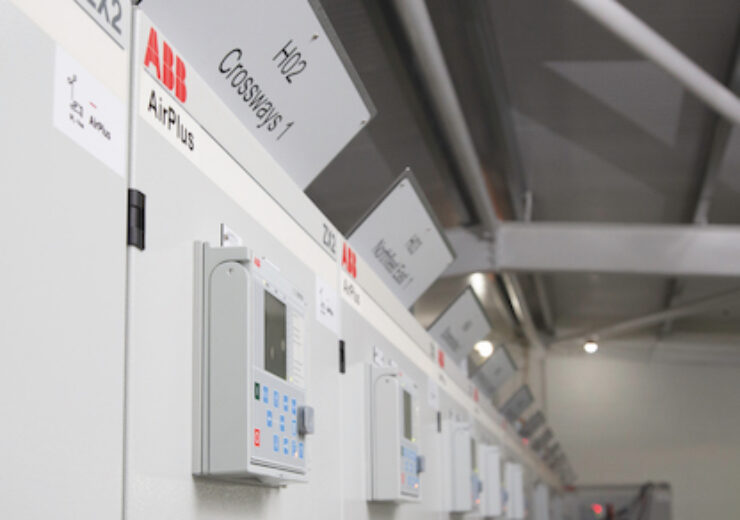 What is the background to the project?

The UK’s largest distribution network operator, UK Power Networks, is currently outperforming its objectives to reduce its carbon footprint by 2% annually and limit leakage rates of SF6 to less than 0.2%. However, as time goes on, it will need new tactics and technologies to maintain this, and that’s where this project comes in.

SF6, with a global warming potential (GWP) around 23 500 times higher than carbon dioxide, has to be monitored and reported according to the UK’s F-gas regulations.

Why did UK Power Network choose this switchgear?

For its trial project in Kent, it has deployed ABB’s ZX2 AirPlus GIS rated at 36kV, with double busbars. This will provide greater capacity for more demanding applications and more flexibility, enabling one busbar to remain in service while the other one is offline.

Maintaining a compact footprint is important where floor space is limited due to site constraints. The new switchgear design has a similar footprint to existing GIS and has been installed in a modular substation built on an elevated platform to protect it from flooding.

There are already various single busbar versions of this type of switchgear in operation at 24kV. However, as mentioned, UK Power Networks is the first operator to install double busbar SF6-free technology at 36kV. This is an important milestone for European DNOs as it has created a new opportunity to remove SF6 from the grid.

How does the new switchgear compare to other SF6-free technology on the market?

For UK Power Networks’ 36kV switchgear installation, dry air switchgear would need to operate at a significantly higher pressure, several bars. This requires a change of mindset for the mechanical design of switchgear, increasing cost. For example, developing tanks with thicker walls and potentially using cylindrical geometry like that used on HV switchgear to contain the pressure.

The high-pressure operation could also affect availability and a loss of pressure would mean a loss of insulating performance. Therefore, a network operator would likely need to monitor pressure constantly and have the capability to take a unit out of service immediately to protect the network and avoid the potential for an arc flash incident. This would require the deployment of pressure sensors across the fleet, integration with SCADA systems, and regular testing and certification.

It is possible to avoid these disadvantages by specifying GIS with a low-pressure design that uses an eco-efficient gas as the insulation medium.

Once in operation, in the event of a leak resulting in the loss of overpressure, this equipment can continue operating sufficiently to support availability and allow technicians to diagnose and deal with the fault without shutting down. We call this a “run flat” design, similar to a vehicle with run-flat tyres.

What is the gas mix?

Recognising the limitations of a dry air solution with increased pressure, the decision was taken at ABB to develop switchgear above 12 kV using alternative insulating gas. It has similar dielectric strength to SF6, containing 85% dry air with up to 15% Novec 5110. While this gas mix was developed by ABB and 3M working in partnership, it is an important technology to combat climate change, so we have opened the patents on the basic use of the gas so that it can be adopted more widely.

Using this gas mix enables the design of a 36 kV GIS that operates at around 0.4 bar over atmospheric pressure. This places less stress on compartment walls, enabling the design of systems with the same footprint as previously. Therefore, operators can replace like with like when the time comes to upgrade.

Also, from an operational perspective, in the unlikely case of pressure loss, the gas retains its dielectric strength and the DNO can schedule a repair at a convenient time rather than on an emergency basis.

How does the new GIS compare with SF6 switchgear, in terms of operation and end of life ?

Many operating procedures are similar to those for SF6 switchgear, being designed for switchgear based on gas in a sealed container.

For example, if access to the tank is needed, an operator will need a trained technician or contractor to handle the gas and this will follow a similar approach to working with SF6. However, unlike SF6, there is no regulatory requirement to certify or report the gas inventory.

The switchgear is also similar to SF6-filled switchgear at the end of life, as it has been developed to employ materials that can be recycled or reused.

In addition, the insulation gas itself provides a high level of safety, both while it’s in use and at the end of life. On average, SF6 stays in the high atmosphere for 3200 years, whereas the new gas lingers for just 16 days. The difference in terms of environmental impact between the two options cannot be overemphasised.

What are the next steps for decarbonising the grid with SF6-free switchgear?

UK Power Networks is representative of utilities that are now introducing SF6-free switchgear rated at 24 and 36 kV onto their networks.

On one level, the choice of insulation inside this GIS could be seen as a technical decision for the original equipment manufacturer. However, it is a choice that influences lifetime costs and operating practices and is therefore also a key consideration for DNOs.

Ultimately, experience from the trial sites will inform operators’ long-term strategies as they form their business cases for future regulatory periods.