Aging assets, climate change and creeping urbanisation is increasing both the risks and consequences of failure for dam owners. Now utilities and regulators are partnering up to explore new routes to better dam safety 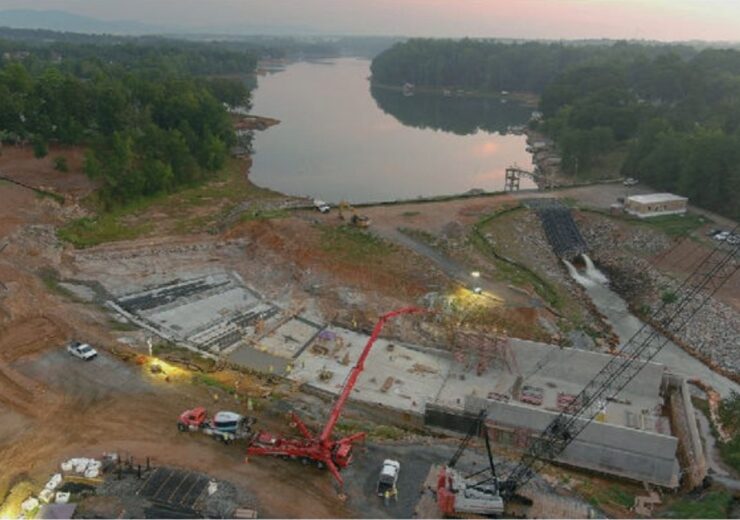 For the owners and operators of dams and hydraulic structures, the world is becoming more risky. Not only are many dams decades old and reaching the end of their design life, there are other factors that are also ramping up dam risk. Climate change is prompting more extreme weather events, for example, while at the same time the expansion of urban areas and commercial zones is making the consequences of any dam failure far greater with more properties, businesses and lives put at risk of inundation.

In a bid to address this changing risk profile, dam owners are looking to adopt new remote sensing techniques that can give them a more accurate and detailed assessment of their asset base than conventional periodic visual inspections. These new approaches make management of such structures more effective and ultimately safer.

With many dams in North America already clocking up decades of service, dam owners are adopting new approaches to asset monitoring. SJWD Water District, for instance, is a public water utility located in Spartanburg County in South Carolina which owns five dams. Four of these structures are considered high hazard with significant consequences and high potential for loss of life or infrastructure damage in the event of a failure.

Recognising the increased necessity of trying to stay ahead of any potential failure, the state regulatory agency, the South Carolina Department of Health and Environmental Control (DHEC), approached SJWD as a potential partner for a pilot using geospatial AI provider, Rezatec’s dam risk monitoring tool on two of the company’s dams, Lyman Lake and Lake Cooley. These two dams are both earthen dams, one being built in the 1950s and the other in the 1970s. With a lot of dams being constructed during this period these structures are a pretty typical age of dams for South Carolina.

“Our goal is to use this technology to stay ahead of any changes that could impact the integrity of our dams. What really intrigued us about the Rezatec solution was the ability to see the whole dam in more of a granular fashion. It has the ability to detect minor differences and then with the AI make recommendations based off that. It won’t take the place of our inspections, but it enhances and possibly gives us more information by which we can make decisions later on that might affect our capital improvement plans,” says Billy Cothran, CEO of SJWD.

Under the three-year pilot scheme, both SJWD and DHEC receive monthly updates which flag up and provide a location for any potential issues that may arise. While both regulators and owners may have a different set of potential desired outcomes from this pilot there is clear value for a regulatory agency as another set of eyes for them to ensure that things aren’t being missed in the current mandated annual inspection programme.

“This should provide South Carolina DHEC with a greater level of confidence in the efforts taken to monitor assets that could have large potential impacts if not properly managed and maintained,” observes Cothran.

Plotting the outcomes for dam safety

Starting the monitoring programme in December 2020, early results are already encouraging. “In one dam in particular we had an area that stayed fairly wet. We were interested to see if the technology would pick that up and it has. The other dam that we’re monitoring actually had a partial failure of the emergency spillway due to flooding in early February last year. It’s been somewhat of a construction site during the early parts of the pilot and it has picked all that up too,” says Cothran. He adds: “We’re early in the three-year pilot, but so far we’ve been very pleased because it has proven itself on things that we know are already there. What we are looking for now is will it pick up things that we didn’t know about?”

Looking ahead, the programme could be extended to include other high hazard dams. “Assuming a successful pilot we’ll have all of our dams monitored. When you can combine that amount of data over a broad scale with the AI capabilities, that’s a pretty powerful combination for infrastructure owners,” explains Cothran.

Like many dam owners, one of SJWD’s biggest challenges is responding to the increasing urbanisation that is seeing more people living in the inundation area of a dam should it fail. There is a significant increase in the consequences of failure and the potential for catastrophic risk. As Cothran says: “Our dams have the highest potential for large impacts to our customers and downstream neighbours if not properly operated and maintained.” It places far greater emphasis on adopting a more proactive approach to dam safety and assessment of the structural integrity of such structures. “It might look somewhat minimal to the naked eye, but measuring to the millimetre brings a new aspect. It is like having a different lens we can use to examine our dams,” Cothran notes. “From our perspective the dams have the largest potential impact on our customers and neighbours so rightfully they need to have a lot of attention. If we can show the public that we are aware of the potential impact of our dams and we’re keeping our public safe, that’s always a plus,” he adds.

As well as making hydraulic structures safer for those communities and businesses that could face inundation in the event of a catastrophic failure, better data-led decision-making can improve the bottom line as well. “It is hard to put a number on cost savings because it really relates to the decision-making such as the timing of capital improvements. We don’t want to spend millions of dollars before we have to but you definitely don’t want to wait too long. The more information we have the better it helps us prepare and plan for when we actually do need to spend that money for any necessary repairs and improvements.”

As Cothran concludes: “The data provided by Rezatec will allow us to cost-effectively monitor our dams”.