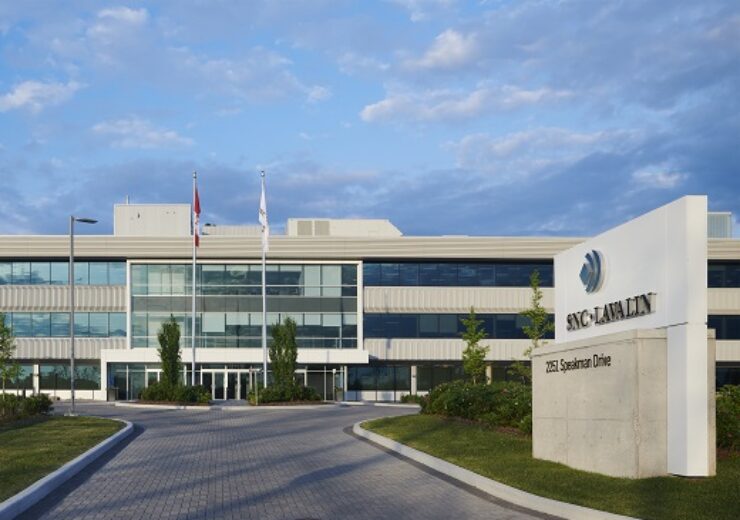 Earlier this year, as the worst of COVID abated and businesses were testing the waters on in-person meetings for non-essential workers, I ventured to SNC-Lavalin’s Candu Energy headquarters, in Sheridan Park, an industrial complex in Mississauga Ontario, adjacent to Toronto. It’s the same location where the CANDU Reactor division of Atomic Energy Canada Ltd. was once based, prior to its divestiture in a sale to SNC-Lavalin, announced in June 2011.

My purpose was a sit-down with Sandy Taylor, who, it was announced shortly after our visit, was retiring from his eight-year reign as SNC-Lavalin’s Nuclear Sector president after preparing his successor, Houston-based Joe St. Julian.

Taylor’s role was bigger than Candu Energy and he was a logical choice to shepherd the fledgling division into SNC-Lavalin a few years into the AECL buyout. Taylor was no stranger to CANDU technology when he moved over to SNC-Lavalin from ABB. Having spent five years at AECL early in his career, Taylor came with the shorthand on the history and culture of the CANDU industry.

Much of the Canadian work of the past 10 years has centred around the company’s major contribution in the EPC (engineering, procurement and construction) project work for the Darlington Nuclear refurbishment and the Bruce Power major component replacements.

Together, the mid-life mega-projects to extend the life for Ontario’s CANDU fleet, will allow some of the units to continue to operate into the 2060s. Given the reputation of large, complex projects, these have flown under the radar exceedingly well, popping up mostly for milestone celebrations. It is a testament to the work done by the utilities, but also by SNC-Lavalin, their refurbishment EPC joint-venture partner Aecon, and the Canadian nuclear supply community. Canada’s nuclear supply chain re-emerged and gained momentum over the past decade, thanks to predictable and ample refurbishment work. It was also helped by a concerted effort to build industry knowledge and training on safety, quality standards and secure procurement throughout all tiers of the supply chain.

For much of the Canadian nuclear industry, the CANDU brand brings at least as much national pride as Tim Horton’s coffee, good beer and maple syrup. It was the Avro Arrow that got its chance and made Canada a Tier-1 nation. So, the sale of AECL’s reactor division sale to SNC-Lavalin, or any privatization, was bound to create controversy.

AECL and SNC-Lavalin did have some commonalities to build on, starting with their Canadian roots. SNC was started in 1911 by a former Canadian public works executive who quickly grew it into one of Montreal’s leading engineering service providers for power projects. It continued to grow, eventually merging with Canadian engineering giant Lavalin in 1991. The partnership, under the new name, SNC-Lavalin, made it the country’s largest engineering and construction company and one of the largest engineering and construction firms, globally.

The difference between the two is that where AECL focused on exporting CANDU internationally, SNC-Lavalin became, itself, a global company acquiring other companies and expanding its operations around the world. Major acquisitions include the UK-based infrastructure technology company, WS Atkins, in 2017.

Back at Sheridan Park and, like the engineer he is, Taylor started with the problem statement: the need to get to net zero while also double-to-tripling electricity supply to meet growing demand. We met in the early days of the Ukraine-Russia conflict before the full effects on energy security were fully apparent, yet the necessity for countries to achieve energy self-sufficiency, even then, were clear.

As a global fully-integrated professional services and project management company, Taylor says, SNC-Lavalin sees its mission as “engineering a better future for the planet and its people,” in all facets of its business. “I think we have a much bigger impact as a society by what we do as engineers. We have current solutions that could significantly reduce carbon footprints. And, we will probably improve what we’re doing from a societal perspective whether it’s in the energy production side of things, which we have good experience in… but also from the infrastructure that consumes it, whether it’s the built cities; the transportation networks we have; and the industry in areas of all of these different sectors, some of which we can really focus on and make a difference,” he said.

It is this holistic view that SNC-Lavalin captured in its March 2021 report, Engineering for Net Zero, which maps out several pathways to create a blueprint for the company’s own contributions across geographies and sectors. In some geographies, nuclear is identified as key, in other geographies, other solutions dominate. “Even as a nuclear company, we know this is not one technology,” said Taylor. “There is no single arrow in the quiver that can deal with this issue. This is not a dialogue of nuclear versus renewables; it’s about how does nuclear enable renewables and maybe in future generations, maybe some other form of generation… we are looking over multiple generations.”

Having said that, in Canada, Taylor sees nuclear looming large in the domestic net zero goals. He sees an opportunity to expand nuclear’s reach beyond the current provinces where it’s operated. He suggests an opportunity to take nuclear beyond urban centres and large grids to heavy-emitting industry and large energy users like mining and steel manufacturing. “Nuclear in our view is what we need in Canada, and certainly in certain provinces… When you combine retiring (emitting) resources and a need to also double capacity, nuclear’s got to be in the mix. And our belief when we look at possible solutions… we are looking at SMRs (small modular reactors); we’re really excited about that.”

Recognising this statement begs a question, he rhetorically asks, “Why would a company with exclusive IP rights to build CANDUs be excited about SMRs?” There are a few reasons, Taylor says, and one of them is SMRs, due in large part to their lower capital cost and greater flexibility in use, are a more near-term opportunity than large-scale nuclear. They will allow the industry and all the critical infrastructure, including people, knowledge development and training, to continue in the near term. “You’ve got to keep the skillset up and that’s really important. If you have no work, it’s hard to have the skillset continue to develop or retain it. Fortunately, we have these massive refurbishment programmes, which brought a lot of capability back.”

That capability is now a competitive advantage in the global market, which can be used to strengthen the country’s export economy, as well, saying: “If we do this right, we are just years ahead of anybody else. With this first mover position, what Ontario will have is just a fantastic opportunity for further penetration to other parts of Canada and also, to export.”

Taylor points to the CANDU units in six countries beyond Canada’s borders as an example of the company’s international nuclear track record. This is enhanced with SNC-Lavalin’s larger international nuclear and infrastructure presence. “Even with a non-CANDU technology, why can’t we be an international employer and bring the tremendous value whole-spectrum of what Canada, and Ontario, can do and take that overseas? I really believe we have the opportunity between the industry, the leadership of OPG [Ontario Power Generation] and Bruce Power, and the support of our government, both provincially and federally, to be a player in different geographic parts of the world, where it makes sense for Canada to participate,” he said, adding: “We’ve got a market that needs technology; we’ve got a track record of safety and performance; I think it’s time again for Canada to take its position in the global marketplace. I would hate like anything for us to squander that opportunity.”

Government has a crucial role to play, as well, says Taylor. Many nuclear companies, globally, are nation-state enterprises, which “bring everything from government-to-government relations to government financing,” to the deal. He says getting aligned regionally, provincially and federally is critical. “We have very credible project execution and supply chain and technology, but we’ve got to compete at that (national) level. We’re competing against China, Russia, Korea and India; that’s who we’re talking about,” said Taylor.

There, the stars of geopolitics could align for the industry. On June 26, G7 leaders pledged a multi-billion-dollar plan to finance needed infrastructure in developing countries to counter China’s Belt and Road project. Domestic financing can also play a role, such as the UK’s regulated asset based (RAB) financing model, which allows for cost recovery earlier. This could be a “different way to think about government investment,” Taylor says.

And what of CANDU? While Taylor isn’t sure it is as near-term an opportunity as SMRs in Canada, he believes, as carbon pricing and other factors come to bear, and with the CANDU track record, there is a global market. And, in a different timeframe, a domestic one. He reflects on Boeing, in the aerospace industry, as a company that identified new materials, manufacturing techniques and new ways of operating to reinvigorate its brand.

SNC-Lavalin is looking at what it means to be competitive in the traditional-scale reactor market, says Taylor. This includes how to reduce the overall cost of CANDU reactors with contemporary manufacturing construction techniques, materials, exclusion zone reductions, and other factors that increase ease of operation. With the existing non-enriched fuel feature and more size flexibility than some of the larger designs, along with Canada’s supply chain expertise, Taylor feels CANDU offers a unique value proposition.

Regardless of whether it is SMRs or CANDU technology, Taylor believes, SNC-Lavalin has the capacity to support Canada’s international goals, through leverage of its networks. “SNC-Lavalin is a global nuclear business. How do you take these really unique capabilities and bring the breadth of those capabilities to the countries that we focus on? We’ve had some great successes in bringing things to Canada and Canada to various geographies… how do we leverage that global footprint?”

As Taylor departs, it is noteworthy that his successor will be based outside Canada. There is opportunity in the US market, which is hopeful of its own renaissance. The US offers a large market for a Canadian supply chain ready to take its know-how and apply it globally. Recent US opinion polls suggest strengthening support for nuclear as an option to address climate change in most US jurisdictions. And, OPG and Tennessee Valley Authority (TVA) recently announced they will partner on new nuclear, opening the possibility of dual-country market opportunities. For Canada’s nuclear industry, seasoned by a lifetime of CANDU, a technology-neutral approach may help further the country’s global dreams.