India’s Department of Atomic Energy (DAE), which believes that fusion power is an important component of the country’s long-term energy security, aims to fund a few demonstrators of its own with a view to commence building two 1000MWe grid-connected fusion reactors by 2050, Saurav Jha reports 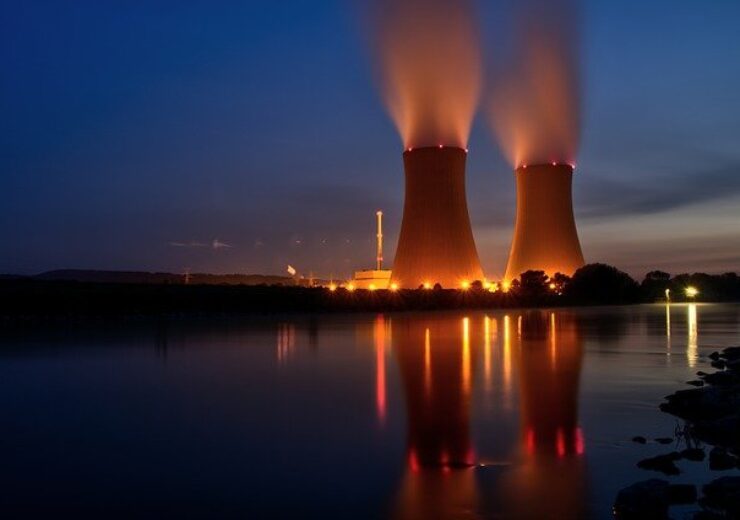 Fusion power is seen as an important part of India’s long-term energy supply and the government hopes to build domestic demonstrators by mid-century.

In January 2020 India’s first Tokamak, the Aditya, completed 30 years of safe operation. Those thirty years saw India making steady if limited investments in nuclear fusion research. Apart from creating some tokamak ‘assets’ such as the Aditya and the Steady-State Superconducting Tokamak (SST-1), India’s fusion-related activities have been heavily focused on domestic sub-systems development, given the country’s history of being subject to abrupt technology denials. Domestic efforts in sub-systems development and basic research related to advanced tokamaks since the 1980s have positioned India to be a major partner in the International Thermonuclear Experimental Reactor (ITER) project, which is expected to yield the world’s largest tokamak-based reactor.

India’s Department of Atomic Energy (DAE), which believes that fusion power is an important component of the country’s long-term energy security, aims to fund a few demonstrators of its own with a view to commence building two 1000MWe grid-connected fusion reactors by 2050.

The key DAE-supported organisation leading fusion research in India is the Institute of Plasma Research (IPR). with its main campus in Gandhinagar.

India’s indigenously developed tokamaks are all sited on the main IPR campus. (A unit imported from Japan is at the Variable Energy Cyclotron Center, Kolkata.) IPR’s leading light was the late Predhiman K Kaw, who drove this fledgling organisation to leapfrog directly to contemporary tokamak technology, instead of pursuing what turned out to be less-promising approaches to confining a hot and dense plasma (which is at the core of fusion) in the conditions necessary for thermonuclear fusion to take place.

Under Kaw’s leadership, IPR, which had initially started off as a small effort under India’s Department of Science & Technology, managed to become a full-blown institute. It commissioned India’s first tokamak called the Aditya in 1989. Aditya’s first ‘shot’ was conducted in the same year.

Aditya was set up as a tokamak with copper coils with a major radius of 0.75 m and a minor radius of 0.25 m. It was designed to generate a circular plasma and operate with a toroidal field of 0.75-1 tesla (T), a maximum plasma current of 250kA and a pulse duration of up to 250 milliseconds. Its heating and current drive is provided by a combination of ion cyclotron resonance heating (ICRH), electron cyclotron resonance heating (ECRH) and lower hybrid current drive (LHCD).

Besides becoming a mothership for developing the relevant human resources within the country, Aditya has also yielded rich scientific dividends for IPR. Some very important results on turbulent processes in tokamaks, which are of considerable interest to the global tokamak effort have been obtained through its use.

Aditya was the first to establish that transport plasma was not a steady ooze but was instead ‘bursty’. Experiments conducted using Aditya have also yielded important ways and means to mitigate plasma instability issues such as magnetohydrodynamics-generated disruptions and runaways.

As an aside, disruptions lead to the rapid loss of the plasma’s stored thermal and magnetic energy, which in turn necessitates the introduction of mitigation systems that shield plasma-facing components (PFCs) from the heat flux and forces thus created. A disruption can also lead to the generation of very high energy electrons or ‘runaways’, which in turn can cause the first wall (ie PFCs) of the tokamak to melt, followed by leaks in water cooling circuits.

To ensure that Aditya kept ‘giving’, it was decided to upgrade it to a divertor configuration with a view to carrying out experiments with shaped plasmas relevant to contemporary tokamak designs. The philosophy behind this move was that small and medium-sized tokamaks are a convenient tool for testing new concepts, technologies and materials, which cannot be conducted on larger machines without preliminary studies, given the risks involved.

However, there are very few small and medium-sized tokamaks operational that have the advanced features required for providing experimental support relevant to large, advanced tokamaks. So Aditya-U (literally Aditya-Upgrade) was born, whose assembly from the disassembled Aditya was completed by December 2016 with operations beginning in January 2017.

In comparison to its old form, Aditya-U has a circular X-section vacuum vessel and buckling cylinder, a safety and poloidal ring limiter, toroidal belt limiter, besides three sets of divertor coils. The modification to divertor configuration was achieved by replacing the square cross-section vacuum vessel with the circular X-section type, creating space for the divertor coils. It has been designed to reach high temperatures (45keV or about half a billion degrees) and demonstrate good power exhaust efficiency.

Aditya-U has already delivered a result that is significant for ITER. An electro-magnetic pellet injection system that fires Li2TiO3 pellets has been successfully demonstrated as a viable method for disruption control. Significant suppression of runaway electrons has also been demonstrated in Aditya-U, through the use of periodic gas puffs that suppress edge density and potential fluctuations in the plasma.

IPR’s larger tokamak, SST-1, was equipped with a divertor configuration right from its inception – designed, as it was, to explore the interaction between the plasma and the first wall of the tokamak in steady-state discharges. SST-1 has a major radius of 1.1m and a minor radius of 0.2m, elongation of 1.7 and triangularity of 0.4–0.7, toroidal field of 3T and a plasma current of 220 kA. Auxiliary heating and current drive is carried out using a LHCD mechanism while primary heating is done by ICRH and neutral beam injection (NBI). SST-1 of course has superconducting magnetic coils instead of the copper ones seen on Aditya-U, a steady-state current drive and heat and particle exhaust, all of which facilitate a long pulse operation.

SST-1 was given a short-term upgrade, beginning in October 2019, which included the installation of a pair of PF-3 current leads – required for moderately-shaped plasmas – a radio frequency (RF) spiral antenna assembly for alternate preionization and startup experiments and various diagnostics. Whether lower hybrid absorption can be realized by modifying loop voltage, as has reportedly been observed in other tokamaks such as Japan’s TRIAM is currently being explored on the SST-1. As such, long-duration plasma discharges of around 650 ms have been obtained in SST-1 using both single long-pulse LHCD and multiple short-pulse LHCD.

Though SST-1 was set up with a mix of indigenous and imported systems, IPR has worked intensively since then to ensure that future systems and upgrade packages for its existing assets are executed using domestically sourced components.

A lot of this has also been catalyzed through India’s participation in ITER, which saw New Delhi emphasising domestic developmental work in the areas of magnet, divertor and cryopumping systems.

India’s contribution to ITER, dubbed ‘ITER-India’ is being run as a special project under IPR.

It was in December 2005 that India became the full seventh member of ITER with a 10 per cent ‘in-kind’ contribution share out of a total of 150 distinct procurements. India’s Larsen & Toubro supplied the ITER’s cryostat, which is the world’s largest vacuum application stainless steel vessel. It weighs 3850 tonnes, with a height of 30m and a diameter of 30m. The ITER Cryostat was installed in 2020.

ITER participation has led to significant blanket and divertor technology development initiatives in India. The identification of special materials that provide long life and low induced radioactivity in the extreme environments associated with tokamak operations has been emphasized.

In fact, a Cu-Cr-Zr alloy with total impurity levels not exceeding 0.1 per cent has been developed as a back plate material for mounting PFCs used in ITER.

Alongside research into blanket materials, there is also a thrust toward developing fusion fuel cycle and tritium systems. With India now confident of being able to scale up tokamak size, field strength, heating power and pulse length, the focus is inevitably shifting towards fusion reactor design, materials and remote handling. After all, the ultimate aim is to be able to build an optimised power-generating reactor that is affordable, reliable and maintainable in a cost-effective manner.

SST-2 and then DEMO

In a bid to consolidate all that has been achieved via homegrown tokamaks and participation in ITER, India’s fusion community is now looking forward to the construction of a large tokamak based fusion reactor called SST-2, due by around 2027.

SST-2 is likely to be a low fusion gain reactor that will have a fusion power output of 100-300MW and may use an Indian lead lithium ceramic breeder and a helium-cooled ceramic breeder (HCCB) blankets for tritium breeding, besides a He-cooled divertor.

The fusion-fission hybrid approach may also be explored via SST-2, especially given India’s three-stage nuclear programme, which aims ultimately to breed a large fissile inventory of U-233 from the country’s Th-232 deposits. The transmutation of long-lived nuclear waste from fission reactors and the possibility of using fusion neutrons as a driver in thorium-based sub-critical fission reactors will also be investigated.

Ultimately, SST-2 alongside what is gained from ITER operations will pave the way for realising and qualifying technologies related to a D-T fusion cycle for India’s own DEMO programme. For instance, IPR is planning to perform an integral test by ‘covering the out-board side of SST-2 with a breeding blanket while the in-board side is covered with a shielding blanket’ in a manner similar to what will take place in a DEMO reactor. India intends to attract foreign partners for setting up a DEMO reactor beginning sometime in 2037.

Seen as a power source leveraging virtually inexhaustible fuel supply (due to the ready availability of deuterium in seawater and the prospect of breeding tritium), attractive safety characteristics and muted environmental impact, fusion may yet emerge as an element of India’s move towards a net-zero carbon economy by 2070.