The progress made by private companies proved the key nuclear fusion development during 2021, Judith Perera, a contributing editor with Nuclear Engineering International, looks at some of the major developments in the quest for fusion energy 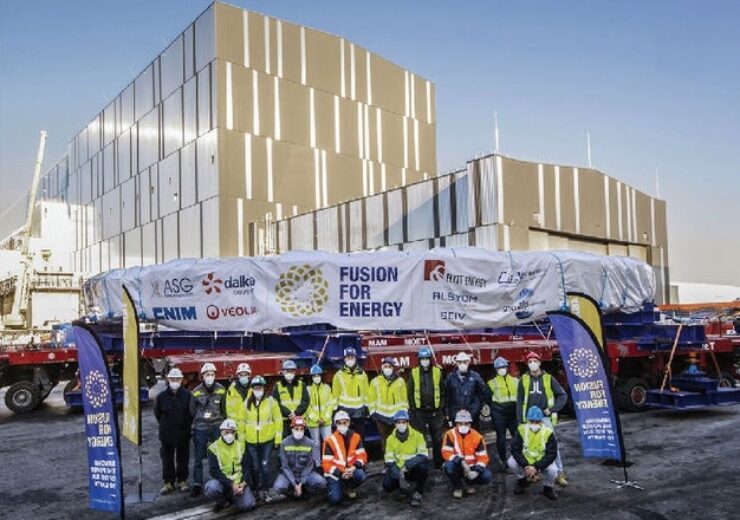 There are at least 35 global companies and an October survey from the US Fusion Industry Association (FIA) and the UK’s UKAEA had information from 23 of them. Of the companies featured from the US (12), UK (five) and India, China, Canada, Australia, Germany and France, 15 were founded after 2010.

So far 18 of the companies have declared private funding of almost $1.8 billion, plus an additional $85 million in grants and other funding from governments. Four companies — Commonwealth Fusion Systems, General Fusion, TAE Technologies and Tokamak Energy — account for 85% of the total. The survey found that 71% of companies believe fusion will be achieved in the 2030s. The most popular approach is magnetic confinement, followed by magneto-inertial confinement.

As private companies hit milestones, other projects continue to progress.

In October the UK government consulted on a strategy to move from being a ‘fusion science’ superpower to a ‘fusion industry’ superpower.

It wants to build a prototype fusion power plant in the UK — the Spherical Tokamak for Energy Production (STEP) — by 2040 and a fusion industry to export the technology. Five sites have been shortlisted and a final decision is expected by the end of 2022.

In May, results from UKAEA’s new ‘MAST Upgrade’ experiment at Culham demonstrated that the new ‘Super-X divertor’ exhaust system reduces tenfold the heat load on materials, so components last much longer.

In addition to an initial £222 million ($300 million commitment to STEP from the government (via BEIS and the EPSRC) and the EUROfusion consortium, the UK has invested an extra £184 million.

In August UKAEA announced a collaboration with the Science and Technology Facilities Council on a Centre of Excellence in Extreme Scale Computing in Fusion. In December it signed a £4 million, four-year framework agreement with Assystem, Atkins, IDOM, Morsons, NUVIA, EASL and Norton Straw Consultants, for fusion research, plant design, robotics, modelling, materials and other areas. Under a second £3.5 million framework, five lead companies — Ansaldo, Doosan Babcock, Frazer-Nash, Nuclear AMRC and Rolls-Royce — will be supported until March 2024 by more than 25 collaborators from industry, research and technical organisations, the High Value Manufacturing Catapult and academia.

Assystem was also selected as a key partner on the STEP Fuel Cycle Tritium Engineering Framework and to assess different designs for STEP’s tritium breeder ‘blanket’, working with Thornton Tomasetti to develop simulation software to help define breeder blanket designs. Assystem has been architect engineer at ITER since 2005.

November saw 15 organisations secure contracts worth £50,000-£250,000 ($68,000-$340,000) focusing on challenges in digital engineering and hydrogen technology across the range of commercial fusion energy. Others secured funding to reduce fuel requirements by researching advanced production and handling technologies for hydrogen isotopes.

UKAEA also took on Doosan Babcock and Altrad to provide industrial support services and Atkins to help design the Hydrogen-3 Advanced Technology facility for research into the use of tritium in fusion energy. Atkins and supply chain partners including Canadian Nuclear Laboratories, Ansaldo Nuclear, and FlexProcess will deliver the design of the H3AT tritium recycling loop, comprising storage beds, a distribution system, impurity processing system, and systems to detritiate water and air.

In a £350,000 ‘Fusion Innovation Challenge’ UKAEA awarded contracts to Atkins, Frazer-Nash Consultancy, IDOM, Jacobs and M5Tec for innovation including machinery that can operate in strong magnetic fields, construction of bioshields and designs for transferring heat in pipes.

US funding for fusion

US government fusion research is focused on the Lawrence Livermore National Laboratory’s (LLNL’s) National Ignition Facility (NIF) and the DIII-D National Fusion Facility at Columbia University, operated by General Atomics (GA) as a national user facility for the Department of Energy’s (DOE’s) Office of Science.

In early 2021, both the DOE Fusion Energy Sciences Advisory Committee and the National Academies of Sciences, Engineering, and Medicine released reports calling for aggressive development of fusion. The latter called for bold action and grid connection in 2035–2040. Both wanted a low-cost pilot plant to pave the way for commercial reactors.

In March, scientists at DIII-D released a new design for a compact fusion reactor based on its Advanced Tokamak. The Compact Advanced Tokamak (CAT) combines theory developed at GA with computing by Oak Ridge National Laboratory scientists. CAT drives most of its own current during operation, reducing the need for expensive current-drive systems that reduce plant efficiency.

In August, NIF reported yield of more than 1.3MJ from a laser-based inertial confinement fusion (ICF) research device — almost at the threshold of fusion ignition.

Russia works on fusion at the Kurchatov Institute and the Troitsk Institute of Innovative and Thermonuclear Research (Triniti).

In May, Russia launched the Tokamak T-15MD (toroidal chamber with magnetic coils) at the Kurchatov Institute – a modified version of the T-15 reactor, which has been operating since the late 1980s. The T-15MD will undertake research for ITER.

In October, Triniti and Krasnaya Zvezda (Rosatom’s space propulsion systems enterprise) carried out external refuelling of Triniti’s T-11M tokamak with liquid lithium in a continuous operating cycle and without violating the vacuum conditions in its working chamber.

Triniti has been developing technologies for the first wall and divertor for fusion reactors, including liquid metal. The goal is to weaken the destructive effect of hot plasma on the in-chamber elements. Triniti director Dmitry Markov said this opens up opportunities for lithium protection of the first wall of the tokamak in a quasi-stationary mode and will first be applied on T-15MD.

In July, the AA Bochvar Institute of Inorganic Materials announced development of a basic version of the technological tritium cycle for modernisation of the strong field tokamak (TSP) a large research and experimental base designed to work with pre-reactor-scale thermonuclear installations. VNIINM developed the basic tritium cycle with Triniti specialists. Deuterium-deuterium fuel mixtures in fusion produce tritium, which has to be removed from the used plasma. VNIINM aims to develop a preliminary design for the tritium complex and complete design documentation by 2024.

Triniti is planning to build a new thermonuclear reactor by 2030 under RTTN and to upgrade the TSP tokamak, which began operation in 1987 but was suspended following the collapse of the USSR. One option for the new tokamak is a Russian-Italian project, ‘Ignitor’, — a compact tokamak with an ultra-strong magnetic field whose installation is quite advanced. The second is a national tokamak using reactor technologies, which could begin in 2022.

In May China’s Experimental Advanced Superconducting Tokamak (EAST) maintained a plasma temperature at 120 million °C for 101 seconds and at 160 million °C for 20 seconds. EAST is one of three domestic tokamaks in China. The HL-2M tokamak fusion reactor at CNNC’s Southwestern Institute of Physics in Sichuan was commissioned in December 2020 as an upgrade of the HL-2A. The third, J-TEXT, is at the Huazhong University of Science and Technology.

In November, Korea’s National Fusion Research Institute announced that plasma operation at 100 million °C, continued for 30 seconds during the latest tests at the Superconducting Tokamak Advanced Research (KSTAR) — a new world record. This was the result of further optimised magnetic field conditions and heating systems. The team aims to sustain the plasma for 300 seconds in 2026 through further upgrades.