In the near future, the light from lasers could be used for mapping the many passageways and shafts that constitute the modern mine and, perhaps, drilling itself 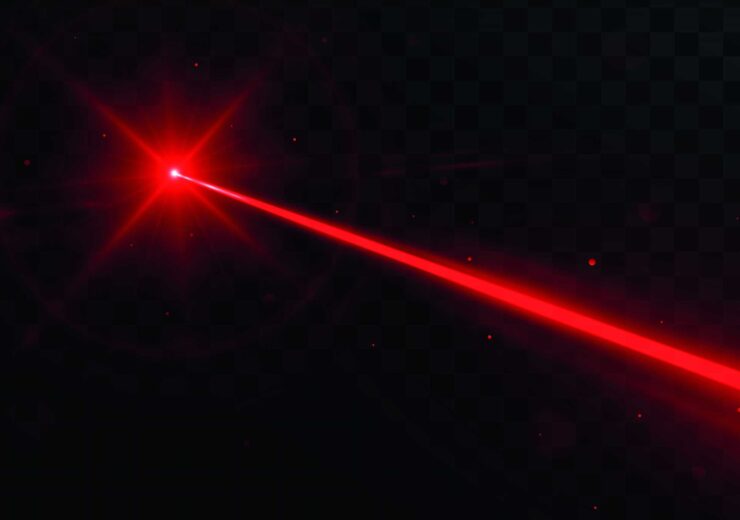 Lasers promise much for the future of mining. But what can they deliver? (Credit: Maryna Stamatova/Shutterstock)

World Mining Frontiers writer Greg Noone talks to Ramona Graves, an emeritus professor at the Colorado School of Mines, and Mark Dunn, a principal researcher at Australia’s Commonwealth Scientific and Industrial Research Organisation, about how applications for lasers, which were previously the preserve of fiction, could soon become a reality.

If the mining industry has learned anything over the last two centuries, it’s that carrying a naked flame down an underground passageway is rarely a good idea.

The deeper one digs into the earth, the more likely it is that you will find noxious and flammable gases, combinations of carbon dioxide and nitrogen methane with fetid nicknames like firedamp and blackdamp, whitedamp and stinkdamp – the latter is an explosive accumulation of hydrogen sulphide, signalled by the overpowering stench of rotten eggs.

The efforts of Sir Humphry Davy and other scientists in the 19th century to design lamps for miners that could safely illuminate these dark tunnels are well known. The risk of explosions has since diminished, but has not completely disappeared.

A build-up of static charges between scratched plastic and dust particles or the spark from an exposed wire can easily ignite the prehistoric gases that continue to linger in the deepest parts of the pit.

As such, operators have been loath to introduce any new technologies into underground operations that could reverse all the progress in safeguarding them against the threat of conflagration.

That includes lasers. Concentrated waves of electromagnetic radiation that appear as a solid beam of light, lasers can be used to deliver information, in welding, power transmission and to obtain precise measurements.

That last application led directly to the invention of light detection and ranging, or ‘LiDAR’ systems, which use pulsed lasers to map objects or distinct spaces in three dimensions – advantageous, one would think, in environments like the underground mine where visibility can be poor.

LiDAR beams are also sufficiently weak to be used in a mining environment without risking ignition of coal dust or flammable gases.

As such, interest in the technology among operators has increased markedly in recent years, culminating in the development of a system at Australia’s Commonwealth Scientific and Industrial Research Organisation (CSIRO) capable of visualising entire underground pit operations in unprecedented detail, and unaffected by the torrid miasma of dust and gas that fills some of the world’s deepest mines.

Named the ExScan, its creators believe that the data it generates could be the first step in the wholesale automation of the modern mine, from surface to stratum.

New applications for lasers in mining

A mechatronics engineer by training, Mark Dunn has been immersed in all things LiDAR at CSIRO for over a decade. In his mind, the goal of automating all pit operations may be lofty, but also acutely necessary; after all, one person on-site is one too many exposed to “that dark, dangerous, dusty environment that is mining as we know it”.

According to Dunn, they’re closer to achieving that goal than most people realise. For one thing, CSIRO has already managed to automate longwall shearers – vast machines that shave great strips of debris off the coalface like hand planes on lumber – by inventing a longwall automation system (LASC) that uses the same inertial guidance systems found in ballistic missiles.

Not only is the number of miners required to operate and monitor the shearer reduced at sites using the technology, but productivity also increases, sometimes by up to 30%.

LASC systems can now be found in two-thirds of Australia’s coal mines, in addition to at least 34 mines scattered across the US and China. Even so, miners were still needed to monitor the integrity of the coalface as it advanced, lest any weakness in the chamber walls led to roof collapses.

Cameras made for a poor alternative, since dust thrown up by the longwall shearer fogged the lens. LiDAR, however, could see through this miasma. If they could pair it with a real-time monitoring system, thought Dunn, that could completely eliminate the need for miners to linger at the coalface any more than was necessary.

Their solution was the ExScan, a handy device just ten inches tall, bearing an uncanny resemblance to a charity coin spinner. For what it lacks in aesthetic flair, however, this LiDAR more than makes up in engineering ingenuity.

Its transparent dome, which shields the laser, is easily removable should it get scratched and cause a static charge. The machinery inside, meanwhile, is protected by one-inch steel casing.

Dunn and his team made doubly-sure of its resistance to calamity by subjecting the device to rigorous and regular punishment, including three months of submersion in oil “and other nasties”, and several weeks of exposure to extreme temperatures. “The result is that the enclosure can now be used in any explosion-prone places, not just coal mining, but oil and gas,” says Dunn.

Once installed in the pit, operators are not only able to tap into the data generated by the ExScan to create 3D visualisations of the longwall shearer’s progress, but maps of the entire underground complex.

The result is an exquisite panorama of green, grey and red pixels that combine to show all the rocks, supports, and machinery that line these subterranean chambers, stretching down into the earth like so many passageways in an ant’s nest.

Currently, the ExScan is undergoing practical tests in several mines across Australia, with close to 100 individual units currently operating.

“Of those, 50 are on an individual longwall mining operation,” says Dunn. Indeed, at one mine, run by Glencore, it allowed local operators to progress to full remote control of the longwall shearer for a number of weeks. “It really forms the foundation of all of their remote operations going forward.”

Dunn is of the firm belief that, despite the achievements of the ExScan, this small device is just one small example of what LiDAR could achieve in mining.

Currently, CSIRO is experimenting with fusing camera footage with the technology to allow for more accurate characterisation of rock samples. LiDAR data can also be used to conduct fragmentation tests and measure rocks to millimetre precision. “We haven’t even scratched the surface of all the capabilities of using LiDAR underground,” says Dunn.

In future, that could include directing the path of autonomous vehicles underground or supplementing other forms of scanning technology. One avenue of research into laser applications in mining that still seems far away, however, is the potential role it could play in drilling.

The reason why, according to Ramona Graves, is that mining operators fear the heat from drilling lasers could play the same role flaming torches did in causing lethal explosions underground. According to the emeritus professor from the Colorado School of Mines, however, these concerns are overblown.

“Lasers are just light,” says Graves, who is so confident in their potential to change the mining industry that she co-founded the start-up, Foro Energy, to exploit nascent interest in the technology.

While experiments at the US National Institute for Occupational Safety and Health found that lasers were capable of igniting methane and coal dust, the likelihood of doing so was “proportional to the laser beam diameter”, which suggests that explosions could be prevented if only the diameter was large enough.

Actually, adjusting the wavelength of lasers in this way, Graves suggests, is a bit like the effect achieved in weakening sunlight’s power to burn skin by placing a pane of glass in the way. “You can’t get sunburned with the sun shining through the glass,” she explains. “The glass reflects the damaging rays off the glass.”

This (metaphorical) fear of being burned, she says, has held the mining industry back from exploiting what could be an invaluable drilling medium, something Graves first discovered at Kirtland Air Force Base in Albuquerque, New Mexico in the 1990s.

It was the end of the Cold War, and having heard rumours of both sides investing heavily in military lasers, Graves petitioned the US government to see how effective these were at pummelling through rock. She was not disappointed.

“We found out that the lasers would cut rocks like a hot knife through butter,” says Graves, who made short work of everything from sandstone and shale to dolomite and limestone.

Ironically, it proved easier to break apart the harder rock types commonly encountered by mining operators, thanks to the laser’s facility in partially melting the samples and causing them to fracture at a microscopic level.

In an industry where efficiencies in breaking rock are so low, says Graves, “it should make the mining operation unbelievably easier”.

So why have mining operators proved so resistant to drilling lasers? Graves has been given many different reasons since those early years at Kirtland Air Force base, from the risk of accidentally sparking explosions in the pit to the exorbitant cost of running these machines and adapting them to the mining environment.

These are little more than excuses, she argues: after all, not only were the kinds of lasers Graves tested small and easy to operate (the military versions, she says, “were run by privates”), but their operating cost has come down significantly since the mid-1990s, to almost as little as $50/W expended.

In the end, says Graves, all of these arguments are symptomatic of a broader suspicion of new technology in the industry – one that, in the long-term, could put it at a severe disadvantage.

Patently, she argues, an operator’s board of directors “would sooner have bankruptcy than have failure of technology, because changing technology [is] not in the culture of mining.”

It is hard to reconcile this image of the sector as technologically hidebound with the progress it has made in recent years to automate almost every aspect of the extraction process.

Indeed, as costs have come down and fewer miners are placed in harm’s way, it may just be a few years before every mine worth its salt has a laser drill ready to zap the coalface to kingdom come. And should that happen, scientists like Graves stand ready.

“It’s not going to take billions and billions and all this high-powered intellect,” she says. “Now, it’s an engineering problem putting it together. It’s no longer a science problem.”