Clarke Energy, GE’s distributor of Jenbacher gas engines, is supplying three J612 units to Territory Generation to upgrade its Tennant Creek power station in Australia. The project is part of the Northern Territory government’s A$100 million investment in central Australia aimed at reducing the cost of electricity generation. 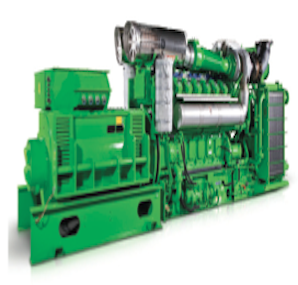 Territory Generation is the largest electricity producer in the Northern Territory, owning 582 MW of installed capacity and contracting an additional 40 MW from independent power producers for supply to its customers. Clarke Energy will supply and install three gas-fired, spark ignition Jenbacher J612 reciprocating engines, to be located adjacent to the existing plant. The installation will provide 7.5 MWe, helping to increase the reliability and efficiency of the power supply to the Tennant Creek Township, which serves communities as far away as Ali Curung, 150 km to the south and significantly increasing the capacity the plant, which is made up of 20-40-year-old units that cannot fully meet the load.

In 2014, the Northern Territory parliament implemented key reforms within the government-owned power generation authority. One outcome was to introduce greater competition to reduce the historically high cost of electricity paid by the Territory’s consumers. This new business environment is driving local power corporations to find ways of reducing the operating costs of their power generation assets by adopting more fuel-efficient and reliable technologies.

“This upgrade will help us increase the reliability and efficiency of the power supply thereby helping to reduce electricity prices," said Adam Giles, chief minister at Tennant Creek. "By implementing [this] technology, we also will see a reduction in noise and emissions and a … reduction in O & M costs."

GE says that the fundamental design of its Jenbacher gas engines provides numerous benefits. These include enhanced capability to operate on gases with lower calorific value or unusual composition such as coal seam and coal mine methane gas, biogas, landfill gas, flare gas, coke oven gas and syngas from gasification processes.

Clarke Energy is also supplying three Jenbacher J624 gas engines to French engineering company Eiffage. The units will be rated at 4.5 MW rather than the 4.4 MW of previous models, and are destined for three new greenhouses in France. Clarke has a strong base in the country – this year it has reached the milestone of 1GW installed Jenbacher gas engines.

A J624 engine will be installed at each of the Serres Richardière, Coge Camargues and JD Prod greenhouses and will be configured as combined heat and power units during the winter season, considered to be from November 1 through to March 31. The generators are expected to be installed by October this year, with commercial operation planned for November. A material stream agreement (MSA) for spare parts is also part of this project.

Wouter-Jan van der Wurff, general manager gas power generation for GE’s Distributed Power business: "our Type 6 gas engines offer efficiency levels up to 87%, providing Eiffage with a time-independent supply of carbon dioxide and heat through heat storage. [The] carbon dioxide [is] to be used for fertilisation of the plants, and surplus power can be supplied to the grid at times of highest demand."