Social research is half the battle 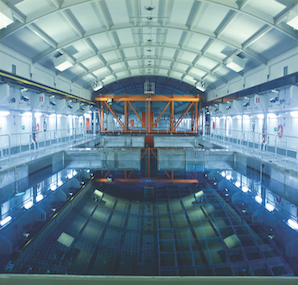 Sweden is widely recognised as having a pioneering approach to spent fuel and nuclear waste management. This recognition is partly due to its success in progressing a repository programme that includes attention to social science research and the ethical issues associated with nuclear waste.

The Swedish government appointed a national coordinator for nuclear waste (later called the special adviser for nuclear waste disposal) 20 years ago. Their aim was to help municipalities that were the focus for site selection obtain information and independent investigation.

Later, in 2001, as a result of an initiative by the special adviser, the government published a book, titled ‘Responsibility, equity and credibility – ethical dilemmas relating to nuclear waste’. This groundbreaking document pulled together key issues about ethics and democracy in nuclear waste disposal.

Swedish nuclear fuel and waste management company SKB began a formal social science research programme in 2004, although there had been other social science research carried out prior to this. It began to generate a broader foundation of information from which decisions could be made about the possible impact of nuclear waste disposal and the associated societal problems. Between 2004 and 2010, the programme was allocated a budget of SEK 23 million (about €2.5 million).

During this time it funded 18 research projects and produced both popular scientific articles and a large number of presentations and scientific publications. Topics included the impact of a final repository on the economy; difficult and complex decision-making processes; individuals’ perception of risks and opportunities; and various changes in the surrounding world that may affect current and future attitudes and decisions.

The research was relevant for the ongoing site selection process, which came to focus on the municipalities of Östhammar, near the Forsmark nuclear site north of Stockholm, and Oskarshamn, in southeast Sweden where there is also an existing nuclear site. The siting process finished with the decision in 2009 to focus on Östhammar municipality, specifically Söderviken southeast of the Forsmark nuclear power plant.

“Then later, when we started site characterisation, we decided to do more social science research. It was for SKB but also for communities and councils, to meet our need to have a deeper understanding of some of that previous research. There was a need both within SKB and also wider society.

“I think this kind of social investigation is done in many repository programmes but this kind of research started in Sweden before other countries’ programmes. France, for example, is now doing that. But I think it is the size of the programme that is unique to SKB."

Engström pointed out that Sweden realised the importance of social science and ethics research in nuclear waste programmes before other countries. She said: "We understood very early about that and saw that in order to have a successful nuclear waste management programme you must have 50% technical research and 50% social research.

“It is not just a technical programme, we realised that we needed to consider other things and focus resources on that. That was our need, to be able to understand these things and the reason we started the social science programme."

She continued: "I think it did influence us and it involved people in our decision-making process. There was lots of involvement
and that was actually very important to the success of the programme and it gaining acceptance. It was an opportunity to exchange views and deepen collaboration.

“Social science research is an absolutely key need for a nuclear waste repository programme and it is a complex process, there are several aspects of social science we used to prepare our programme. More and more programmes are getting into the way of this."

Failures in long term waste disposal programmes are not technical problems, according to Engström. She said: "Repository programme failures have never been because of the technical work, they are always due to the social challenges.

“Hence, if you want different results, you need to take a different approach and integrating social science from the beginning is required. The approach must be genuine and you must pay attention to the political situation and voluntary participation process. You cannot force a facility on anyone."

Engström did not think it would be useful to have a comprehensive international study on attitudes towards final disposal, nuclear waste and nuclear power in municipalities throughout the world. She explained: "The problems are the same at a certain level but each country is different and has specific problems.

“There are particular problems and political differences in the structures of each country. In federal states you have different levels of political and social structure like municipalities, communities, states and federal government.

“We can see that this creates many more problems in other countries than in ours. There is no ‘one size fits all’ answer to nuclear waste disposal and I can see this from my work in France and the US.

"We, at SKB, share our work and experiences, and the countries in Europe have their various organisations to share knowledge. I think that this is more important than to have this kind of international study."

The Swedish Radiation Safety Authority and the municipality of Östhammar have asked SKB to look into this.

In 2011, SKB published ‘Social Science Research 2004-2010. Themes, results and reflections’, which drew together the bulk of its social science research to date. While noting that societal issues are constantly changing, SKB said the research provides important pieces of the bigger picture when it comes to radwaste management. It also said the research programme might contribute to an enhanced understanding of other major industrial projects, inside and outside Sweden.

SKB pointed to the fact that the work could, to an extent, be applied in other countries. Some relevant issues could be: understanding and management of uncertainties today and in the future; economic development of regions in relation to industrial establishments; significance of individuals’ perceptions and evaluations of risks in their geographic proximity; and the significance and shaping of broad participation processes in societal decision-making.

In reviewing the research, the SKB publication asked why only SKB had funded social science research around nuclear waste to this extent. It also stressed the research is conducted and presented openly and in public.

“Publication and dialogue are not ends in themselves, but necessary tools for the development of broad perspectives, new insights and good solutions," it states.

In terms of socio-economic impact, the research concluded the repository would provide a "substantial, valuable and quite sustainable" contribution to the economy, local employment and the population. This would be the case in both candidate sites but not to the same extent in each area. The work also noted that additional development resources are given to the area that does not get the repository.

Among the programme’s publications:

‘Local development and regional mobilisation for technical and large-scale projects,’ by Lena Andersson Skog of Umeå University, concluded that an investment in a final repository for spent nuclear fuel will have a local impact, but that ultimately it will not be sufficient to propel socio- economic development. Factors related to the political process and public debate on nuclear power may well influence the local economic outcome, for example at Forsmark nuclear power plant. This plant went through a long construction period as a result of the complicated political situation related to nuclear power.

‘Long-term socio-economic impact of major investments in small and medium-sized districts,’ by Urban Lindgren, also of Umeå University, used a specialised model and found that local procurement could reach a maximum of 34% in Oskarshamn and 17% in Östhammar. It is estimated that over four- fifths of the investment would leak out of Östhammar because local businesses would not have the capacity or expertise to run the required delivery projects. In total the research found that the number of jobs per year could reach 460 in Oskarshamn and 320 in Östhammar. Requirements for the location are also discussed, for example the fact that SKB believed the spent fuel encapsulation plant should be built next to Clab (the interim store for spent fuel), which is located in Oskarshamn.

‘Resource or waste? International decision-making regarding spent nuclear fuel,’ covered research by Arne Kaijser, of Stockholm’s Royal Institute of Technology. Of the countries in his study Finland, Germany, the former Soviet Union countries and Japan, he found a clear historical dividing line between countries that have decided to reprocess fuel and those that have chosen only final disposal. Unlike Sweden, the countries that have chosen to view spent fuel primarily as a resource rather than waste have invested in reprocessing. Nuclear power’s connection to military objectives has also influenced the options, he found. Kaijser highlighted Finland’s position as a country that does not excel in nuclear power technology and has chosen to cooperate with Sweden on its own advanced waste disposal programme.

‘Ethical and philosophical perspectives on nuclear waste’, was published by Sven Ove Hansson, of Stockholm’s Institute of Technology. He considered the concept of risk and said that the definition of risk as an expected value differs from the definition
of risk as a probability, in that the former accounts for the severity of the outcome. The choice of risk definition affects the perception of reality. Hansson also considered how to relate to unknown hazards, e.g. potentially negative outcomes of a not-yet-introduced technology or a genetically modified life form. This type of uncertainty could be termed "unknown possibilities", since the potential outcomes are not known, and therefore there is no way to estimate their probability.

Hansen also studied the uncertainty around future human action, specifically how predictions of future actions or human-influenced events become increasingly unforeseeable with interactions. He asked, could we attach probabilities to various future human attempts at accessing the final repository?

He compared ethics and radiation protection on the basis of three characteristics: weighing (pro- and con- comparisons for each alternative), limit demarcation (prohibition or duty-based ethics), and orientation (virtue ethics). He said radiation protection to a great extent is built on principles that correspond to these three basic moral philosophical components.

Hanssen discussed how to evaluate outcomes in the far future. He concluded that discounting is not applicable to long term perspectives and that such a conclusion is relevant not only to nuclear waste issues but also to the climate change topic.

Science and its limitations were also studied, with Hansson concluding that we have to act and decide in spite of uncertainties.