Oil and gas innovation: a journey beyond inspiration

The birth of new technology or a procedure that could enhance oil recovery or open up new applications is just the start of the innovation process. Shell’s chief scientist for chemical engineering Joe Powell speaks to Jim Banks about how the real hard work is done at the process development stage, when an idea becomes a reality. 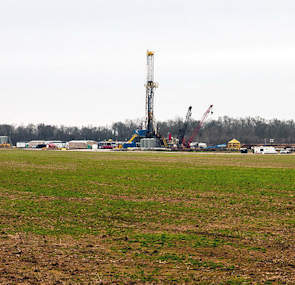 The importance to society of hydrocarbon recovery, as well as the products and substances that are derived from oil and gas, is so great that the industry is constantly driven to innovate. There has never been a more pressing need to find new sources of energy, in the form of alternative fuels or by tapping previously unviable reserves of oil and gas, so the industry is pushing itself to find inspiration in the upstream and downstream spaces.

Innovation, however, is not just about inspiration. A new idea is the catalyst for a development programme that can be lengthy and costly. It is in process development that the real work is done, because it is the graft of turning a new concept into a viable reality.

"We look for new ideas and then use process development to commercialise them, and it is definitely the latter that is the most challenging part," explains Joe Powell, Shell’s chief scientist for chemical engineering. "For example, I have just come out of a two-hour session designed to produce new ideas for fuel economy. The group came up with 650 ideas, only ten of which are really new ideas and only three of which are likely to be developed commercially.

"There is a more pressing need to find new sources of energy, so the industry is pushing to find inspiration in the upstream and downstream spaces."

"People think that innovation is all about inspiration, but ideas must be tangible. With any new idea we have to ask what the game-changer is and how it will make a difference to people’s lives."

Powell’s brief as the lead scientist at Shell’s chemical engineering division is very broad. It covers chemical engineering, responsible energy, reactive distillation, biofuels, specialist chemicals, carbon capture, e-mobility, new materials and enhanced oil recovery. In his long experience at Shell, he has seen many new ideas come to fruition in the downstream and upstream sectors, and he believes that both still provide fertile ground for innovation.

"In terms of recent innovations, I have developed many processes for chemical applications, including a greener way to make compact discs," says Powell.

"Now, there is a lot of work on biofuels, enhanced oil recovery and technologies for new chemical products. The most satisfying ideas are the ones that you can follow through from inception to the point where you are pushing the button to start up the commercial plant.

"There is a lot of potential for innovation in the energy and petrochemicals business, but the nature of the industry means that we are looking for mega-scale developments that need large capex investments. We are definitely looking at more strategic innovation."

Oil and gas’s pattern of innovation

The oil and gas industry’s focus on capital-intensive, strategic innovation demands an extremely rigorous approach to innovation. Given the significant investment that must be made to develop game-changing technology, it is vital to ensure that the potential of a new idea is matched by progress during the process development stage.

"We want to nurture new ideas, but we have to be very questioning from the outset – we call it stage-gating," explains Powell. "We start by looking at what the value to society of the idea would be if it were to perform as expected. Then we put in place appropriate metrics and milestones for each step in the development process. There is an ongoing economic model against which the idea is measured.

"We begin by assuming that the idea will work, then we break down the development process into steps and use milestones to measure its progress against its potential. We are looking for the show-stoppers and the bottlenecks at each stage."

A key part of the stage-gating process is to look at a new concept in context, not in isolation, in order to fully explore its potential and understand the real impact that it will have on the business as well as on the broader world.

"In research, you may find that you are good at one process, such as the development of a catalytic reactor, but that you don’t initially understand the bigger picture," says Powell. "You always need to have the full framework if you want to make that kind of technology work. You have to look at the commercial, organisational and political aspects at all times."

Looking beyond the sometimes narrow confines of a specific idea also means drawing on past experienced to inform any development process. In essence, innovation is as much about using defined elements with proven value as it is about blue-sky thinking.

"We have templates for projects that we can adapt to the R&D process," says Powell. "There are work processes that are designed to trigger the imagination and focus ideation, so we start by using those. But we also have to look at the unique ways to progress an idea in order to bring it forward to its full potential."

Given that there is a vast and growing number of applications to which the raw materials in hydrocarbons can be put it may seem easier to innovate in the downstream space than in the upstream space, where technology for recovering oil and gas is mature. Yet Powell believes that this is not the case. Downstream innovations are certainly a key focus. One important focus for Powell, for example, is biofuels.

"It is a ‘back to the future’ moment because we are returning to the first fuel stock that civilised man used," he explains. "The challenge is to take biomass and create viable, fungible fuels that are similar to fossil fuels."

"As a company, Shell is looking at new opportunities in gas. Soon we may be producing more gas than oil, so we are looking at making chemical intermediaries from gas that may currently come from oil. There could be a change in the dominant feedstock and we have to adapt to that. We are also looking at enhanced fuels and carbon management will be very important, too. It is a very exciting time to be in the energy business because there is a focus on new, clean and responsible energy."

"The challenge is to take biomass and create viable, fungible fuels that are similar to fossil fuels."

Nevertheless, some of the biggest changes in recent years have been to upstream applications.

"The upstream space has tremendous potential to find new ways to increase the production of hydrocarbons," says Powell. "The biggest innovation in my lifetime is in the upstream space – fracking and the exploitation of shale gas reserves have significantly changed the cost profile of energy, especially when combined with the horizontal drilling techniques that have evolved."

The impact of shale gas in the US has been remarkable and is steadily pushing the US towards becoming a net exporter of natural gas. It is changing the economics of the industry and, in turn, is pushing the next phase of upstream innovation. Once again, that process of innovation will call on process development skills every bit as much as inspiration.

"There is a common misconception that someone has a Eureka idea and it quickly becomes a commercial reality," says Powell. "Usually a new idea generates a lot more problems. Process development is about solving those problems. It takes a concerted process of idea generation to solve the ensemble of problems that come up when a new innovation happens."

"In process development, we like puzzles. We want to know how to fit the pieces together and make things work that didn’t work before. That is the exciting part of R&D."