Constant innovation in recovery techniques is enabling the industry to extend the lifespan of mature fields, but as Jim Banks discovers in discussion with Lance Cook, chief scientist for well engineering and production technology at Shell, maintaining well integrity in older assets is every bit as important. 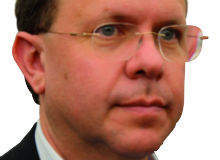 As the world’s demand for oil continues to grow, there is increasing pressure on producers to find new reserves and extract more from existing assets.

The industry has made great strides in recovering more oil through advanced techniques and technology, thus lengthening the lifespan of mature fields.

Primary and secondary recovery processes usually extract 30-35% of the oil in a reservoir, which means around two thirds of the oil in conventional reservoirs worldwide is left behind. Studies suggest that just a 1% increase in the global efficiency of hydrocarbon recovery would raise conventional oil reserves by up to 88 billion barrels, which is equivalent to three years’ production at today’s levels.

The primary recovery phase relies on the natural reservoir pressure to force oil into the wellbore, while in the secondary or improved oil recovery (IOR) phase, water flooding or gas injection boosts declining pressure. Tertiary recovery or enhanced oil recovery (EOR), which can be used at any point in the life of a field, relies on the reduction of surface tension or viscosity to encourage the flow of oil trapped in the rock by injecting chemicals, gases or steam into the reservoir. EOR may help extract a further 5-20% of the oil, and it may be possible to increase total recovery levels up to 50-75% or more.

Whether EOR techniques are used in mature fields depends a lot on the price of oil, which must be balanced with the cost of upgrading infrastructure.

"It all starts with getting the basics right, with effective well and reservoir management processes, field surveillance and operational excellence practices – and through this, delivering a cost-efficiency and recovery platform that enables bringing in more advanced technologies," says Lance Cook, chief scientist for well engineering and production technology at Shell.

"When on average only 30-35% of the oil in place is recovered through primary or secondary processes, and a lot of potential is still remaining in a specific field, in many cases it wouldn’t be economically sensible to abandon an activity, nor would it be from the viewpoint of rising energy demand. Once we walk away and decommission the infrastructure, it will be much more difficult to justify recovering the remaining resources at a later date," he adds.

In extending the life of an asset it is essential to demonstrate integrity at all levels and comply with standards, which include verification and assurance of aging assets to protect the environment. Shell has built a process in its well management system, called a ‘further use proposal’, whereby an asset, after reaching a certain age or having been dormant for a certain length of time, is triggered for review.

"In general terms, there are two key aspects of well integrity we need to look at. Most important is containment, or the well’s ability to protect downhole assets like groundwater and prevent surface discharge. Second is the well’s ability to function effectively within its operating envelope and assure containment. When we look at redevelopment programmes on aging fields, we first have to determine what the new operating envelopes will be and then determine the ability of the existing infrastructures to handle those loads and enhance it accordingly, if necessary," he adds.

One significant well integrity issue that frequently arises stems from changes in the operating envelope due to annular pressures, and communication between conduits or external environments that are often caused by corrosion or degradation of reservoir isolation.

"We manage and monitor the status of all of our wells globally through an electronic global well integrity management system called eWIMS on a two-hour refresh basis," explains Cook. "I can sit at my desk and see in real time whether corrective or preventive maintenance has been done. Changes to the operating envelope are flagged automatically through reading of pressure sensors or detected manually from assurance tasks or investigations so we can take action accordingly."

"As long as the operation envelopes do not change, we are usually dealing with routine repair and maintenance issues, no matter where our wells are in their lifecycle. The issues arise when we want to change the operating envelopes post-construction – perhaps by implementing a water flood where the original design considerations did not anticipate that. In such a case, the entire asset base has to be re-evaluated for the new operating environment, and various upgrades usually have to be implemented," he continues.

Pushing the boundaries of technology

There are many issues that affect the productivity of mature fields, but one key source of downtime is artificial lift repair and maintenance.

"Improvements in run times and efficiency have been important, as have improvements in how the equipment is run and retrieved," notes Cook. "Similarly, uptime on injectors and control of where injected fluids are going are critical.

"If you look at deepwater well intervention and completion, for clear economic reasons it makes sense to seek alternatives to using a drilling rig for completions and any subsequent intervention work. Over the past few years, we have made a series of important advances and installed oilfield trees on wires from a workboat equipped with a simple A-frame or a crane."

The first use of this equipment was in the Gulf of Mexico, followed by the Ormen Lange field in Norway and the Bonga field in Nigeria. Since then, Shell has added initial clean-up procedures via the host facility rather than a drilling rig, and acid stimulation capability in deepwater wells from a boat. Another step forward is the ability to conduct open-water wireline work in water depths up to 2,000m.

"In 2009, Shell successfully replaced a valve in 850m of water in the Gulf of Mexico using open-water wireline technology."

"Many thought this would be impossible, but in 2009 we successfully replaced a valve in 850m of water in the Gulf of Mexico using the technique," says Cook. "At the beginning of 2011, we also used it in the Bonga field offshore Nigeria in 1,155m of water and saved millions of dollars. In June 2011, we set a depth record in Brazil in 1,890m of water. We now have plans to build a system for interventions on caisson electrical submersible pumps without using a drilling rig.

"Another theme – while not unique to the age of the field – is computer-assisted operations. These are continually evolving and play an ever- more critical role in all aspects of our production operations. The additional efficiencies they produce in turn extend the life of aging fields. Besides the rigless intervention, the continued improvement in real-time production monitoring capabilities is giving us a better understanding of the big picture of these complex operations. Our ability to do reservoir performance surveillance, monitor individual well and facility performance and behaviours, and get early warnings of potential problems have improved greatly since I joined the oil industry in 1980," he adds.

Improved capability for monitoring well integrity – watching production parameters while comparing not just reservoir fluids but also fingerprinting the aquifer that needs protecting – is now widely used to get early detection of possible unwanted influxes or communication between zones.

An emphasis on innovation

Continuing the push for new technology and techniques to enhance oil recovery and extend asset lifespans is a priority for the industry, and therefore approaches to well integrity must evolve in line with these new production methods.

"Given that oil fields around the world are maturing, increasing recovery is more important than ever, and so is our technology innovation in this field," says Cook. "Backed by a total R&D spend of $1.1 billion, Shell has a comprehensive EOR technology programme that includes initiatives at different stages of maturity.

"To name just a few: from nitrogen or carbon dioxide foam in the R&D phase and in-situ upgrading or solvents in the demonstration phase, to alkaline surfactant polymer floods, which we trial in projects across the world, including one of the world’s largest operating polymer floods in Oman."

Another example is distributed acoustic sensing (DAS), which has applications in tight gas operations but can be leveraged for geophysical reservoir monitoring to enable enhanced oil recovery and maximise the value from existing assets.

"Mature fields worldwide account for a large proportion of the global oil supply," says Cook. "So, effective strategies to maximise the amount of oil we can recover from them are vital to future supply.

"In the case of Schoonebeek, for example, NAM – a joint venture between Shell and Exxon – terminated oil production from what was the largest onshore oilfield in Western Europe in 1996 because the heavy, viscous oil had become increasingly difficult to recover with the techniques and infrastructure available at the time. Only about 25% of its estimated one billion barrels of oil had been recovered from about 600 vertical wells. A few years later, growing energy demand and advances in thermal EOR technology led NAM to seek redevelopment options," he adds.

There is now a plan to reopen the western part of Schoonebeek, where previously only 15% of the oil in place had been recovered, and the goal is to increase the recovery in the target area and produce an additional 100-120 million barrels of oil in the next 25 years.

Such projects serve to underline the industry’s focus on safe and reliable production from mature assets.

This article was first published in our sister publication World Expro.