A narrow focus on cost alone may be leading to misconceptions about the real value of energy storage according to a new report from the World Energy Council, E-storage – shifting from cost to value, the work of 23 industry experts and academics belonging to the WEC storage “knowledge network”, with DNV GL and PwC as lead organisations. 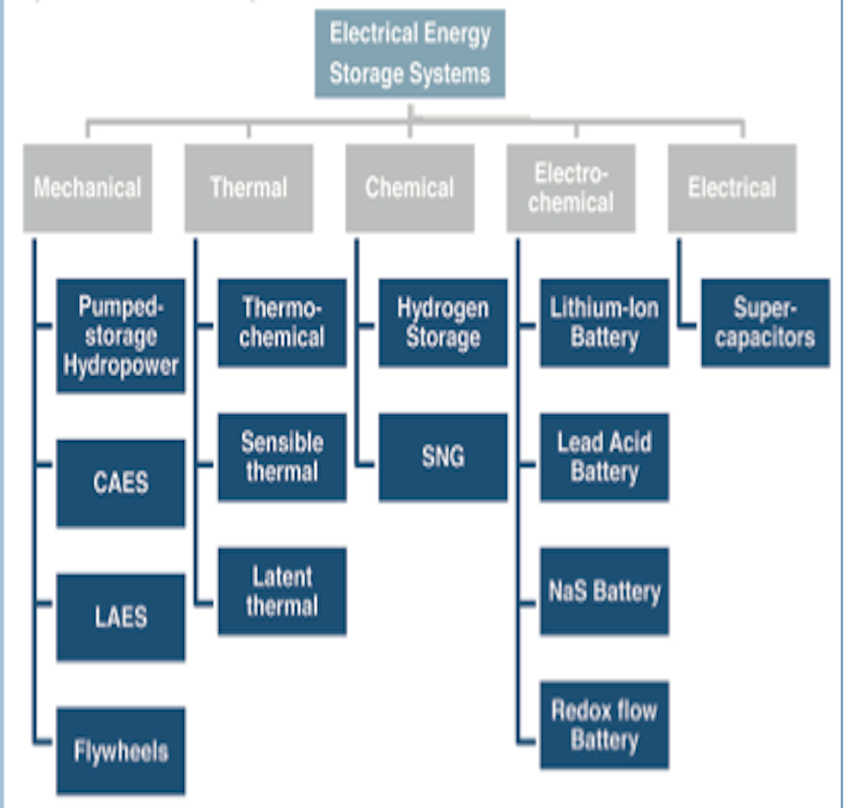 The report, which focuses on solar and wind applications, says that the focus only on investment costs is leading to the perception that energy storage is more expensive than it actually is because it ignores the system value of stored energy.

The report is calling for the true value of energy storage to be recognised by taking into account both its cost and revenue benefits. It looks at a number of storage costings across the technology spectrum to conclude that the widely used levelised cost of energy methodology is hindering the progress of energy storage. The analysis identifies "double trouble" problems with the methodology, namely arbitrariness, which does not allow for differences in application cases, and incompleteness, as only a limited account of revenue is taken into account.

The report also estimates that with the many new technologies in the pipeline, storage costs of energy will fall by as much as 70% over the next 15 years. Solar storage will become more competitive as new battery technology drives prices down, and wind storage more attractive as technical advances in areas such as composite materials enable the power generated by wind turbines to increase. While batteries are currently too expensive for large-scale use, the report says, improving technology is cutting costs, which means storage systems could replace some plants and avoid the need for new ones, as well as reduce demand for oil.

In order to create the right policy environment that will unlock the potential of energy storage and capitalise on its true cost and value benefits, the report makes five recommendations to policymakers:

• Go beyond just costs – cheapest is not always best.

• Work with operators and regulators to accelerate the development of markets that reward flexibility – often the full value of flexibility is not sufficiently recognised and monetised.

• Consider storage as a key component for grid expansion or extension.

The report warns that the value of stored energy needs to be assessed on a case by case basis because revenue streams will vary over time and between countries as they are dependent on the market, policy regime and variability of competing resources.

The report uses the concept of levelised cost of storage (LCOS), which is the (fictitious) average ‘net’ price that must be received per unit of output (effectively kWh or MWh) as payment for storing and discharging power in order to reach a specified financial return. In other words, it reflects the average ‘net’ price the project must earn per megawatt- hour (sold over the entire lifetime of the technology) in order to break even on the investment and operational costs. The LCOS calculation aims to standardise the units for measuring the lifecycle costs of storing and discharging electricity, thereby facilitating the comparison of the cost of discharging one megawatt-hour of stored electric energy by each technology.

The application case considered for solar storage is daily storage, with six hours discharge time at rated power. For this application, the LCOS for the most competitive energy storage technologies was found to be in the range 50-200 €/MWh. By 2030, a much wider range of technologies promise an LCOS below 100 €/MWh and it is particularly striking that battery technology becomes much more competitive, says the report.

As noted, the findings suggest a significant decrease in cost for the majority of storage technologies from 2015 to 2030. Battery technologies followed by sensible thermal, latent thermal and supercapacitors show the greatest reductions in cost.

Battery technologies show a reduction from around 100-700 €/MWh to 50-190 €/ MWh by 2030 (2014 €), which is a reduction of over 70% in the upper cost limit in the coming years. Pumped storage shows the lowest cost reduction, due to the current maturity level of the technology, followed by compressed air energy storage.

Among key conclusions of the report are the following:

• Context matters: Economic analysis of storage conducted without a specific context, is both arbitrary and incomplete. Applications should be assessed on a case-by-case basis.

• Wide variation in energy storage costs: This reflects the immaturity of the storage industry in combination with generation and grid applications. Increased use of renewable energy generation will increase the demand for energy storage and then economies of scale and improvements in the manufacturing and engineering of batteries will bring costs down further over the next couple of years.

• The industry’s focus on cost seems to stem from two areas: First, it is a legacy from the renewables industry, which tends to have a very narrow focus on LCOE, as it benefited from policy mechanisms which de-risk its revenue streams. Second, the focus on cost stems from the fact that in most energy markets, flexibility is not sufficiently valued or monetised. This narrow focus on levelised cost helps explain why the business case for storage is often poorly formulated, resulting in misperceptions.

• From a country and societal perspective, the value of storage is the ability to provide power quality and reliability, and security of supply. This can be in the form of uninterrupted power supply to end-users, providing some reserve margin or initial power to restart the grid after a blackout. In this context, high reliability is more important than high costs.

• Storage creates additional value through its function of levelling the load, it enables deferral of grid investment, especially at congestion points and creates the possibility of price arbitrage.