The real-time monitoring of sediments is now a reality following the development of a new system which measures the total sediment concentration and size distribution of suspended sediments in rivers, writes O.A. Mikkelsen, Y.C. Agrawal and H.C. Pottsmith 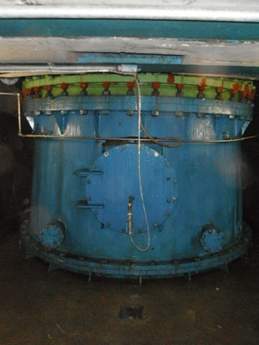 Sediments have emerged as the big challenge for sustainability of hydropower plants and reservoirs. In parts of the world where rivers carry sediments in concentrations of several thousand milligrams per liter (mg/l, equivalent to parts per million (ppm) by mass), not only do sediments lead to rapid loss of reservoir storage capacity by settling of sediment, they also destroy turbines by ‘sandblasting’ them. It is common for rivers in the Himalayas and Andes, as examples, to cause substantial damage to turbines in just a few thousand hours of operation. Now, there is a system that measures the total sediment concentration, and size distribution of suspended sediments, and alerts plant operators when the sediment concentration is about to exceed a threshold set by the operator. In this manner the operator is capable of quickly making an informed decision to take action to protect turbines during very high sediment episodes. The instrument system is called the LISST-Infinite.

The LISST-Infinite is a particle sizing instrument based on laser diffraction technology. Laser diffraction relies on the fact that any particle of a certain size has a unique way of scattering light. This can be thought of as a “fingerprint” of the light scattering characteristics of the particle. This fingerprint can be computed mathematically for any given particle size. When the combined fingerprints of many particles of different sizes and abundance are measured simultaneously using laser diffraction, mathematical methods allows one to compute the concentration and size of all the particles creating the combined scattering pattern. Laser diffraction is the de facto industry standard method for measuring the size distributions in a wide range of industrial processes, from the dairy industry, coffee grinding to pharmaceutical products and cement powders. The reason for the popularity of laser diffraction in these applications is that the measurement itself can be done very quickly, in a few seconds, and the subsequent data processing and display takes another few seconds. It is therefore an ideal tool for quality control wherever rapid feedback on the outcome of a process on the final product is needed. The LISST-Infinite is a laser diffraction instrument designed for long-term unattended use in HPP where it is desired to monitor the sediment concentration and size distribution on a continuous basis, without the need for any particular operator training. The LISST-Infinite can measure particle sizes up to 0.5 mm and particle concentrations from ~20 mg/l to 50,000 mg/l.

The Hidroagoyan hydroelectric project in Ecuador is a 250MW plant downstream from the town of Baños in Tungurahua province. It’s two vertical Francis turbines were each equipped with a LISST-Infinite laser diffraction particle sizing instruments in May 2011. Turbid water from each of the draft tubes is conveyed in 6mm diameter Tygon tubes to the LISST-Infinite instruments. As the water passes through the instrument, a laser beam shining through glass windows of a built-in test cell measures multi-angle light scattering. This scattering data is relayed to a monitoring PC in the dam control room, where it is instantly processed to yield the particle size distribution and concentration. Although the system measures the particle size distribution in 32 size classes from 0.0025 to 0.5mm the operators see a strip-chart display of concentrations in three size classes, along with the total concentration. The three size classes are: fine (<0.075µm), medium (0.075mm to 0.2mm), and coarse (>0.2mm). For most applications in hydroelectric projects these are the size fractions that are currently thought to be of most interest when it comes to turbine abrasion potential.

The LISST-Infinite monitoring software controls the sampling frequency, process, displays and stores the sediment size and concentration data, and generates alarms when the sediment concentration exceeds an operator-specified threshold for each of the four size ranges displayed on the strip chart. The sampling frequency is selected by the user and can be as frequent as every 10 minutes, yielding up to 144 measurements of size and concentration per day. This contrasts with the manual sampling scheme used in many power plants, where typically only a handful of samples are collected and processed per day.

The data that are displayed on the monitoring PC are stored in a data file on the PC. On the first day of every month the file is automatically converted into an archive file that can be moved off the monitoring PC for more permanent data storage. If desired, the archive file can later be opened and viewed using the monitoring software, which can be installed on another PC. Several ASCII files are also generated, which enables to extraction of data to other applications, for example spreadsheets, for easy manipulation and report preparation.

By extrapolation of the current time history of the sediment concentration, the monitoring software provides preliminary warnings 12 hours before conditions reach the danger threshold, so that operators know to monitor the development more carefully. The alarm is visible on the PC display, as well as audible. Conversely, when the sediment concentration starts to decrease, the software will provide a continuous update of when safe conditions will permit plant operation to resume. The user can set alarm levels for the 3 size classes independently. It is believed by some operators and researchers in turbine abrasion that only some particle size classes, for example those particles >0.2 mm cause turbine damage. The software can therefore be programmed to sound the alarm only when the concentration of one or several of the size classes exceeds the selected threshold.

Other features that are built-in to the LISST-Infinite software is the capability to display a warning if the water level in the clean water tank becomes too low, which is a signal to the operator to check the water source and/or the tubing from the clean water tank to the LISST-Infinite. As an optional feature, it is also possible to convert the instantaneous concentrations displayed on the monitoring PC to a 4-20 mA signal, which can be output by the monitoring PC to the general SCADA system in the control room, where it can be embedded in the general data monitoring stream from other sensors such as vibration sensors, air gap sensors etc.

Because the LISST-Infinite measures the sediment concentration in the turbine water, the total sediment load passing through the turbines can be computed if discharge information is available. Together with the particle size distribution, these data will also help establish the relationship between abrasion potential of sediment grains as a function of grain diameter, head on the turbine, and grain hardness. This enables the plant operator to get a better feel for how susceptible the turbine is to abrasion and to better estimate the time between service and refurbishing of the turbine, wicket gates etc. It will also help the operator in establishing a time record of sediment load, which can be used when debating warranty issues with the turbine and/or coating manufacturer. For turbine manufacturers, LISST-Infinite data can be used to obtain better relationships for turbine abrasion potential in different regions of the world.

Plant operators In Ecuador, India, Switzerland, Bhutan and other countries are currently beginning installation of these instruments.