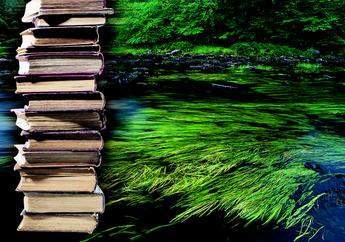 WATER POWER Industries AS (WPI) of Norway was founded in 1998 with the aim of building a device that could extract enough power from a slow moving stream to be converted into cheap electricity.

The Darrieus turbine was found to be an ideal starting point for the project. The turbine is a well-known construction that has been around for years, but it has been found to have some serious drawbacks. A Darrieus must be started by an external force, it is difficult to control the rpm and if the environment becomes too brutal, the foils must be set in a non-driving position or a brake must be applied to the rotating shaft.

Work has been focused on these problems because, if they could be remedied, it would produce a more modern and controllable turbine. At the same time it would lead to a turbine with a higher yield from a wider speed window.

The work that was needed was to combine symmetrical foils with knowledge of the foil paths on the circumference, and the power to guide them to this path.

The National Research Council of Norway (NRC) donated over US$7000 as a grant, which allowed the construction and testing of the Alfa model. This was built out of plywood, aluminium and some self welded steel parts as a normal Darrieus, but instead of arms to suspend the foils, full circle plates were used, making it possible to mount an unlimited amounts of equipment onto it.

Alfa went through two years of constant rebuilding and modifications, where it became apparent that the foils needed a surveillance system, that special motors should be used and that programming of electronic cards must be done by experts.

In November 1999 the path for the foil positions was established and WPI was then ready to build a scale model.

In 2000, NRC awarded a further US$145,000 to build the Bravo laboratory model, a floating H construction consisting of four floaters interconnected by a normal grid construction in aluminium. The outer distance of the parallel legs is 8m and legs are 10m long. The turbine is suspended from the transverse carrying member of the H. The turbine has a span of 5m and the foils are 2m long with a cord of 1m. The submerged depth of the foils is approximately. 1.8m. The rotating axis is connected to an inline gear and a normal small scale generator of 30kW capacity. The power produced is sent back into the river by three heating elements. Bravo floats in the water and is fixed to the banks by a simple system of six loaded steel wires of 12mm diameter.

Bravo was built with the help of a large construction company, Aker Maritime and a small welding and machining shop called Goltens. WPI had to build large parts like the foils, electric system and slip ring connectors. All components are off-the-shelf type, ranging from the aluminium plates and profiles to the electronic cards and motors.

The governing system consists of incremental and absolute positioning devices which, via electronic controlling cards, control special electric motors. These motors are connected to the foils by chain and sprocket. The system surveys the exact circumferential and angle position of each foil, compares it to the measured water speed and guides the foils into the desired positions. The system has a large computing capability and works in real time.

During summer 2000, Bravo was launched at the outlet of a Kaplan tunnel by a large utility producer 80km north west of Oslo. Unfortunately it was also the year of a severe flood. The outlet normally carries 150m3/sec of water but during the deployment, flows reached 660m3/sec. Due to a broken 24mm fixing steel rod, Bravo partially sunk but was later salvaged.

After this period Bravo was moved to a safer site. It has been used to try different governing systems and also to carry out field-testing of parts and equipment that claim to withstand outdoor use.

The main problems have been ingress of water and moisture during the summer and low temperatures in the winter. Bravo’s control system has been rebuilt several times and today is working as intended.

At the new site, Bravo floats in the 300m long outlet canal of a Kaplan installation, which is in many ways ideal, but ice will seriously limit use during harsh winters. Because of these limitations, an indoor 9 x 12m donut shaped water basin was constructed. The waterway measures 0.8 x 2.40m and four electric propellers create a water speed between 0.125–0.5m/sec. It is 6.4m straight from the last bend to the testing site.

The old Alfa model was rewired, rebuilt and reinstrumentated and a number of experiments were conducted under the auspices of the Norwegian University of Natural Science and Technology Department of Water and Electricity (SINTEF)

Dr. Sic. G. Berntsen of SINTEF found that a correctly tuned Alfa turbine had a net yield of 49.9% of the passing energy in the water window. The power that is needed to operate the system is subtracted from the initial reading. The effect was found to occur over a large number of water speeds.

The results of the testing were transferred to Bravo, which was accordingly rewired. It was found that Bravo acted as expected, but due to the relatively restricted swept area, there was insufficient energy in the canal to measure yield in kW.

During these tests close contact was kept with the owners of the Kaplan channel, Buskerud Energi Produksjon AS, a small shareholder in the company, which aided in finding suitable sites and provided valuable technical assistance.

According to WPI, the Darrieus turbine has the following advantages:

• Yield: the governing system, the shape of foils and construction as a whole ensure the turbine continuously runs at full capacity.

The ultimate goal is to approach a net energy yield of 59%.

• Start: the turbine can be started low down on the speed scale of a water flow, an important factor for the overall net power produced.

• Running: the controlling system allows control of the turbine to give maximum performance at all running water speeds with a constant rpm.

• Stop: in order to stop a WPI turbine, the foils are put in a position directly against the water stream. The speed of water on both sides of the foil will produce no lift and hence no rotational force.

There are three ways of installing a WPI turbine:

• A floating rig, fixed by wires to the shore or other fixing points, with a vertically suspended WPI turbine. The rig will be capable of handling reasonable difference in water speed and height, but the positioning system must be carefully laid out. It will be comparably easy to take the rig ashore under severe conditions.

• A platform with legs fixed at the riverbed. The suspending platform, with the WPI turbine has to be higher than the maximum possible water height. The long foils will work partly in and out of water.

• As above, but with the difference that the platform can be fixed at the river sides, for example in a gorge, and can be elevated in flood conditions.

• Systems that are connected to a national grid. If the installation is in the exit canal there normally will be a high kW line in the vicinity. The grid can give power to a still standing turbine. With the WPI system, low output motors will start the main turbine. This gives freedom to choose the most suitable generator system.

• An autonomic system that can be started with limited power resources, such as lead batteries or solar power systems. This would give unlimited freedom for installation and would be well suited to rural areas without a national grid. It has been discussed as a power source in less developed countries.

WPI is now actively seeking and inviting external funding. The main market is defined as downstream of existing river power stations. This has obvious benefits; the customers are in the power business, and they know how much water is passing through at any given time and over a long period. Also it would not be far to a connection point to the national grid.

Calculations show that it is possible to increase the output of a Kaplan site from 1–5%, depending on local conditions. Further testing this year will determine how many turbines can be deployed and at what distance from another in a given water stream.

Cooperation with a major electricity producer, which has statistical data from the last 80 years, shows that it is possible to produce power with the WPI turbine at a price between US$0.03–0.05 per kW depending on internal interest and decapitation time.

Today WPI has contracts to investigate the bed conditions downstream of two major Norwegian power plants owned by two different companies. Evaluation and bed testing of a low head site in the Glomma river is also being done.

For more information, contact Finn Kaare of WPI at: fkaare@online.no