Oman signs up for 3.2 GW of GT26 combined cycle 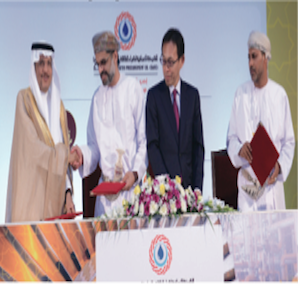 The project consists of two natural-gas- fired combined cycle power plants of 1509 MW and 1710 MW each, located at Ibri and Sohar in northern Oman, respectively.

Ansaldo Energia will supply the main power train equipment components, including, for each power plant, four GT26 gas turbines, four heat recovery steam generators, two steam turbines and six turbo generators, to SEPCOIII (Shandong Electric Power Construction Corp) of China, which will be responsible for engineering, procurement and construction on a turnkey basis. Ansaldo Energia will also provide field services to SEPCOIII – under separate contracts – during the construction phase and long term maintenance services to the operator after commissioning.

These projects mark what Ansaldo Energia describes as its first success with GT26 gas turbine technology (which Ansaldo was able to acquire from Alstom as a result of conditions imposed by the European Commission on GE’s takeover of Alstom’s power businesses in 2015).

Mitsui is the lead investor in Ibri Sohar-3 and the managing member of the venture, owning 50.1% of the project, with ACWA Power having a further 44.9% of the shares and DIDIC 5%.

Both plants will be owned and operated under a 15-year power purchase agreement with OPWP and will be connected to the Main Interconnected System in the Sultanate of Oman.

Commenting on the award, Paddy Padmanathan, President and CEO of ACWA Power, said: “These projects are of particular importance to us as they represent the largest single award in the region, second only to our existing Qurayyah IPP.”

Once commercially operational in early 2019 the Ibri and Sohar-3 plants will supply about 30% of electricity demand in Oman.