Oil & Gas Agenda Awards: and the winner is…

Welcome to the inaugural Oil & Gas Agenda Awards, honouring the best and brightest in the industry. In this issue we announce the winners in key categories that have shown their ability to drive forward the upstream industry, thanks to their technological innovations and market-leading know-how. 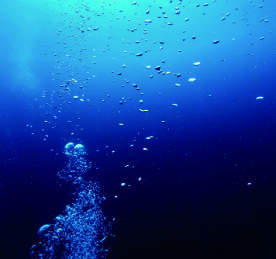 Sonardyne International’sSPRINT subsea inertial navigation system (INS) is designed to improve ROV handling by extending the abilities of on-board USBL and LBL positioning systems. By allowing ROVs to operate with greater accuracy and efficiency, SPRINT offers cost savings and increases reliability, even when other acoustic techniques become ineffective as the sea state changes, water depth increases or the operating range is reached.

OptaSense is at the forefront of fibre-optic distributed acoustic sensing (DAS) technology. This rapidly evolving technology is already being used by completion engineers for hydraulic fracture profiling – as well as by geophysicists – as a tool to acquire vertical seismic profile (VSP) measurements.

A sign of the value OptaSense has to the industry was seen when Shell signed a global commercialisation and framework agreement earlier this year to deploy fibre monitoring for hydraulic fracturing operations.

Dr David Hill, chief technology officer at OptaSense, commented: "DAS is rapidly proving to be a uniquely capable tool for in-well surveillance, and continuous flow monitoring is the latest application using this technology that we are providing to the industry. The ability to ‘see’ in real-time the flow effects along the entire well bore is enabling production engineers to control the flow dynamics and thereby optimise production."

Realising naval forces were unable to provide adequate security on their own against the increasing threat of piracy originating from Somalia and the Horn of Africa, the oil and gas industry began to employ private security at the turn of the decade, to protect its assets in a region that is key for the shipping of exported Middle-Eastern oil. Often accused of heavy-handedness, the ‘guns for hire’ initially had a bad reputation due to anecdotal evidence of the use of excessive force in dealing with pirates.

Step in SAMI, the Security Association for the Maritime Industry, which recognised that the explosion of private security providers needed better regulation. By only allowing membership to those firms that met its high standards and adhered to strict rules on the use of force, the commercial shipping industry could be confident that hired security was as effective as possible. The results speak for themselves, with piracy in the Somali Basin falling from 69 attacks on ships in 2010 to just eight last year, thanks to the joint efforts of the private security industry and naval forces.

With the aim of improving environmental risk assessment, six operators on the Norwegian Continental Shelf (NCS) banded together to develop the DREAM Charter project, which is tasked with creating a unified numerical environmental risk-based assessment model. Its development is in response to the need for a better means of quantifying the risks to the environment from regular offshore discharges by the oil industry. Participants include Statoil, Det Norske, ENI Norway, Total E&P Norway, BP and ConocoPhillips Norway. By calculating the environmental impact factor (EIF), the DREAM Charter has enabled a much more accurate assessment of the effects of regular discharges on the NCS.

With the industry moving towards a fourth-party logistics (4PL) model, which outsources the entire logistical process, as opposed to third-party logistics that target a single function, DHL has stolen a march on its competitors by offering a complete end-to-end solution. By designing and operating supply chains for all phases of the upstream industry, it has been able to offer greater efficiency to oil and gas companies, as well as creating cost savings.

BP and DHL signed a new five-year global agreement in October, which will cover all the oil major’s upstream logistics, and complements an agreement already in place for the company’s downstream activities.

Rick Monical, vice-president, category management at BP, said of the deal: "We aim to develop an integrated end-to-end supply chain for our upstream business to become more cost-efficient. DHL has been a reliable partner ever since we started working together and we look forward to expanding our close cooperation."