Chasing the wind: the challenges of offshore exploration

As the renewable energy industry chases the wind ever further offshore, the challenges of generating power from such as frequently hostile environment are posing some serious risks. Guido Benz of Swiss Re tells Nigel Ash how the insurance industry is attempting to understand and cover these risks. 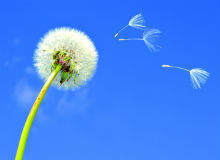 Wind power, ostensibly the most straightforward of renewables, has proven to be far more complex – and not simply for designers, engineers and operators. Some insurers, who originally brought their gas turbine experience to German onshore wind farms, suffered huge losses, principally because they miscalculated the lifetime on the wind-driven turbines.

Now the geography is changing to offshore. The challenge is that all the computer modelling in the world is not going to replace the reality of running a state-of the-art turbine and rotors 80m above the sea and up to 100km offshore. This is still a young industry, so risk mitigation is fraught, as there are insufficient data for those financing offshore wind. Insurance can provide protection. Indeed, Swiss Re’s Guido Benz asserts that projects that cannot be insured are unfundable.

A full picture of the risks

Despite the cuts in government incentives for wind power, there is, says Benz, a growing pipeline of projects. With that growth have come new entrants to the offshore insurance market and an increase in underwriting capability. This in turn has produced downward pressure on premiums. Some insurance specialists, however, have wondered if the newcomers have really yet acquired a full picture of the risks.

As Benz explains it, this is by no means a simple exercise: "In a comparatively young industry, there is a limited actuarial picture available, so a lot of the underlying risk models are based on assumptions, estimates and assessments, but without any long-standing historical data. These are new technologies that don’t have a long-term track record. This means there is a degree of technology risk involved for the project developer and the operator.

"But it also means that the technology aspect comes into play from an insurance perspective. The development and application of the technology has become a critical aspect when it comes to risk assessment, underwriting and negotiating proper terms and conditions."

Far from over-pricing risks in the early days, Benz says that insurers actually underestimated them. The original turbines were relatively small but the industry did not figure out problems such as the dynamic load when a turbine was put on top of the tower, and the effect this had on the unit’s life expectancy. Few if any wind turbines have reached the 25-year lifetime of the equivalent gas unit.

Offshore, the challenges multiply with the greatly enhanced risk of lightning strikes and adverse sea states, which can delay routine maintenance or emergency repairs, complicate support vessel allocation and mean that a wind turbine might not be accessible for days at a time. Over and above these hazards, underwriters have the more basic issues of the failure of moving parts (principally gear boxes and bearings), automated pitch control systems or electronics, and the danger of short circuits.

The insurance industry has benefited from the work of its European Wind Turbine Committee, for which Swiss Re was a prime mover, and which has sought to identify and calculate the greatest risks facing offshore wind. These are not what might be expected. So far, says Benz, a large proportion of claims has stemmed from damage to undersea cables, typically from seabed deformation or anchor drag. Such incidents are particularly serious if the cable affected runs from an offshore shared substation to the onshore grid. It is then likely that contingent business interruption (CBI) policies will kick in, over and above the cover for the damaged cable.

"In a comparatively young industry, there is a limited actuarial picture available, so a lot of the underlying risk models are based on assumptions, estimates and assessments."

One of the most obvious risks, that of a large vessel colliding with an offshore wind turbine, has been extensive modelled, says Benz, but fortunately no such ship has yet ploughed into a wind farm. He points out that most projects, with the exception of the Thames Array, tend to be away from busy shipping lanes.

The trick for insurers has been to keep pace with development within the offshore wind industry, which, says Benz, far exceeds the industry’s experience of onshore power generation.

"In the wind industry, the capacity of new turbines has actually increased at a much faster rate than was ever the case in the gas turbine industry," he says. "In this respect, it therefore makes it a more complex risk to assess and adds a higher level of uncertainty. This is possibly one of the reasons why the insurance industry in Germany lost a lot of money during the onshore cycles. We are now seeing a similar rapid development in the offshore wind sector, which does pose the same risks."

Working with data from the Economist Intelligence Unit, Swiss Re has been seeking to establish close relations with all the key players in offshore wind.

"We have brought together all leading players in the industry with the insurance and reinsurance market, to have a dialogue. As a result, I believe we have achieved a close interaction with new technologies, with turbine manufacturers, with project engineers, with loss adjusters, to get a better understanding of what the new technologies are, where the challenges lie and how insurance can respond to these."

The focus has been on the UK and continental Europe because, so far, that is where the greatest number of offshore wind projects has been initiated.

"We do see trends coming up in the US," says Benz, "where we have one major offshore wind farm project on the radar screen. This is driven by tax credits. Also, we are looking at Asia, where some pilot projects are taking shape."

The Fukushima nuclear disaster has caused the Japanese government to commit substantial funding and resources to renewables; in particular, offshore wind. Benz, however, points out that cash-strapped European governments are backtracking from subsidies for ambitious renewable projects.

"Some renewable projects, and I am not just talking about wind, have received some pretty harsh treatment," he says. "For instance, we have seen some quite significant reductions in government subsidies for solar power in Spain, which has essentially taken quite a number of solar power plants that were on the radar screen and pushed them back in terms of implementation."

The dialogue with the rest of the industry, initiated by Swiss Re and the 26 other members of the European Wind Turbine Committee, has produced a code of practice, similar to that evolved for tunnelling projects, which is likely to be finalised early in 2013.

"I think from an insurance perspective," says Benz, "it is of benefit to have a common level of understanding of state-of-the-art risk management practices, because it will mean that insurance capacity will be available for projects that meet these requirements."

The aim of getting predictability into offshore wind arguably does not extend to the wind itself. Offshore turbines still only have nominated capacity of 33-35%, or 22-26% for topographically challenged onshore units. But all is not lost: Benz points out that Swiss Re was one of the first of a still-small number of insurers to provide tailored cover for times of wind shortages. So we can at least rely on an insurance policy even if we can’t rely on the weather.