Growing concerns for energy security, combined with the pressing issues of air quality and climate change, have brought a resurgence of hydro power development across Canada, writes Pierre Fortin, President of the Canadian Hydropower Association 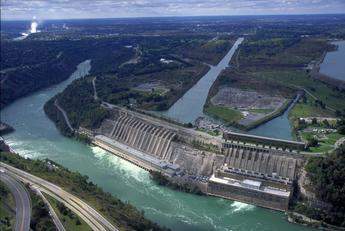 Since the development of the first Canadian hydroelectric plants in Niagara Falls, Ontario, and Shawinigan Falls, Québec, hydro power has contributed to building a prosperous, energy- rich nation. For over 100 years, the power of water has made a significant contribution to Canada’s economic growth by providing a reliable and affordable energy source that enabled regional development. Not only did hydroelectricity promote the growth and competitiveness of industries as diverse as aluminum and agri-food, it also allowed for the export of a world renowned expertise.

In the mid 1990s, hydro power development stalled for a variety of reasons: electricity surpluses, increasing competition from other sources, and regulatory obstacles. Because hydro power projects are capital intensive and require long lead times to plan and develop, the rising demand for electricity was met for the most part by coal and natural gas-fired plants, which are much quicker and cheaper to build than hydro projects. Fossil-fuel based power plants also face less costly and shorter environmental permitting processes. This situation has led to a 30% increase in electricity sector emissions since Canada signed the Kyoto Protocol in 1997.

The tide is turning, however. Concerns for energy security, combined with the issues of air quality and climate change, have brought a resurgence of hydro power development across Canada. Clean, renewable hydro can contribute to reducing greenhouse gas emissions and air pollutants. In addition, hydro power’s flexible, reliable and efficient operation makes it the best source to support the deployment of wind or solar energy.

Hydro development projects are being studied or planned throughout Canada. These range from major projects, such as the Conawapa generating station (1380MW) in Manitoba and the Gull Island project (2000MW) on the Churchill river in Labrador, to smaller projects, such as the Waneta Hydroelectric Expansion project (435MW) in British Columbia, and the Umbata Falls (23MW) and Glen Miller (8MW) hydroelectric projects in Ontario. More significantly, Québec, Ontario and British Columbia recently issued energy strategies in which hydro power is identified as a clean and renewable energy that can help meet the rising demand for electricity. A closer look at hydro power projects in these three provinces will give a good overview of the new hydro era in Canada.

With over 34,000MW in hydro power capacity representing 96% of the overall electricity production, Québec is the major hydro power producer in North America. The province’s potential represents even more than what has been developed to date – 44,000MW of technical potential, of which at least 25,000MW is economically feasible in today’s context.

In Québec’s Energy Strategy 2006-2015, published this spring, the government identifies hydroelectric development as a means of ensuring energy security for the province, while creating wealth via job creation and electricity exports to Ontario and the US. Over the next ten years, Québec plans to develop 4500MW of new hydro power, combined with an additional 4000MW of wind power, confirming the province’s status as a leader in clean, renewable energy. As wind power provides variable output of electricity, its development is concomitant with that of hydro power: ‘100MW of wind power will be added for every 1000MW of new hydroelectricity.’

One of the next major projects could well be the development of four hydro plants, totalling about 1500MW, on the Romaine river on the Lower North Shore in Québec. Pre-feasibility studies began in the spring of 2004. If the studies confirm the project’s profitability and environmental acceptability, and if the project is well received by local communities, construction work could start in 2008, after government authorisations have been received. The generating stations could be commissioned by 2013-2015, according to the promoter, Hydro-Québec.

Other projects are already underway in Québec, such as the Eastmain-1 and the Péribonka projects; in the works are the Eastmain-1-A and Rupert Diversion (768MW), currently undergoing environmental assessment.

Once Québec’s energy security is assured, the province intends to export surplus electricity to the neighbouring New England states. Considering that over 80% of their electricity is produced with natural gas, coal and nuclear energy, the purchase of clean, renewable hydro power from Québec makes strong ecological sense. For Québec, electricity exports represent an important contribution to the wealth and quality of life of the water-rich province.

The electricity supply gap in Ontario over the next 10 to 15 years presents a major challenge. The aging of the electricity facilities means 80% of electricity generating plants will have to be refurbished or replaced within the next 15 to 20 years. Moreover, because of health and environmental concerns, the provincial government is committed to phasing out coal-fired plants by 2009. In addition, the province has witnessed a decline in installed generating capacity, a population growth of 15%, and an economic growth of 45%. All this has placed an enormous strain on the electricity supply.

The government of Ontario has indicated that the province must refurbish, rebuild, replace or conserve 25,000MW of generating capacity by the year 2020. With 200 hydro power facilities accounting for about 7700MW of dependable generating capacity, Ontario produces one fourth of its electricity with hydro. While Ontario developed its most economical sites in the early 20th century, significant potential remains that would meet electricity needs.

With certain policy changes, new development in Ontario could provide up to 7500MW, and the import of hydro power from new projects in Manitoba, Québec, and Newfoundland and Labrador could add to the capacity, but only if East-West transmission capability is added. Some new projects are underway in Ontario, such as the Niagara Falls tunnel to the Sir Adam Beck generating station.

In its 2005 Supply Mix Report, the Ontario Power Authority (OPA) identifies 190 sites with a technical potential of 7521MW; however, it recognises that certain social, political and environmental considerations need to be carefully assessed before going ahead with the development of certain sites. For instance, 1500MW are inside parks and protected areas, and 4637MW are subject to agreement with Aboriginal peoples and the federal government. In addition, the OPA notes that some of the most promising sites are located in the north of the province – transmission unavailability and the cost of new transmission remain key impediments to the development of potential sites on northern rivers.

Due to rising electricity prices, reduced supply, and increasing concerns about air pollution and climate change, sites whose potential was socially and economically undesirable a few years ago have now become viable options.

Ontario is also looking at other provinces for new capability. The province signed a Memorandum of Understanding with neighbouring Manitoba to purchase 200MW of electricity, including a commitment to upgrade existing transmission lines to 400MW by 2009. Ontario and Manitoba are also working towards the development, starting early in the next decade, of the Conawapa hydroelectric development, and a major transmission line to bring power to Ontario.

BC Hydro is looking at a variety of options to meet growing electricity needs, including upgrading existing hydro power facilities, developing new capacity or buying from independent power producers.

The western-most province benefits from significant hydroelectric potential and large rivers that could accommodate large facilities. One project that has often been discussed is a dam on the Peace river, known as Site C. A large-scale hydroelectric project such as Site C could provide about 900MW or about 8% of the province’s existing needs. The project would take about 10 years to come on-line but it would have a lifespan of up to 100 years, ‘providing a secure supply of electricity at stable rates for generations to come.’

Another important strategy is to refurbish and upgrade existing generating facilities, increasing efficiency and electricity production with few environmental impacts. For example, BC Hydro plans to invest in upgrading the Revelstoke generating station on the Columbia river to yield approximately 500MW of additional capacity.

Canada has large undeveloped hydro power resources that can be developed with respect for the environment and in collaboration with Aboriginal peoples, as recent historic agreements in Québec and Manitoba can attest. The Wuskwatim project in Manitoba, for example, is the subject of a partnership agreement between Manitoba Hydro and the Nisichawayasihk Cree Nation, while Eastmain-1-A and Rupert Diversion results from the Paix des Braves signed in 2002 by the James Bay Cree and the Government of Québec.

Over 118,000MW of hydro power, almost twice the amount currently in operation, could be developed. All provinces and territories have some hydro potential. The development of hydro power’s clean, renewable potential can play a key role in meeting Canada’s growing electricity needs while reducing emissions of greenhouse gases and air pollutants – a win-win situation for the environment and the economy.