Vestas has announced that its multi- rotor wind turbine demonstration project in Denmark has produced energy for the first time. Vestas made it known in April that it would team up with the Technical University of Denmark to install and test the four-rotor concept, which it believes could help to reduce the cost of wind energy. 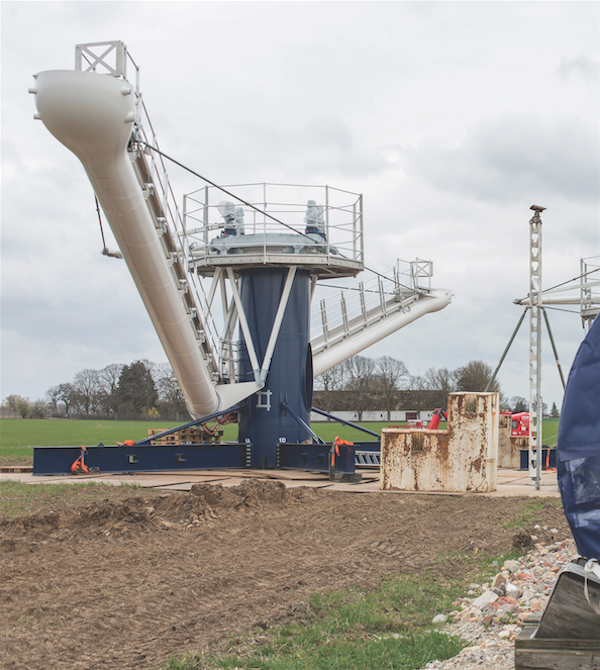 Installation of the demonstration model at the Roskilde site

The demonstration project, located at a test site near Roskilde, has now produced its first kWh “following satisfactory results of necessary tests”. Extensive testing of the concept turbine’s functionality will continue, said Vestas.

“Right now we are testing various software functions. One of them is the cut- out functionality, that is, that the concept demonstrator stops when it reaches the cut-out wind speed. Another one is the yaw system supervision that shuts down the turbine in case the yaw misalignment exceeds certain values,” said Erik Carl Lehnskov Miranda, senior specialist in electrical, load & control at Vestas.

The demonstrator uses four refurbished V29-225 kW nacelles mounted on a support structure. Full-scale converters and control features have been added to enable testing to be carried out.

Vestas devised the multi-rotor concept to challenge “the core scaling rules that turbines have to grow in size to increase their energy output”. Multi-rotor turbines could also overcome transport and logistical challenges in some markets, the firm says.

“Installing a concept turbine shows that innovation sometimes entails entirely new thinking and new approaches,” said Jorge Magalhaes, senior VP for innovation & concepts, in April. “This process of continuous innovation and exploration is extremely important. It provides us with essential knowledge that can help us bring down our products’ cost of energy and integrate key technologies to solve our customers’ challenges. Ultimately, the goal is to assess if we can build an even more cost-efficient turbine by challenging the scaling rules.”