More efficiency or less NOx? You can have your cake and eat it

A recent project at Kilroot has reduced all key emissions, while at the same time increasing efficiency. 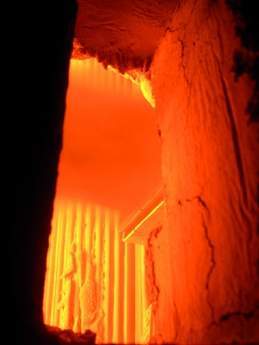 In the power generation and large combustion plant sector, the main challenge over the past decade or so has been that of bringing existing plant into line with new NOx reduction limits.

In Europe, these limits have been ratcheted down by a series of EU directives, but it has been a similar story in the US and just about every other nation with an environmental protection agenda.

Whilst it has been possible to achieve NOx reductions through tried and tested modifications such as by taking air away from the fuel, many plants have experienced negative knock-on effects such as an increase in the level of unburned fuel, leading to higher levels of carbon in ash (CiA) and increased fuel consumption, for a given output.

With fossil fuel prices at a record high, driven by a combination of increased demand in China and India plus some speculative trading within the energy and financial sectors, plant managers are now having to seek every possible efficiency improvement right across the board. What’s more, they have to do so in such a way that will not impact negatively on NOx emissions, which must be maintained within the levels laid down by law.

What we are now seeing from clients for our NOx emissions reduction service is a desire for lower emissions but, in addition, they are still seeking incremental improvements in efficiencies, throughout the whole combustion and power generation process.

For example, we have recently completed two major assignments at AES Kilroot in Northern Ireland, where we were tasked primarily with delivering NOx reductions, but in a way that did not impact negatively on any of the other key parameters, such as levels of excess O2, CiA and CO. The absolute values of these levels are all inter-related, but each one has an effect on overall boiler efficiency and this means there are also cost implications linked to them.

Let’s look at these parameters in turn. Going back to basics, the efficient combustion of any hydrocarbon requires the right amount of air to deliver CO2 and H2O as the byproducts of combustion. Insufficient air will deliver higher levels of CO and this has a number of negative effects that can be seen in Table 1.

For heavy fuel oil, the right amount – the stoichiometric value – is 13.8 kg of air to combust a kilogram of oil. For 1 kg of coal the value is approximately 9 kg of air, depending on coal type. Whilst these values work in the laboratory, we all know that in the real world of the power station, it is not possible to achieve perfect combustion at these levels, so in order to have a fully-burned fuel, it is normal to introduce additional air, known as excess O2.

However, too much excess O2 not only increases NOx levels but also leads to losses as there is a greater volume of hot flue gases exiting the stack and the energy used to heat those gases is effectively wasted.

And, as Table 1 shows, whilst reducing excess O2 delivers in terms of NOx reductions, it has the knock-on effect of increasing CO – this in turn has its own downsides.

For example, a raised level of CO can cause corrosion and wall-thinning in the boiler pipework, leading to failure and long and costly outages to repair the damage. It can also lead to combustion taking place beyond the furnace in the convective heat transfer parts of the boiler.

This happens when the CO is in high temperature areas and where sufficient additional oxygen is available for the CO to combust with it. Because this is uncontrolled combustion, it impacts negatively on plant performance. Ideally, this excess CO should be combusted in a controlled environment within the furnace. Once it combusts beyond the furnace, it is too late to control it and this introduces unwelcome variables into the whole combustion process, thus impacting adversely on boiler performance.

Therefore, the challenge is always to reduce excess O2 in such a way that CO levels do not rise unduly and cause the kind of problems noted above.

In addition, the changes to unit 2 on oil simultaneously delivered boiler efficiency improvements of 0.4 percentage points, rising from 87.9% to 88.3%. This may seem like a modest improvement, but when one considers that the plant uses over 60 tonnes of fuel oil per hour, this 0.4% improvement equates to a theoretical saving of more than $800 000 over one year of oil use. As a dual fuel plant (oil and coal), it does not burn oil all the time, but the numbers give an illustration of what can be achieved.

It is a similar story with coal. The changes made on unit 1 delivered a 0.7 percentage point improvement in boiler efficiency and working on the basis that the unit consumes in excess of 500 000 tonnes of coal per annum, at $200/tonne, this equates to a potential annual saving of over $700 000, just on one unit.

Factor in the additional revenue stream yielded by saleable CiA (potentially in the region of £15-£20/tonne for good quality ash with a CiA level below 7%) and suddenly the three-way deal of reduced NOx, plus boiler efficiencies, plus good quality CiA starts to look very attractive indeed.

And this doesn’t even take into account the cost of disposal of ash with a high carbon content. This material cannot be used by the cement/concrete sector and so ends up in landfill, at a typical disposal charge of £9 per tonne. On an annualised basis, a plant with an ash volume of say 120 000 tonnes (for a 500 MWe unit) is looking at a disposal cost of around £1 million, versus a saleable CiA revenue of £3 million, ie, a net difference of £4 million. And in these difficult economic times, when budgets are under pressure and primary input fuel costs have reached record high levels, this additional revenue source is definitely worth having.

So how did we achieve the ‘holy grail’ of lower NOx, lower CO and reduced excess O2?

In order to explain this properly, one first needs to take a step back and consider any power generation plant as a unique site in its own right. Typically, a plant wrestling with NOx emissions issues will have been operating for a number of years and a whole host of modifications – some documented, some not – will have been made along the way. Often the input fuel has changed altogether. For example, at Kilroot, when construction of the plant was completed in 1982, it was designed to run on oil. The conversion to burn coal as an alternative fuel was completed in 1989 and coal is now the primary fuel. Also, different fuels behave differently when combusted. Some coals burn more cleanly whilst others are less volatile and therefore harder to burn. All these factors impact on plant performance.

That is why each emissions reduction job must be seen as a totally new project; just because a plant might have the same make and configuration of burners as a sister plant, it does not follow that the emissions challenges will be the same.

So the first task is to establish exactly what is going on at each stage of the process, from the coal entering the delivery mechanism via the coal mills and classifiers, right through to flue gases exiting the stack. Clearly, there is absolutely no point in making any changes to a plant’s operating system until one has a clear idea of what is actually happening, in real time, under normal operating conditions.

Where a conventional, third party contractor might change an entire fuel delivery and burner system, replacing it with their own off-the-shelf components, we focus on getting the maximum performance out of existing equipment – which in the case of previously installed low-NOx systems might not be that old anyway – and instead concentrate on changing or modifying a small number of critical components, based on thorough plant analysis.

Our solution-based approach kicks off with a programme to capture baseline data from around 200 key points throughout the plant. This takes place when the plant is operating at maximum continuous rating for several hours. When necessary, we use specialist, third party calibrated instruments as a control for the plant’s own measuring equipment.

Once that has been achieved and the online data matches actual plant performance, we can work in this virtual dimension and make any number of changes to observe their impact, again in the virtual dimension, on the key targets: NOx emissions; boiler efficiency; and saleable CiA.

Using Pareto analysis, or the ‘80:20’ rule, many of the plants we are working with have already put in place systems to help deliver the bulk of their NOx reductions. But what we specialise in is delivering that final 20. However, as improvements are made over time, this means that the window of operation within which we can work becomes progressively smaller. That’s why we use CFD as it shines a spotlight on areas of the plant where small changes can effect major performance improvements.

That said, the CFD process can’t tell us everything, so we also deploy such things as fuel/air balancing using dynamic airflow modelling and rig testing.

At Kilroot, the scale model testing confirmed that in order to break up the rope of the coal stream a distribution device needed to be added in the coal pipe to each burner – but in a specific orientation that would not typically have been chosen for this, had the actual visual data not been available.

Furthermore, because the airflow delivery system for the Kilroot boilers is complex, the scale model enabled us to design and test the air baffles required to distribute the air evenly to the burners, knowing they would work once scaled up and fitted to the actual plant.

Similarly, to improve LCPD compliance on oil, CFD modelling was also used and confirmed that droplet size was an issue and that a finer spray would help deliver improved NOx, without affecting CO or plant efficiency.

Before making changes on site, we installed an existing oil-firing gun on a test rig and tested a re-designed oil nozzle to make sure that the droplet size would come down by a sufficient factor to deliver NOx reductions – as indicated by the CFD modelling.

Our approach is all about using what the plant has already achieved, emissions-reduction-wise, and building on that. We also recognise that plant operators need a simple set of emission-compliant operational procedures that work for any fuel at any MWe output.

The NOx and CiA reductions achieved at Kilroot are shown in Table 2 and the graph below. Lyle Woodard, project manager, AES Kilroot, summed up his view thus: “The single thing I am most pleased with is that we have not only reduced all key emissions but managed to improve operating efficiency in terms of MWh/tonne of input fuel. This has made a significant difference to our overall profitability at a time when power generation margins have come under increased pressure due to rapidly rising fuel costs.”