An unacceptable frequency of mooring line failures is attracting the offshore industry’s attention. Natalie Healey speaks to Hongbo Shu, chair of API Stationkeeping Resource Group, Shell International E&P, about why these incidents are occurring and what can be done to prevent them. 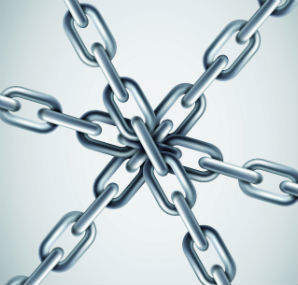 Gryphon Alpha, the North Sea FPSO facility shut down in 2011 after breaking loose from its anchorage during a severe storm, was announced to be back in action last year. However, memories of the dozens of workers requiring rescue and the vessel’s significant damage remain fresh in the minds of offshore executives. It took an estimated $1.8 billion to reinstate the ship.

The incident, where four out of ten lines parted, was certainly distressing, but it wasn’t particularly rare. In the last decade, more than 20 production vessel mooring failures have occurred, an average of over two a year. Episodes like these come with significant environmental and economic outcomes and can even put lives at risk. Consequently, improving the robustness of mooring systems remains a core concern for the industry.

And as operators attempt to extend the field life of some vessels, the number of adverse events can only be expected to increase. Deterioration over time can lead to breakages in single or multiple lines, so improving the integrity of such platforms is clearly vital for reducing malfunctions.

"The group, which includes more than 100 people from the oil and gas community, is working on a five-year revision cycle to modify the mooring station-keeping standards," says Shu, an engineer with two decades’ experience in the offshore sector, and a mooring technical authority for Shell.

He explains that the design standards vary according to the category of mooring system: whether it’s permanent or mobile. The former is designed for hydrocarbon production and at least 20 years’ service life. A mobile system, on the other hand, can be a drilling unit, a floating hotel or an offshore offloading terminal. These types of vessels tend to be deployed for up to a year at a time.

"When we differentiate those two categories of vessels, we set forth the different design criteria," says Shu. "For the permanent side, we require the vessel to survive with all mooring systems intact, meaning there’s no line damage, to survive a 100-year return-period storm."

The so-called ‘100-year storm’ is a weather event that has a 1% probability of occurring in any given year. But while production ships might be designed to withstand such conditions, very few have much reserve capacity above the minimal requirements. It follows that the longer a unit is deployed, the higher the chances of it encountering extreme conditions, and, consequently, system failure.

And, as the climate varies significantly in different parts of the world, return periods may have to be adapted. Shu reveals API also undertakes mathematical hindcasts from ocean data to deduce which regions might necessitate higher survival expectations than the conventional standard. Such an approach tends to be enforced for the design of permanent mooring systems in areas prone to cyclonic events.

"I recently saw some companies require the mooring design be tested for a return period of a 10,000-year storm in Australia," says Shu. "You have to invest in mooring hardware to survive that kind of progressively higher return period in an increasingly severe environment. It’s a level of risk tolerance and cost benefit. You have to balance the two."

He explains that permanent systems are also required to meet certain fatigue-life design criteria, allowing for the reduction in strength over time due to consistent tension.

"This is typically an analysed design life of a factor of ten times the service life if the component cannot be inspected while offshore," he says. "But if it can be inspected and replaced, then the factor can be reduced to three."

For the temporary mooring systems, the industry typically requires the vehicles to meet the same design margins as the permanent criteria, but with a reduced-severity-of-design storm. These types of systems do not usually require a fatigue analysis.

"However, if the deployment period is significantly longer than one to two years, it is still a recommended consideration," says Shu.

Another aspect to consider is the depth of water the vessel will be moored in. While chain is a common choice for vehicles in shallow water, the lighter and more elastic steel is a better option in depths of greater than 300m. But in recent years, synthetic fibre ropes have become increasingly attractive options for ultra-deep water.

"I recently saw some companies require the mooring design be tested for a return period of a 10,000-year storm in Australia."

Sometimes, though, even employing the most robust design principles is not enough to ensure mooring system failure will not occur. This is can be defined as component failure: breakage of one mooring line; or system failure: multiple line loss.

"It’s either a manufacturing quality issue or damage to the component during offshore handling," says Shu. "There are very few failures that are directly attributed to the fact that a designer overlooked the strength issue or the fatigue issue."

Occasionally, failures occur for more unpredictable and unusual reasons. Such mechanisms are troubling because they cannot be easily detected and prevented with existing integrity practices.

In September 2001, for instance, the Girassol loading buoy was installed on an oilfield offshore Angola in water 1,350m deep. It was anchored to the seabed by three groups of three anchor legs comprising 81mm studded chains and 130mm-diameter polyester ropes. But, after just over half a year of service, unexpected rupture of the buoy’s chains occurred.

"The subsequent industry investigation led by SPM concluded that the failure was controlled by an unknown phenomenon to the industry," says Shu. "It has recently concluded a joint-industry project that investigated the occurrence of the phenomenon, and is about to publish a design guideline to incorporate its findings."

Out-of-plane bending (OPB) was found to be responsible for the failure. Here, breakages are caused by bending fatigue of the first free chain link inside the hawser. In this instance, conventional ROV surveys were not able to detect the cracked links hidden inside pipes at the top of the mooring line.

The novelty of such failure mechanisms makes the integrity management of mooring systems a challenging prospect. But Shu has seen value in operators and designers sharing their experiences in an open forum, so similar occurrences might be prevented in the future. He says increased transparency has already revealed that some scenarios, formerly conceived as rare, are actually systemic in the industry.

"Within the API community, we have formed a Mooring Integrity Management work group to develop guidelines for the industry to consider during the design and operational phases to maintain the long-term integrity of the mooring systems," he says.

And it’s not a case of out of sight, out of mind once the mooring system has been deployed. Shu reckons a principal consideration for this improvement should be a combination of monitoring and maintenance.

"You have to do regular in-field inspections," he stresses. "And then you determine whether there’s damage, what is the extent of strength reduction, and when and if you need to have that damaged part replaced."

Components subject to harsh conditions should be retrievable for inspection on a periodic basis, he says. It’s also highly desirable that mooring leg configuration is designed so that individual parts can be replaced without needing to change the entire structure.

Aside from performing period inspections and repairs, installing monitoring capability is another action Shu believes is crucial for reducing failure rates.

"We’re requiring all of the moorings to have integrity monitoring systems installed, so the operational crew will have advanced warning if something is about to go wrong or if something has already gone wrong," he says.

Monitoring can be relatively inexpensive and provide tension data that will confirm whether the actual behaviour of the system is consistent with the design. And as technology improves, conducting these analyses will only get easier.

"The idea of monitoring the mooring system has been around for a long time but it has not yet been mandated by the API or ISO standards," Shu explains.

Very few FPSO facilities are currently fitted with such equipment. And, if they are, they tend to be overcomplicated, poorly understood or underused. Shu says the technology is not yet mature enough to have proved sufficiently reliable. He believes, however, that truly accurate systems, which will make a real difference to mooring integrity, are only a few years away.

"I think that when we have the new technology, the industry will embrace it and the standards will be revised to reflect that," he says.