Russia and some of its closest trading partners have embarked upon a programme of substantial modernisation and plant life extension. Alexey Zhukov, Andrey Dementyev, Vitaly Gilev, Vyacheslav Vityazev and Vladimir Bredov provide an insight. 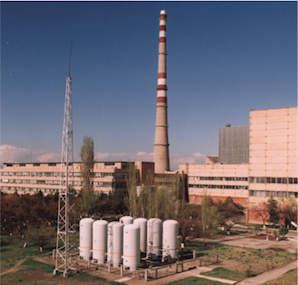 In the Russian Federation, projects for operational life extension (OLE) have been implemented at 24 nuclear units totalling 16,242MWe of installed capacity.

The power units whose operating loads have been extended have so far generated over 600TWh of electricity, These include four nuclear units with VVER reactor units – units 3, 4 and 5 at Novovoronezh, units 1-4 at Kola, unit 1 at Kalinin, and unit 1 at Balakovo. Three nuclear plants that have RBMK-type reactors have also undergone life extension. These are units 1-4 at Kursk, units 1-4 at Leningrad, and units 1 and 2 at Smolensk. In addition, units 1-4 at Bilibino (which employs small EGP-6 reactors), and unit 3 at Beloyarsk (where there is a sodium-cooled fast reactor), have also had their operating lives extended.

Decisions around preparing a nuclear plant unit for life extension, and the planned period of extended operation, are made taking into account various technical and economic factors. These include:

The programme to prepare a unit for life extension is drawn up and implemented according to the regulatory requirements of the Russian Federation. It includes the following:

Rosatom’s case for the new operating period for the unit is based on the outcomes of this programme. In addition, the nuclear utility and the operator, Rosenergoatom Concern, also have to present the results of the unit preparation programme as part of the document package required to justify nuclear and radiation safety during the extended operation of the unit. It is also presented as part of the independent review conducted before an operating licence can be granted for the extension period.

The operational life extension concept for operating nuclear units in the Russian Federation is based on the following principles:

As a result of extensive modernisation activities the safety level of nuclear units has been increased considerably and now satisfy the requirements of domestic regulatory documents. It also satisfies International Atomic Energy Agency (IAEA) recommendations for nuclear plants constructed according to earlier rules and regulations.

Examples of the increase in safety levels at the units with extended operational life are given in the table (page 21).

The main standard actions taken in the course of the life extension projects to achieve the required safety level, according to domestic regulatory documents and the IAEA recommendations for nuclear plants, are as follows:

A new state programme of the Russian Federation on life extension was approved, as Government Regulation No 506-12, in 2014. This regulation, titled ‘Nuclear Energy Sector Development’, covers life extension for a number of nuclear plant units, in line with Russia’s policy of maintaining nuclear generating only in absolute compliance with all safety requirements. Unit life extension at the end of the design life of Rosenergoatom’s operating nuclear plants remains a key objective of nuclear power development in Russia, while also being the most suitable area for investment in nuclear plant safety improvement and generating capacity maintenance.

Rusatom Service JSC, a company in Rosatom’s electric power division, renders a full range of services for foreign nuclear plants using VVER reactors and it provides the supplies required for their operation and maintenance. Since 2014, the company has been the major partner of the Kozloduy plant, the only operating nuclear plant in Bulgaria.

The Kozloduy plant is Bulgaria’s main domestic power generator. The plant site accommodates six Russian-design power units, which have VVER-type reactors with 3760MW of total capacity. Units 1-4, which were VVER-440 units of the type known as V-230, were shutdown before their design operating life was finished. Units 5 and 6, which have with VVER-1000 reactors that were commissioned in 1987 and 1991, respectively, are still in operation. They provide more than one third of the total annual electricity supplies in Bulgaria. The licenses for units 5 and 6 expire in 2017 and 2019 respectively and their life extension is a strategic project for Bulgaria.

Russia’s extensive experience in the life extension of Russian nuclear units using VVER-1000 and VVER-440 reactors has given Rosatom the capability of developing and testing scientific and technical approaches and methods for completing engineering assessments and residual life justification for nuclear plant equipment, pipelines and structures. Rosatom’s experience allowed it to participate in life extension activities at the Kozloduy plant using the Russian regulatory basis as a reference.

In 2012-14 a consortium comprising Rosenergoatom Concern and Electricite de France (EDF) made an integrated survey and actual residual life analysis of the components, systems and structures of units 5 and 6 at Kozloduy. This was the first stage of the Kozloduy life extension project. The integrated survey allowed the team to identify components, systems and structures that:

Nothing was discovered as a result of the survey that would exclude the possibility of providing safe and secure operation of units 5 and 6 at Kozloduy for the extended operating period.

In September 2014 the Kozloduy plant signed a contract with a Rusatom Service, Rosenergoatom Concern and EDF consortium to undertake the activities that would justify a life extension of Kozloduy five to 60 years. The activities are to be completed within 27 months.

The contract includes making an engineering assessment and carrying out a residual life justification with respect to the reactor equipment and pipelines, heat exchangers, pumps, transport and handling, and electrical equipment, piping and valves, structures and buildings. This will be based on the integrated survey.

On 28th January 2016 Kozloduy nuclear power plant signed a contract with a Rusatom Service and Risk Engineering (Bulgaria) consortium for the development of a 60-year life extension justification for unit 6 of the Kozloduy plant. The work scope is similar to that for unit 5, and the work period term is expected to be 30 months. The signing took place at the meeting of the government-to-government Russia-Bulgaria Committee for scientific and technical cooperation that was held in Sofia.

At present the activities that are in progress under the contract include: the initial data compilation and analysis; development of the activity plan for engineering assessment; and residual life justification with respect to the equipment, pipelines and structures. All these activities are to be included in the Work Plan for 2016.

The life extension for the Kozloduy units will become a model example of turnkey works at overseas nuclear plants performed by Russian companies using Russian approaches and techniques. It will also offer a reference for the entire Russian nuclear industry and proof of the industry’s technical expertise.

Work is also planned to extend the life of unit 2 at the Armenia nuclear plant in Metsamor.

Given the need for continued power generation from the plant, and the financial difficulties of building a new plant, in April 2012 the government of Armenia decided to extend the life of unit 2.

Following a year of negotiations between Russia and Armenia, a life extension agreement was signed in December 2014. In January 2015 Rusatom Service was designated an authorised organisation under the plant life extension agreement. A Russian government decree was issued in February 2015 extending financial assistance to Armenia through advance payments to authorised Russian organisations. An agreement on financing was signed the following February with Russia agreeing to provide $270 million as government export credit and a further $30 million as a grant. Armenia’s parliament ratified both agreements in May the same year.

Further agreements were reached during ATOMEXPO in June 2015. These included both a general contract and additional agreements.

The project is being implemented in two phases. The first includes an integrated survey of the unit and a preliminary assessment of the main equipment and pipelines of the reactor facility and of buildings and structures.

Developed and coordinated by the Armenian side, more than 40 equipment supply schedules, including key turbine unit equipment, have been approved and the first contracts for the supply have been signed.

In March 2015 a Joint Coordination Committee (JCC) was set up to implement the 2014 intergovernmental life extension agreement. Its main tasks are to coordinate the activities of competent bodies and authorised organisations, control fulfilment of the 2014 agreement and to analyse and assess the results of joint cooperation. It held its first meeting in October 2015 and its second in April 2016.

An agreement on extending the lifetime of the Armenian nuclear power plant was signed on 20th December 2014. On behalf of Russia the agreement was signed by the director general of the public corporation Rosatom, S.V. Kirienko, and it was signed on behalf
of Armenia by E.V. Zakharyan, the Minister of energy and natural resources of Armenia.