Marking the anniversary of historical dam failures served as a poignant reminder of the importance of dam safety. And, as the US Association of State Dam Safety Officials believes, if lessons learned and best practices are not effectively communicated, there is a possibility that poor decisions will be repeated and preventable incidents will not be averted. 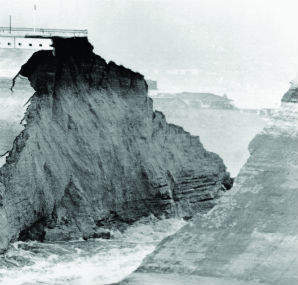 June 2016 marked the 40th anniversary of the catastrophic failure of Teton Dam in the US. During first filling on 5 June 1976, the 93m high structure failed and released the entire contents of its reservoir over a distance of 250km, inundating 77km2 downstream. Eleven people died and more than US$400M of damage was caused in the region.

Investigations into the failure attributed a series of design and construction related deficiencies to the catastrophe. It became apparent that site specific geological conditions had not been taken into account by the dam designers; heightened by a lack of external review and possible detection of such deficiencies.

Valuable lessons that were learned from Teton Dam include that:

2016 is also the tenth anniversary of Ka Loko dam failure in Hawaii. A disaster which, according to the Association of State Dam Safety Officials (ASDSO), is described as being man-made and should never have happened.

On 14 March 2006, Ka Loko Dam on Hawaii’s island of Kauai broke, sending more than 1500km3 of water almost 6.5km downstream until it reached the ocean. The resulting 6m high wave of water killed seven people and the flood caused millions of dollars of property damage, as well as extensive environmental damage.

Ka Loko Dam failed after 40 days of heavy rainfall overtopped the dam in the vicinity of where the structure’s original spillway had been filled in by the owner. A lack of resources and sufficient legal authority within state government at that time enabled the dam owner to ignore his duty to address safety concerns prior to the disaster.

“The tenth anniversary of the dam’s failure reminds us of the potential dangers posed by dams and the critical importance of both responsible dam ownership and strong dam safety programmes,” says Lori Spragens, Executive Director of ASDSO.

As a result of increased funding for its dam safety programme in the wake of the Ka Loko Dam failure, Hawaii’s improved regulation of local dams has helped keep citizens safe and allowed downstream communities to thrive.

With the above anniversaries in mind, ASDSO is keen to publicise that there is a pressing need to understand the underlying causes for both national and international dam failures, in order to help minimise future occurrences. Current information on historical dam incidents is described as being scattered, incomplete, missing, and sometimes misleading – making it difficult for owners and practitioners to easily access meaningful information that could assist them with critical design and operational decisions.

If lessons learned and best practices are not effectively communicated, ASDSO says there is a possibility that poor practices will be repeated, and preventable incidents will not be averted. It was such concern that prompted the development of the Lessons Learned from Dam Incidents and Failures website.

This site aims to convey educational information relating to and resulting from dam failures and incidents in an innovative, user-friendly manner that is appealing to contemporary users. It is currently hosted and maintained by ASDSO with oversight and ongoing contributions by the ASDSO Dam Failures and Incidents Committee. However it was James Demby, Jr and the Federal Emergency Management Agency who had originally authorised a Gannett Fleming project team in 2013 to research past dam failures and incidents; selecting the most appropriate information for inclusion in a compendium of lessons learned, supported by case histories. The website’s subject matter encompasses a range of failure modes, dam types, and dam safety topics including:

ASDSO says that dam safety engineers, dam operators, dam owners, regulators, emergency managers, academia, and students are encouraged to use the material. Furthermore the association believes that everyone has a role to play in creating a future where all dams are safe. It also emphasises the significance of marking the anniversary of historical failures: they can serve as a reminder of the importance of understanding the risks associated with potential dam incidents and failures.

“Most dam failures are preventable disasters,” ASDSO’s Executive Director concludes. “Dam owners must keep their dams in the state of repair required by prudence, due regard for life and property, and the application of sound engineering principles. The quality of dam maintenance, emergency planning, and enforcement programmes directly affects the safety of communities. With more than 87,000 dams of regulatory size in the US, we all have a stake in dam safety.”

For more information, or to contribute to ASDSO’s Lessons Learned from Dam Incidents and Failures website, readers should email damfailures@damsafety.org or see http://damfailures.org