In search of a higher intelligence

The IntelliGrid consortium’s delivery architecture is to debut in Poland following the grid operator’s decision to implement the first demo of Fast Simulation and Modelling, a project intended to provide a framework for the development of the intelligent, self-repairing power transmission system. 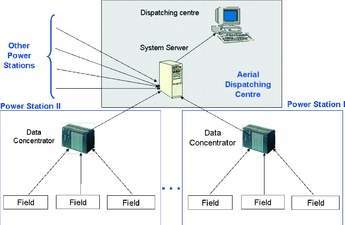 Power grids, and particularly those of the USA, were created by welding together existing distribution networks and embarking on a convergent route of co-operative effort to control them. The resulting national and regional grids have been called the greatest machines of the twentieth century. But now digital technology has provided the opportunity for creating a nimbler, more flexible network that marries electric power with fast multichannel communications and computing capabilities – an intelligent grid that can predict power problems before they get out of hand and repair itself when the damage they cause is unavoidable.

Now, as before, the route is likely to be convergent, given the absence of overall authorities to enforce compliance and the opportunities for individual manufacturers to create mutually incompatible system components. But a system design that can incorporate diverse components now, and ensure that the individual monitoring, communications and processing equipment installed over the coming years may be integrated with existing systems and eventually come together to form a single ‘machine’, needs an overall architecture. It is such an architecture that the Intelligrid Consortium was formed to develop, and the first fruits of its labour are to be cultivated in Poland.

Poland’s transmission system operator, PSE-Operator SA, has initiated the world’s first demonstration project based on the FSM – fast simulation and modelling – package of the IntelliGrid transmission architecture, an enhanced electricity delivery model that is expected to dramatically improve power line reliability and capability.

PSE is a member of the IntelliGrid Consortium assembled by Electric Power Research Institute in 2001. It will initiate the FSM project to integrate the electric power delivery system and the communications and equipment that will be used to control the system. The pilot project is intended to provide a framework for the development of the intelligent, self-repairing power transmission system. Expected to be completed by the end of 2007, the project will initially incorporate one part of the transmission system in northern Poland and another in the south of the country. The system will be monitored by the National Dispatch Centre in Warsaw.

EPRI considers the project pivotal because it represents the first demonstration of how to transform the electric grid into a more responsive and resilient delivery system and that will prove vital as the utility industry plans, designs, upgrades and replaces equipment that will serve customer needs over the next 40 to 50 years.

“This test project is innovative and offers a new perspective on data gathering and conversion standards, enabling us to make faster, more precise decisions under both normal and aberrant operating conditions,” said Stefania Kasprzyk, president of PSE-Operator. “IntelliGrid is a major leap in technology integration that should provide a more-reliable system of power supply.”

The demonstration project is likely to be closely monitored by the utility industry as it adapts to the demands of an increasingly power-dependent, digital society that requires a virtually uninterrupted flow of electricity.

The demonstration project is being led by PSE and EPRI, in partnership with a grouping of Polish companies including ABB Poland, the Institute of Power Engineering in Gdansk, regions in southern and northern Poland and WASKO S.A.

Users’ expanding expectations of the Polish power system (PPS) resulting in growing electricity consumption, together with implementation of market rules, have compelled power system operators to search for new tools to help increase the efficiency of the available grid infrastructure with an emphasis on required safety aspects.

New technologies and methods in measurements, data transmission and system calculation have helped to find a solution for existing problems. Analysis of power systems performance, especially failures that have occurred, is providing considerable input to the research activity.

FSM is one of the latest concepts. It is a technology that can be implemented to support system operators in fulfilling their obligation to ensure safety of power systems and power delivery reliability and includes software, hardware (computers, measurement devices, dispatching tools) and information exchange. The FSM variant applied to transmission systems and taking into consideration all the specific features of a transmission system is T-FSM (Transmission – Fast Simulation and Modelling).

PSE-Operator, the Polish transmission system operator, decided to examine T-FSM to find out how it could help solve some specific problems existing in PPS. To this end a new research programme was launched in the middle of 2006, with the aim of carrying out a thorough financial and technical analysis of potential implementation of the T-FSM concept. That analysis is to be made using data from the upcoming pilot installation.

The Polish power system tends to be dictated by geographical considerations. The northern section is characterised by long transmission lines, sparsely distributed power stations, and few generation units. In contrast to the northern area, the southern section has shorter lines, a high density of substations and many generating units. The difference is caused by the location of heavy industry and coal mines – the main source of fuel for power plants in Poland.

Figure 1 shows the main features of the county’s transmission system. 400 kV lines are represented by red and 220 kV by green. There is also 450 kV DC link (violet) and a 750 kV line (dark blue) that is currently not in operation.

This short description gives a hint of the problems PSE-Operator has to wrestle with, namely voltage and reactive power management issues. The contrast between these two areas was decisive in choosing the testing ground for the pilot installation.

Carrying this project in selected areas of the PPS required answers to the following questions:

• is it possible and reasonable to exclude certain part of PPS and perform a credible contingency analysis for a limited grid area model?

• how will contingencies that occur outside the observed area between two consecutive cycles of the PSE-Operator estimator influence the validity of estimations for those areas?

• is it possible to obtain fast and credible estimates in a selected grid area after making topological changes to the grid based on calculations from monitored information at selected power stations?

Positive answers to these questions will create possibilities for very fast contingency screening of the northern and southern sections of the PPS. Figure 3 shows a map of the northern PPS and the locations at which it has been decided that monitoring devices will be installed.

Choosing FSM as a remedy for voltage stability and reactive power problems was based on the following considerations:

• voltage and VAR control are sufficiently sophisticated to test the FSM concept;

• it fits perfectly with the use of dispersed and hierarchical system in voltage and VAR aspects;

• voltage and VAR problems can be limited to certain geographical areas which makes it very suitable for a pilot installation (the whole system does not have to be involved);

• voltage problems are often slow to developwhich is good for a project in its research phase.

Two main areas for future demo were defined and approved by PSE:

2. Voltage stability with special attention to oscillations and voltage collapse

The other general technical guideline recognised at the beginning of the project was to implement the results of ongoing or already accomplished projects on IEC 61850, power quality and phasor measurements.

Before starting the project the following objectives were defined.

• Apply systems engineering procedures and methodologies to analyse the requirements captured in the case studies and map those requirements to candidate technologies suitable for field implementation.

• Validate candidate solutions using computer simulation (off-line, fast simulation and modeling) to validate their potential effectiveness. Use the results of these simulations to select which technologies should be implemented in a field trial. The objective is to ensure to the maximum extent possible that the technologies deployed will be successful.

• Deploy the selected technologies in a field implementation using commercially available equipment while enlisting vendor participation in the process to ensure that the overall objective of standards based integration and interoperability is achieved.

• Document and validate the entire process in sufficient detail that it may be repeated on a larger scale throughout the entire power system. Determine how the demonstrated system adds value and suggest methods to improve the overall process demonstrated to date to maximise future system benefits. Develop an overall deployment plan including costs, business drivers, likely returns on investment, and other business related issues.

The project was divided into two main stages. First, theoretical work, during which the three following goals should be accomplished.

• Assessment of existing measuring and telecommunication infrastructure and its technical usefulness for a pilot demonstration.

After this stage is completed, PSE expects to have a clear view of how the pilot installation should look, and will be ready to begin phase two during which it is planning to:

• build installations in the northern and southeern regions, connecting local networks, starting-up of the pilot demonstration.

• perform analysis of the data from the pilot demonstration including data visualisation.

• carry out business and technical analyses.

This is only the outline of the project but it gives a general view its aims and what it is expected to produce. The pilot installation should be a test of theoretical assumptions made at the first stage. It will also be a testing ground for future implementation and will provide PSE-Operator with an input to financial and technical analyses. Those analyses should give us a view on a potential value of chosen solutions, the probability of success in a the future wide implementation, and estimated time frame and budget.

After the first few weeks of the project, the first outline of functionality was defined as “monitoring and predicting voltage security of the northern area of the Polish power system”. This functionality will provide the operator with:

• constant monitoring of voltage security of a given area;

• a fast estimation of voltage security after line trips that dangerously influence the reactive power balance;

• voltage security prediction following an action taken by the operator;

In Figure 4 an example of suh a system structure is illustrated.

Depending on results from this project decisions will be made about future implementation of T-FSM in the wider PPS. The project seems to encompass all important elements necessary to developing future power systems.

FSM is a universally applicable and very flexible idea and can be applied not only to voltage and Var aspects but also to many others aspects in power engineering. Voltage and Var problems do not apply only to the Polish power system: they can be found in almost every power system in the world. Success in this project would therefore be widely beneficial from both the financial and technical points of view.

Figure 4. Example of the system structure