IFA2 (Interconnexion France-Angleterre 2) is a proposed high voltage direct current (HVDC) electrical interconnector linking the British and French transmission systems and capable of exchanging 1000 MW of power in either direction between the two countries. It will be the third link from England to France following the commissioning of the 2GW IFA in 1986 and the privately owned 1 GW Channel Tunnel link in 2016. 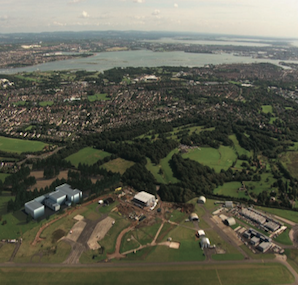 IFA2 (Interconnexion France-Angleterre 2) is a proposed high voltage direct current (HVDC) electrical interconnector linking the British and French transmission systems and capable of exchanging 1000 MW of power in either direction between the two countries. It will be the third link from England to France following the commissioning of the 2GW IFA in 1986 and the privately owned 1 GW Channel Tunnel link in 2016.

On the UK side the necessary operating licence was granted by the Gas and Electricity Markets Authority in late 2014 and in January this year the local authority resolved to grant planning permission, subject to completion of a Section 106 community impact agreement. Later the same month the Marine Management Organisation granted a Marine Licence for the installation of the UK section of the subsea cabling.

On 7 April the first IFA2 contract was signed. Prysmian Group was awarded the contract, worth around €350 million, by the developer IFA2 SAS, a joint venture of National Grid IFA2 Ltd, part of National Grid UK, and Réseau de Transport d’Electricité (RTE), the French network owner and operator. It is for the turn-key design, manufacture and installation of a submarine and land power cable link to connect Tourbe in France to Chilling in Hampshire, UK. The route is from an existing National Grid substation site near Chilling to the Tourbe 400kV substation near Caen in Normandy.

The HVDC interconnector will operate at ± 320 kV DC. The cable system will consist of approximately 25 km in France, running from the Tourbe converter station in Northern France to the landing point close to Caen. The subsea route is a little over 200 km and will end at the south coast of the UK at Solent Airport near Fareham where the UK converter station is to be located. In addition to the HVDC cable link, the contract includes an HVAC link to connect the converter station to a local substation at Chilling. This includes a 2 km land section at each end with a 4 km subsea section between them.

The subsea cables will be manufactured in the Prysmian production facility in Pikkala, Finland, and the land cables at the company’s factory in Gron, France. The installation of the land sections will call on the resources of Prysmian France and Prysmian UK, whose headquarters are situated in the local area. The company’s cable laying vessels Cable Enterprise and Ulisse will lay the cables. System commissioning is scheduled for 2020.

The major part of the link will consist of two HVDC submarine cables running 204 km between Great Britain and France. They will be buried in the seabed. In the UK the cables will routed to the east of the Isle of Wight and come ashore on the eastern side of the Solent at the southern end of Daedalus Airfield. Onshore cables will be laid underground and run from the landing point at Daedalus to a converter station to the north east of the airfield. From there 400kV HVAC cables will run about 8 km to Chilling substation, via 2km of underground land cable, 4 km of cable buried in the seabed across a stretch of sea inlet, then 2km of underground cable.

In France the subsea HVDC cables will come onshore to the east of Merville-Franceville-Plage and continue underground for approximately 24km to the converter station proposed to be located near La Hogue, east of Caen. The resulting HVAC will then flow underground to the adjacent Tourbe 400kV substation.

The proposal aroused considerable local opposition in the UK, mainly over concerns about the erection of the 70 foot high substation on public land in a local beauty spot.

As a result a series of public consultation events were held in the affected area between December 2015 and March 2016. Whether the objections raised can be resolved via the Section 106 community impact agreement remains to be seen.

The project will make a positive contribution to European energy policy objectives – including helping Great Britain reach its goal of meeting a minimum 10% interconnection target by the year 2020.

The European Commission published its first list of Projects of Common Interest (PCI) in 2015 and IFA2 was identified as one of 195 key energy infrastructure projects selected to be on that list.

These are essential for completing the European internal energy market and for reaching the EU’s energy policy objectives of “affordable, secure and sustainable energy”.

To become a PCI, a project must have a significant impact on the energy markets and market integration of at least two EU countries. It must also boost competition on energy markets and boost the EU’s energy security by diversifying sources, as well as contribute to the EU’s climate and energy goals by integrating renewables.