Hunterston at the starting gate 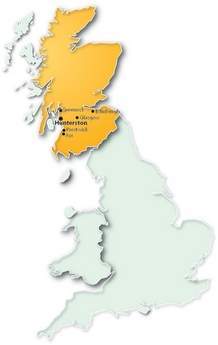 Ayrshire Power has entered the first stage of submitting a planning application to the Scottish government for a new supercritical 1600 MWe pulverised coal plant at Hunterston. The proposed plant is described as multifuel, with the capability to burn up to 15% biomass, equivalent to 240 MWe, and will be equipped with carbon capture and storage.

The application has been lodged with the Scottish government’s Energy Consents Unit and has entered what is called the “gate-checking” process for Section 36 applications covering onshore power stations.

This gate-checking stage allows the Scottish government, in consultation with statutory consultees, to assess the application documents to ensure that they contain all the necessary information for a full assessment of the proposals to be made. Once past the gate-checking process, the application will be formally accepted by the Scottish government and the public consultation period will begin.

The proposed development is located on a site between the existing Clydeport coal handling facility at the Hunterston Terminal and Hunterston B nuclear power plant.

The power station is being designed based on the implementation of CCS technology in line with the latest UK and Scottish government guidance, ultimately capturing 90% of the carbon dioxide produced by the plant.

Project Director Muir Miller said: “Having consulted widely on our plans at Hunterston over the last 18 months and taken on board recent energy policy changes, we are pleased to be able to now submit our plans to the Scottish government.”

The site alongside the existing Hunterston ore terminal is considered to be ideal, given that the port currently feeds several UK power stations. The proposal to build a power station where the coal comes in eliminates the need to transport millions of tonnes of coal across the country every year. The port-side location also provides options for transporting the carbon dioxide (CO2) via pipeline or ship to offshore storage sites.

Ayrshire Power Limited was formed in June 2008 by Denmark-based Dong Energy and Peel Energy (part of the Peel Group, a real estate, transport and infrastructure investment company, with significant port interests, including Hunterston). The joint venture agreement provided opportunities for either party to exit the project at various key milestones and in 2009 Dong (which is owned by the Danish government) decided to change its status from being an investor to what Ayrshire Power calls a “design partner”, following a strategic review and its intention to reduce its investment programme.

At one stage Peel Energy was a contender in the UK government’s CCS competition, in consortium with Dong and RWE (which joined Peel and Dong (taking a 75% stake in Peel Energy CCS Ltd)) when its own entry was rejected. But Peel announced its withdrawal in November – leaving just E.On (with a project centred on the proposed Kingsnorth supercritical plant) and Scottish Power (Longannet backfit) in the running, see p 25.

There is only one other coal plant currently in the UK consenting system, E.On’s Kingsnorth. An investment decision on this project was deferred by the utility, but environmental scoping reports outlining plans for a pipeline to take captured carbon dioxide from the plant have recently been submitted, suggesting the project is still very much on E.On’s agenda – with the prospect of EU funding (via the ETS) for the CCS component presumably being a key consideration.

A couple of years ago RWE seemed poised to put in planning applications for new coal units at Blyth and Tilbury, but never did.

A vote on 18 March following a debate in the Scottish parliament went 66 to 26 against Ayrshire Power’s proposed Hunterston plant, but strictly speaking this has no bearing on the consenting process.

Ayrshire power issued the following statement in response to the vote:

“Now that Ayrshire Power’s draft Planning Application in respect of its proposed development at Hunterston has entered the ‘gate-checking’ process we would expect the application to go through due process and, once finally submitted, for it to be handled in the normal manner. We would expect an informed decision to be made by the Scottish ghovernment after full and proper consideration of Ayrshire Power’s application under Section 36 of the Electricity Act 1989.

“The power station has been designed based on the implementation of CCS technology in line with the latest UK and Scottish Government guidance from start up. In addition to ultimately capturing 90% of the carbon dioxide produced by the plant, the latest supercritical power station technology will significantly increase efficiency and so reduce coal consumption by up to 25% compared to existing conventional plants, thereby further reducing CO2 emissions.

“The proposed development would burn both coal and biomass and use highly efficient modern technology with strict emissions control.”

Project director Muir Miller said: “We believe our proposal supports the UK and Scottish governments’ commitment to leading the way in developing CCS to assist in decarbonising the UK’s electricity sector by 2030. We remain determined to deploy this technology at full scale on a modern supercritical power station, supported by appropriate regulatory and fiscal measures.”