Coal continues to play a significant role in the global energy mix, currently accounting for around 40% of power generated worldwide, but there are big variations in the technology employed and efficiencies achieved. A recent report from the IEA Clean Coal Centre provides an overview of the state of play with deployment of HELE (high efficiency low emissions) plant technology in the coal fleets of China, EU, Japan and USA. By Malgorzata Wiatros-Motyka, IEA Clean Coal Centre, UK 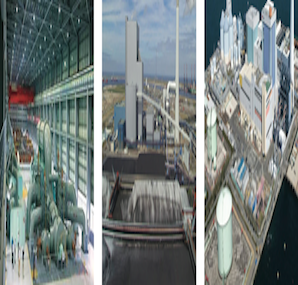 The average efficiency of coal-fired power generation units in the major coal-using countries varies enormously, from under 30% to over 47% (LHV, net), which makes a huge difference to emissions of various pollutants and CO2/ MWh.

Efficiency is influenced by many factors, but the steam cycle conditions have a major impact on plant performance. There are also differences in the deployment of control technologies for major pollutants (nitrogen oxides, sulphur oxides and particulate matter), and consequent emission levels. As well as pledging to reduce their carbon dioxide emissions following the United Nations climate change conference (COP21) in Paris (December 2015), many nations are tightening their other emission standards. Thus, coal-fired power plant fleets must continue to become more efficient and less carbon intensive.

Although supercritical and ultrasupercritical technologies have been available for a few decades, in 2011 only about 50% of new coal-fired power plants built were ultrasupercritical. Around 75% of operating units worldwide used subcritical non-HELE technology, and more than half of the capacity was over 25 years old and consisted of units smaller than 300 MW capacity.

Obviously, all countries and regions have different histories, circumstances, economies and needs in terms of power generation and demand as well as different drivers and barriers for the implementation of technologies. Therefore, there are vast differences in countries’ coal-fired fleets.

China, Japan, the EU and the USA have the world’s strictest emission limits for coal- fired power plants. Their coal-fired power fleets have been analysed by the IEA Clean Coal Centre in terms of deployed technology and pollution control systems. Emissions standards and other drivers and barriers impact on the deployment of high efficiency low emissions plant.

The Chinese energy sector has recently undergone a huge transformation. The coal-fired fleet has an average operational efficiency of 38.6% (LHV), higher than the average of that across the IEA member countries. China is an exporter of advanced technologies and continues to invest in research & development. For example, the double-reheat 1000 MW ultrasupercritical (USC) Guodian Taizhou II unit 3, in operation since September 2015, was domestically designed, manufactured and built. It has reached an efficiency of 47.82% (net, LHV), the highest globally for a double-reheat coal-fired power plant. Emissions are low: particulate matter (PM), 2.3 mg/m3; sulphur dioxide, 15 mg/m3; and nitrogen oxides, 31 mg/m3. Every Chinese power plant is equipped with particulates and SO2 control equipment, and almost all have NOx removal devices. By 2020, all coal-fired plants will have to be ultra-low emission.

Strong policies, tight environmental and performance standards and their rapid implementation, combined with available finance for coal-fired projects as well as subsidies for power generated from ultra-low emission plants, are the main drivers for the implementation of advanced clean coal technologies in China. There are also several barriers to building new coal- fired units in China such as overcapacity, competition for limited water resources in some areas, localised pollution control, and the rapid development of renewable energy resources, which can reduce the profitability of coal-fired power plants.

Across the EU, the prospects for coal- fired power generation vary greatly. Some countries, such as the UK and Germany, have pledged to reduce or phase out coal- fired power plants. Others, particularly Poland, will continue to rely on coal. A few new coal-fired plants are being planned and built. The average coal-fired power plant efficiency is 38% (LHV, net) and a significant proportion of the fleet is relatively old.

In the EU, pollution control systems for NOx, SO2 and PM are widely deployed. The EU has ambitious targets to reduce greenhouse gas emissions, 40% by 2030 and 80–95% by 2050 relative to 1990. This would require all coal- fired power plants wishing to operate after 2030 to have carbon capture and storage (CCS) in place. However, progress on CCS is slow, partly due to a low carbon price under theEUEmissionsTradingSystem.Thelow price of carbon is a barrier to building new coal-fired plants with CCS.

The Japanese coal fleet is modern, relatively young and has the highest average efficiency (41.6% LHV, net) in the world. Most of the Japanese fleet are HELE plants. For example, Isogo unit 2 has average emissions in single digits for NOx and SO2 and <5 mg/ m3 for PM. It is considered to be the world’s cleanest coal-fired power plant in terms of emissions intensity.

Japan plans to build more HELE coal-fired power plant and supports the use of HELE technologies around the world, so that energy access and a secure supply can be ensured in developing countries.

The USA coal fleet is dominated by relatively old units, both subcritical and supercritical, so its average efficiency is only around 37.4% (LHV, net).

The most efficient coal-fired unit is the 665 MW John Turk Jr plant which achieves an efficiency of 42% net (LHV) and is the only USC unit in the USA.

There are currently no new coal-fired power plants being planned or built. Regulations have been a clear driver for the implementation of advanced clean coal technologies and pollution control systems for NOx, SOx and PM are widely deployed. The USA leads the way in emission standards for toxics, especially mercury, and so has become the leader in mercury specific control technologies. The low price of natural gas and decreasing cost of renewables are the main barriers to building coal-fired plant and although the new administration has been vocal in its support of coal, it is not clear if or how this support would manifest as new coal-fired plant.

There are various CCS projects under way and R&D on AUSC, hybrid coal and renewable systems as well as oxycombustion and chemical looping combustion.

As coal is predicted to retain a significant place in the future energy mix of the USA (21% of power in 2030 and 18% in 2040) it is possible that once new technologies are demonstrated, old coal-fired units could be replaced with new systems. Additionally, with a market for CO2 in enhanced oil recovery (EOR), relevant R&D, tax incentives and federal support for carbon capture, utilisation and storage, the USA is currently a leader in these areas.

There is uncertainty regarding the future of coal-fired plants across China, the EU, Japan and the USA. Although, the role of coal in their energy mixes is changing, coal is still predicted to have a significant share in the future, particularly in Asia. Coal-fired plants continue to become more efficient and less polluting and there is strong R&D in many regions ongoing on new technologies such as AUSC, coal and renewable hybrid system and CCS.

This article is based on an IEA Clean Coal Centre report by Malgorzata Wiatros-Motyka, An overview of HELE technology deployment in the coal power plant fleets of China, EU, Japan and USA, CCC/273, ISBN 978-92-9029-596-9, 75 pp, December 2016, www.iea-coal.org