Floods and the possible effect of climatic change: how much do we understand?

The recent floods experienced in the UK have called into question future weather scenarios. Here, Colin Clark urges us to think carefully before coming to a premature judgement. 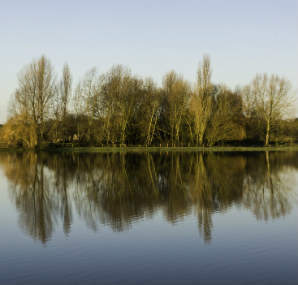 On March 31st 1953 Dr Walter Kollmorgen presented a paper to the Association of American Geographers in Cleveland Ohio on the subject of flood control. His thesis was that building on floodplains needs to be carefully controlled in order to avoid costly flood protection schemes. He called his paper "Settlement control beats flood control" and it was later published in the journal Economic Geography the same year. An early solution to the same problem existed in Somerset about 2100 years before when the people built themselves a lakeside village, with some of the structures being made on stilts (Figure 1). Its discovery by Dr Arthur Bulleid in 1892 was inspired by the lake villages he had seen in Switzerland and he reasoned similar villages existed near his home in Glastonbury on the edge of the Somerset levels. Some people believe that the village had to be abandoned because of rising water levels but firm proof of this is wanting since the area was colonised by the Romans at the time this demise took place. In my father’s school book on the history of Somerset by Walter Raymond (1906), he writes: "As you already know, our low-lying moors were formerly covered with water; and still, in winter, thousands of acres of rich pasture are often hidden under a flood".

Today, arguments have raged as to the cause of the floods in both Somerset and the Thames valley. In order to understand the situation better I will first try to explain the meaning of flood frequency or how often floods take place. Second, by looking at the past record of rainfall, place the present situation into context. Third, by using the standard data base for Central England Temperatures, relate it to the depth of rainfall, and in turn how this has changed with time.

Starting at any moment in time we can collect details of flood events. This is formally carried out in the National network of river flow gauging stations. Often, many years pass before a moderate sized flood is recorded. Further time passes and this event is surpassed. Occasionally a big event would be measured. Sometimes the measuring equipment would be damaged and the data lost: many of the older gauging stations were installed to measure low flows, following the Water Resources Act, 1960 for purposes of estimating water supplies during dry periods. Today they are totally unsuitable for measuring big floods.

"Many of the older gauging stations were installed to measure low flows… for purposes of estimating water supplies during dry periods. Today they are totally unsuitable for measuring big floods."

Once a good length record of say 30 years has been collected, the highest gauged flow in each year are ranked in order of size and then given a rarity or return period. This is the average number of years before a similar event takes place. However, it is best to refer to for example the 1 in 10 year flood as having a 10% chance of happening in any given year. As an example we can take the river Lud at Louth in Lincolnshire which has 44 years’ record. Special graph paper is used to plot the results so that an estimate of much rarer floods can be made. It is at this point that problems start to emerge. Figure 2 shows the result. The scale for the return period was first published by Dr P.R Rakhecha and myself in 1999 for estimating maximum rainfall in India. The scale is very similar to the normal distribution scale as worked out by Carl Gauss in 1801. Figure 2 suggests that the flood with a rarity of 1 in a million years has a discharge of about 65 cubic metres per second. Unfortunately on 29th May 1920 a disastrous flood took place there killing 23 people and tearing the place to pieces. Some years ago Ana Lisa Vetere Arellano and I estimated the peak discharge of this flood as 160 cubic metres per second, a result which was about 30 cubic metres per second higher than the result produced soon after the flood.

Therefore without a much larger record of events, flood frequency analysis is not a very reliable tool for estimating rare events and, more especially for dam engineers who have to design the overflow structure – the spillway – for the probable maximum flood (PMF). Badly underestimate the PMF and the dam crest could be overtopped and the dam breached.

The explanation for this disappointing and yet important result lies in the non random occurrence of many events in nature. This can be investigated using the principle of the roulette wheel, know as Monte Carlo analysis, named after the gambling capital of Monaco. All you need is a perfect flood sample of at least 10,000 years duration, with each years’ "record" being given a rarity according to the equation (N + 1) / M, where N = 10,000, and M = rank order of the event. Sampling then takes place with replacement over any length of time. Figure 3 shows the results for a 450 year time period. Flood rarity is shown as a return period in years and its associated probability as a percentage. Thus the 200 year flood has a 0.5% chance of occurring in any given year. This result and many others like it help to explain why in Nature there are times when there are many floods and few floods at other times: compare events from 150-250 years with those from 350-450 years.

Figures 2 and 3 tell us several important facts about floods.

In my very brief analysis in the paper called Floods on the Somerset Levels in 2013-14 and published on this website, I only included data for November and December 2013. Now that the data are available for January, and given the timing of the floods, an analysis of December and January data is called for. Table 1 gives the depth of the largest recorded rainfall for the consecutive months of December and January for England and Wales since 1766.

Thus there is no truth in the belief that the rainfall of December 2013 and January 2014 is the highest on record. Using an equation I derived in 1983 and tested using Monte Carlo methods, the return period of the rainfall for 2013-14 is 32 years. Using all the data down to a value of 200mm a frequency analysis can be produced. Figure 4 shows the result. Two important facts emerge from this result. The first is that the rainfall of 2013-14 is not at all rare. Second, the 1 in 500 chance rainfall is predicted to be about 360mm, which is 25% greater than in 2013-14. Records can and will be broken simply by the passage of time.

What part may any changes in climate have played in the 2013-14 rainfall?

If the jewel in the crown of hydrology is flood frequency analysis, then the orb and sceptre of the climate scientist is the global climate model. As we have already seen the first is fraught with problems of data availability and the non random nature of the events. How does the second cope with nature?

In order to answer this question we have to make the hypothesis that a change in climate has caused more heavy rainfall and in particular that of December 2013-January 2014. Since 1766 the average annual temperature of Central England has risen by about 1 degree centigrade. The hypothesis would further state that the higher temperatures would be associated with more moisture in the atmosphere, which potentially would lead to more rainfall.

Taking the highest 45 December and January totals, and relating them to the contemporary average temperature of the same two months, allows Figure 5 to be produced. Although there is a considerable scatter the correlation coefficient of 0.42 (the range is from -1.0 to 1.0) is significant at the 1% probability level. Thus it appears that the increase in temperature has led to higher rainfall. However, we must look at how this may have changed over time to give a more definitive decision about our hypothesis. Through time we would expect the higher rainfall to occur during warmer times as Figure 5 suggests, and, more critically, in more recent times.Figure 6 shows the results of this analysis. The correlation of -0.34 is significant at the 5% probability level. But rather than having an upward slope, implying as the temperature record might suggest, the temperature associated with the highest rainfall totals is in decline, which is the opposite of what our hypothesis contends.

The hypothesis can be tested in other ways. Taking the first and last 75 years temperature and rainfall in the series gives a useful comparison as shown in Table 2.

While the annual average rainfall has increased by 1% the precipitable water or depth of water that is held in the atmosphere, has increased by 8%. Thus the rainfall has not responded to the change in precipitable water as much as expected by the hypothesis.
Widening the scope of the analysis to include any two consecutive months gives a more detailed picture of the status of the recent wet spell. Table 3 shows that 2013-14 was ranked 21st in the series.

It is believed that the effect of man made climate had a global effect after about 1960. Taking the sum of the ranks of the highest 7 years before and after 1960 gives a total of 39 before 1960 and 74 afterwards. Thus the rainfall before 1960 is higher up the Table than after 1960.

We have therefore at least four counts to reject the hypothesis that a change in climate is in some way connected to the recent spell of wet weather.

Science is a type of knowledge won through doubt, many hours of meticulous work, many failures and very few successes. I have only had 40 years’ experience of estimating rare floods, a mere instant on the timescale that rare events take place. I’m now looking forward to the next 40 years, at the end of which we may have a clearer answer to the question posed in the title of this paper.

Dr Colin Clark is a research and consultant hydrologist who has over 60 published papers. He has been advisory editor to eight scientific journals and is in charge of Charldon Hill Research Station in Somerset, where the longest running measurements of evaporation in England are currently being made. Contact: colin4chrs@hotmail.com.