Heavy-duty drill rigs are being used to construct the Bakun hydroelectric project, one of the highest CFRDs in the world 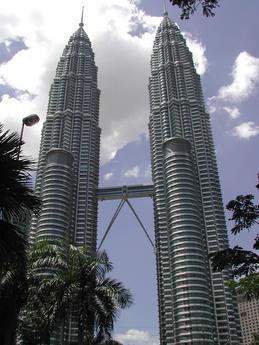 BAKUN hydroelectric project is located near Malaysia in Kalimantan, (formerly Borneo) – one of world’s largest islands. The main infrastructure is located in a gorge on the upper course of the 900km long Rejang river.

The project site was chosen because it has a catchment area of 14,750km2 with an average rainfall of 4100mm. The water reservoir will cover an area about 695km2, and the nearest major town with an airport is Bintulu, which is about 180km away along a tarred road.

The project includes a 205m high concrete faced rockfill dam (CFRD), which will be the second highest CRFD in the world after the Sibuya dam of China, and will have a power house with turbines fed by eight tunnels to produce a total output of 2400MW.

Work started in 1997 under a contract awarded to Ekran Corporation Bhd, but was almost immediately delayed by the Asian economic crisis. By this stage, a substantial amount of work had been done in developing the site roads, base camp, and offices, together with three concrete-lined diversion tunnels of 12m diameter and lengths of 1300m to 1470m, subcontracted to Dong Ah Construction of Korea.

The project was taken over and restarted by the Malaysian government in 2001. It is now divided into packages, with construction of the auxiliary cofferdam awarded to Global Upline, who has completed the 70m high rockfilled embankment, with an upstream sealing layer constructed from residual, impervious soils.

This work involved the clearing and removal of overburden for the main dam and quarry area and associated works.

Specialist drill and blast contractors Fong Mook Seong Sdn Bhd. (FMS) were assigned to carry out the drill and blast at the lower spillway and power house, and general rock clearance along the banks of the river downstream of the dam. Most of the work was carried out using the Atlas Copco ROC D7 drill rig, which proved to be a versatile machine, handling varied demands at the difficult site.

In some instances, the bench width was narrow and the slope was steep, but the rig worked within these conditions. The two ROC D7s were mainly used for drilling 76 and 89mm holes to various depths, depending on the situation, using Atlas Copco Secoroc rock tools.

These two machines proved to be productive on huge volume blasting. During an eight hour shift, each machine is capable of drilling more than 300m. FMS also used a few older model ROC 742s during the initial stage of the job.

The upper spillway was originally covered with various sizes of boulders and weathered rocks, providing a challenging drilling assignment for Overseas Tunneling and Construction (OTC). Three ROC D7s and one ROC D5, complete with folding boom and long or high reach, were put to use on this job. The blast holes were generally drilled using 89mm bits from Secoroc. OTC achieved a high utilisation rate for the drillrigs, despite using them to drill rockbolt holes as a cost and time saving measure. These bolt holes were mainly horizontal, and up to 15m deep, and drilling them at the same time as the blast holes significantly reduced the work cycle times.

Preparations for the dam foundations were carried out by M K Ting using the ROC D7, involving precise and controlled blasting to deliver a platform for further foundation work. This contractor also has a ROC F9 available to drill 102mm blast holes at the quarries.

The drilling and blasting contractor faced very challenging geology in the predominantly conglomerate sandstone greywacke with inter-bedded shale and mudstone, mostly folded and with a dip of more than 45°. In this type of rock the driller has to recognise changes in rock condition in order to change drilling tactics.

During the early stages of the project, there was high cost due to premature breakage of drill rods. This was corrected by training the drillers in appropriate drilling techniques and paying attention to the drillrig parameters. The anti-jamming and RPCF systems were explained in detail so that the drillers could obtain maximum benefit from these advances.

Atlas Copco maintains a fully equipped workshop onsite to carry out maintenance, repairs and overhauls. Adequate supplies of rock tools and spare parts were held in stock to increase equipment availability, and two technicians are at the jobsite fulltime, with administrative support from the head office.

The ROC D7 is a multi-purpose machine designed to handle a variety of tasks at construction and quarry sites. The large drilling area and high coverage is an advantage of the machine, with COP 1800-series rockdrills designed to handle up to 115mm diameter drilling in all rock conditions. The rockdrills also have a reflex double damping system developed to keep the drill bit in optimum contact with the rock at all times. The ROC D7 is set up for drilling straight holes utilising double drill steel support, hydraulic feed, and intelligent hydraulic system.

Added to similar features as the ROC D7, the ROC F7 also has a more powerful engine on board to provide increased hydraulic power and compressed air for larger diameter drill holes.

While the tophammer drillrigs were capable of handling most of the work at the dam, a higher capacity machine is required for the big volume blasting. The DTH system is designed to handle drill holes where up to 20m deep is the norm, satisfying the demand for volume drilling.

All drill bits are reground at specific intervals using an Atlas Copco Grind Matic Manual B. The drill rigs are all equipped with CAT engines, and a Caterpillar service centre was located at the dam site.

The cost implementing the Bakun project is expected to be approximately US$1.84B.