An international team of scientists claims to have amassed the largest data set to date on greenhouse gas emissions from hydroelectric reservoirs. While their analysis has downgraded the GHG impact of such reservoirs, importance has also been placed on the role that site design and location can play in minimising carbon dioxide and methane emissions. 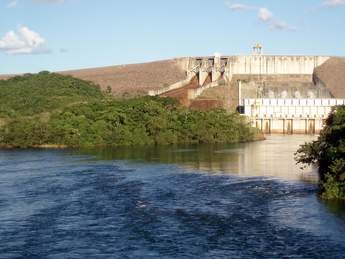 Hydroelectric reservoirs are not major contributors to the greenhouse gas problem. This statement, made by Dr Jonathan Cole, a limnologist at the Cary Institute of Ecosystem Studies[1], is in stark contrast to previous scientific thoughts on the subject. Prior studies have cautioned that all types of reservoirs could be a significant and large source of both carbon dioxide and methane to the atmosphere.

One such example was the research gathered by the World Commission on Dams, which sent shock waves through the energy sector over 11 years ago. Measurements taken at a hydropower plant in Brazil added weight to the report’s conclusions that the world’s hydropower reservoirs were responsible for between 1 and 28% of the planet’s climate gas emissions.

However Cole and his research colleagues have now downgraded these previous estimates, suggesting that they could be 16M metric tons less than previously thought, as earlier approximations were on the basis of more limited data.

Support grants from FURNAS Centrais Elétricas and the Swedish Foundation for International Cooperation in Research and Higher Education (STINT), have enabled the international team of scientists to undertake research into the subject. They gave their analysis in a paper entitled Carbon Emissions from Hydroelectric Reservoirs Linked to Reservoir Age and Latitude [2], which was published online in Nature Geoscience in August 2011. In summary their findings posit that man-made hydroelectric reservoirs emit a relatively small amount of both carbon dioxide and methane.

However Cole admits that there are some caveats. “To date, only 17% of potential hydroelectric reservoir sites have been exploited, and impacts vary based on reservoir age, size and location,” he said.

Lead author Nathan Barros, of the Federal University of Juiz de Fora in Brazil, explains further. “The bottom line is that per unit of energy, hydroelectric generation produces much less carbon dioxide and methane emissions than previously thought, but impacts are not equal across all landscapes.”

The amount of greenhouse gases generated by hydroelectric reservoirs depends on where they are built, with the team’s analysis indicating that emissions are correlated with latitude and the amount of biomass in the watershed. And as Barros adds: ‘Reservoirs in tropical locations, such as the Amazon, emit more methane and carbon throughout their lifecycles.’

Hydroelectric reservoirs cover an area of 3.4×105?km2 and comprise about 20% of all reservoirs. In addition, they contain large stores of formerly terrestrial organic carbon. Significant amounts of greenhouse gases are emitted, especially in the early years following reservoir creation but the global extent of these emissions is poorly known.

While hydro supplies an estimated 20% of the world’s electricity and accounts for more than 85% of electricity from renewable sources, future development is expected globally. In addition future emissions will be highly dependent on the geographic location of new hydroelectric reservoirs. The paper’s authors urge careful consideration of site location and design. ‘During the environmental impact phase, it should be a goal to minimise the amount of carbon dioxide and methane emitted per unit of energy generated,’ Cole says.

The authors also call for a study that assesses a site’s carbon budget before and after reservoir construction, while pre- and post flooding analysis would clarify the net carbon impact of hydroelectric reservoirs.