Emerging markets across the world are investing heavily in shale gas development in the hope of reducing their current reliance on natural gas imports, reports GlobalData. 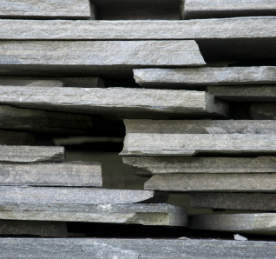 Investment for shale gas development has been increasing in emerging markets such as Poland, Argentina, Australia and China. Argentina made substantial investments in shale gas, amounting to around $2.05 billion, from 2009-March 2013 (see figure 2). In 2010, shale gas investment in Argentina amounted to an estimated $513.85 million, which increased to around $1.42 billion in 2011. The Argentinean Government has also introduced the Gas Plus programme in order to support gas shale development in the country. This programme allows operators involved in shale gas development to sell natural gas at a higher price.

In Poland, natural gas imports accounted for around 83% of total natural gas consumption in 2011. That year, Poland imported approximately 417.64 billion cubic feet (bcf) of natural gas, while natural gas consumption amounted to around 503.17bcf. According to the Polish Geological Institute (PGI), the amount of recoverable shale gas in Poland amounts to an estimated 67,756.8bcf. Higher estimates for recoverable shale gas resources in Poland varied from 12,210.34 – 27,102.72bcf. According to PGI, shale gas resources are estimated to be around five times more prevalent than the conventional gas resources, which amount to an estimated 5,117.05bcf. It is expected that shale gas, along with conventional gas, could meet natural gas demand in Poland for a period of between 35 and 65 years.

In several countries across the world, governments have initiated schemes for the development of shale gas. In Argentina, the government’s Gas Plus programme was introduced to encourage companies to carry out shale gas exploration and development. The programme is a financial incentive for oil and gas companies, allowing them to charge higher prices for natural gas than the government-regulated prices. It was initiated in 2008 in response to a natural gas shortage in the country.

In South Africa, the government decided to lift the moratorium imposed on hydraulic fracturing or fracking. The moratorium was imposed in April 2011 owing to the rising concerns of environmentalists regarding this controversial process. In light of the study carried out by the Department of Mineral Resources (DMR) task team, the South African Government decided to lift the moratorium in order to tap the gas shale resources located in the Karoo region. The study conducted by DMR suggested that hydraulic fracturing activities to develop gas shale resources were safe for the environment.

In August 2011, Germany’s Federal Environment Agency implemented new mining laws, including guidelines regarding the environmental impact of each well drilled. The laws also include a provision of banning fracking activities in areas where such activity could pose a threat to drinkable water. Recently, the German Government has drafted regulations to allow hydraulic fracturing in order to encourage gas shale development in the country. According to Natural Gas Europe, the new legislation emphasises the restriction of hydraulic fracturing in drinking-water-protection areas, and will make environmental assessment compulsory for operators planning to implement the process.