Strategic corrosion management is a key weapon in the fight to extend the design life of aging offshore infrastructure and maximise recovery rates during new upstream projects. Zeinab Marsh of TAQA Bratani, the wholly owned UK subsidiary of the Abu Dhabi National Energy Company, talks to Julian Turner about evolving legislation, the great crew change and pushing corrosion prevention to the top of the industry agenda. 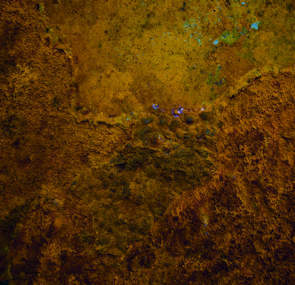 In the past, corrosion prevention was at best a minor blip on the average oil and gas executive’s radar. During the boom years of the 1960s and 1970s, with pristine new rigs popping up everywhere, from the UK Continental Shelf to the Persian Gulf, the biggest concern was getting the black gold out of the ground and into the refinery fast enough to satisfy unprecedented global demand.

Fast forward four decades, and that demand continues its inexorable upward curve, inflating the price of crude and forcing E&P departments into increasingly inhospitable environments in search of ever-dwindling hydrocarbon reserves. Extending the design life of existing infrastructure and maximising recovery rates is now a priority for the majority of offshore operators – and central to these efforts is strategic corrosion management.

"Corrosion is estimated to cost oil companies $1.3bn annually and is a contributing factor in 15% of hydrocarbon leaks."

As the leading cause of pipeline failures and leaks, corrosion is estimated by NACE International to cost oil companies $1.3bn annually and is a contributing factor in 15% of hydrocarbon leaks. Preserving asset integrity is suddenly top of the industry agenda – and experts such as Zeinab Marsh are having their day at last.

"The largest issue facing the offshore industry is external corrosion of topsides pipe work, vessels, equipment and structural steel work," says Marsh, corrosion and materials technical authority for TAQA Bratani. "Assets are now being used substantially beyond their original design life, and justification in corrosion and integrity terms is essential to the life-extension process."

Corrosion can be defined as the gradual destruction of materials, usually metals, by chemical reaction with their environment. Most commonly, this takes the form of electrochemical oxidation of metals in reaction with a compound such as oxygen or carbonic acid in the presence of water. But while these and other types of corrosion pose a significant problem, the threat to offshore assets takes many forms, as Marsh explains.

"Microbial corrosion of water-injection systems, especially pipelines, is a major issue and, historically, these systems have been given a lower priority than hydrocarbon systems," she says. "As an industry, we need to improve our microbial analysis techniques, and this is now taking place through new techniques such as DNA testing, which can detect microbial species that are missed by traditional techniques.

"Another problem tied to microbial issues is field souring. Many originally sweet fields are now producing high levels of hydrogen sulphide (H2S) due to microbial activity. This can lead to cracking of susceptible materials such as carbon and stainless steels.

"Many originally sweet fields are now producing high levels of H2S due to microbial activity."

"The production of highly corrosive, high-H2S fields is a particular problem in the Middle East, where these conditions can be far more extreme than those seen in the UK sector, although they can also be found in places like Alberta, Canada."

Marsh also stresses the importance of developing more effective corrosion inhibitors – chemical compounds that, when added to hydrocarbon streams, decrease the corrosion rate of carbon steel – in order to mitigate the effects of internal corrosion on hydrocarbon systems.

The search for untapped reserves means that oil companies are drilling deeper and at higher temperatures. It isn’t unheard of for operators to reach pressures of up to 35,000psi and temperatures of more than 450°F, further increasing the stress on new and legacy infrastructure.

"High-pressure and high-temperature fields present issues in terms of materials selection and corrosion inhibition," says Marsh. "Another problem is corrosion under insulation, which is associated with high degradation rates and is difficult to detect without removing the insulation."

TAQA’s oil and gas asset portfolio spans Iraqi Kurdistan, North America and the Netherlands. It is also one of the fastest-growing exploration and production companies working in the UK North Sea, having invested over $4bn in capital in the nation’s oil and gas industry since 2007 and $1.3bn in TAQA Bratani’s offshore assets since acquisition in 2008.

In October 2012, the company announced the discovery of a new oil accumulation by well 211/21-N94, known as the Contender prospect, in the UK Northern North Sea Block 211/22a. The well was drilled from TAQA’s North Cormorant platform and is expected to yield 10-30 million barrels of oil in place.

Central to preserving the integrity of these and other TAQA Bratani assets is a corrosion strategy that encompasses risk-based inspection, corrosion control and risk assessment, cathodic protection systems, pipeline risk assessment, and corrosion mechanism analysis, modelling, growth and failure investigation.

"TAQA has invested over $4bn in the nation’s oil and gas industry since 2007."

"TAQA Bratani’s corrosion management strategy is implemented in the form of corrosion control matrices (CCMs) detailing all activities required to manage corrosion effectively, and we have offshore chemists that ensure implementation of those CCMs in conjunction with operations," explains Marsh. "Risk-based inspection is in place for all pipe work, vessels, tanks, heat exchangers, pipelines and structures to assess both internal and external corrosion and integrity issues."

More prosaic, but equally important, are visual inspections conducted by personnel, which alert corrosion experts to defects and degradation mechanisms across the full spectrum of offshore environments.

"For detecting external corrosion, the importance of good visual inspections is a major issue," says Marsh. "We have dedicated offshore inspection teams on our platforms to fully implement our risk-based inspection scheme.

"For any existing systems, inspection and corrosion monitoring data is preferred over corrosion modelling. Defect growth assessments are performed based on the findings from intelligent pigging of pipelines and topside inspection programmes.

"TAQA has completed a major cathodic protection (CP) review for all the assets and pipelines. A retrofit programme is ongoing to ensure that CP remains effective for the required service life. This programme is one of the core components of TAQA’s life-extension policy."

The potential impact of the great crew change has been well documented. Roughly half of the global oil and gas industry’s employees are scheduled to retire in the next decade and this talent drain is especially pronounced in the field of corrosion science and engineering.

Kevin Garrity, NACE president at the Mears Group, speaks eloquently about the importance of training a sustainable workforce of oil and gas industry professionals. Marsh echoes this sentiment and points to TAQA Bratani’s 2013 graduate recruitment drive as evidence of the company’s commitment to addressing the industry-wide skills shortage. The next generation of corrosion experts must also be fluent in evolving legislation in collaboration with bodies such as the UK HSE.

"The oil and gas industry’s talent drain is especially pronounced in the field of corrosion science and engineering."

"The major change is the way legislation is implemented by the UK HSE, which has developed the KP3 and KP4 programmes for asset integrity and aging assets, respectively," explains Marsh. "One of the core principles of KP4 is that it is not acceptable to just show that the assets are in an acceptable condition at this point in time.

"The operators have to understand the history of the assets, and understand how they are likely to age in the future until the end of required life. Future life prediction and verification is now a core requirement. Because of this change in emphasis, a major effort was required to increase understanding of the condition of the assets by inspection. Remediation plans have been initiated to address degraded items to ensure that our assets remain safe, now and in the future."

"In the last decade, we have seen innovations mainly coming from the supply chain in the form of improved paint coatings, better non-destructive testing techniques using ultrasonic and radiography, and superior chemicals and materials," says Marsh.

"TAQA Bratani’s R&D strategy includes sour service laboratory testing with the Energy Institute and other operators on guidelines relating to external corrosion, corrosion under insulation and degradation under pipe supports.

"We are also working on an anomaly management database, developing inspection techniques such as scanning patterns and coverage hot spots, ensuring that they are tailored to expected corrosion mechanisms, and we are replacing corrosion inhibitors and biocides with more environmentally friendly chemicals."

With innovations such as these in the pipeline, corrosion management is now a significantly larger blip on the average oil and gas executive’s radar.