Completing Torrenord and looking ahead to Porto Tolle

ENEL is in the process of increasing the proportion of clean coal in its fuel mix through two major oil repowering projects, one at Torrenord where the first unit has just gone commercial, and one at Porto Tolle, where work is due to start next year and which will be put forward as a candidate for the EU CCS demonstration flagship programme. 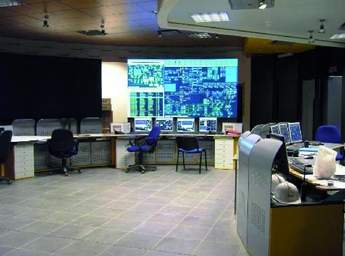 While in the longer term nuclear power may be revived in Italy, and recent parliamentary initiatives are paving the way for this, a key item on ENEL’s immediate domestic agenda, perhaps surprisingly, is the expansion of clean coal generation.

Although the Italian national utility ENEL does have nuclear interests through its international shareholdings (notably Endesa, Slovenske elektrarne and a 12.5% share in Flamanville 3) there is currently no nuclear generating capacity in Italy (following its closure in the wake of Chernobyl). Gas and oil account for about 70% of Italy’s power generation, with combined cycle plants providing 56%, many of them now running at low load factors, averaging about 3000 h operation per year. Some of the new CCGT capacity has been created by a programme of repowering old oil units, now completed.

In the interests of diversity, security and economy, ENEL would like to see advanced clean coal technology play an increasing role. Only about 13% of Italy’s electricity is coal generated, while 30% of the power ENEL generates in Italy comes from coal. The utility has a target of increasing that figure to 50% by 2013.

About 4 GW of the new coal capacity is coming from the repowering of two oil fired units, Torrenord (Torrevaldaliga Nord) and Porto Tolle, while further clean coal generating capacity will be provided by the replacement of existing old coal units with new, more efficient, plants.

The new Torrenord units, each rated at 660 MWe, with steam conditions of 250 bar/600°C SH and 55 bar/610°C RH at steam turbine inlet (604°C and 612°C at SH and RH outlet respectively), can be considered among the most advanced coal fired power plants in the world and set a new benchmark for European power generation technology in general and for repowering projects in particular.

The design net efficiency is 45% (LHV basis), which is particularly impressive when the relatively high Mediterranean sea temperatures are taken into account, average 20°C, 13°C in winter and 27°C in the summer (leading to a one percentage point efficiency penalty relative to plant located on, say, the North Sea). The new Torrenord units have seven feedwater and condensate preheater stations, with a condenser back pressure of 0.042 bar.

Emissions control measures incorporated in the flue gas treatment line are summarised in the diagram below.

The new plant also has a number of other innovative features aimed at reducing environmental impacts. Particular attention has been paid to dust-minimisation in the design of materials handling and storage systems (for coal, ash, lime and gypsum). The new plant employs low-dust-emission ship unloaders, closed belt conveyors and closed coal storage buildings (dome shaped), with the closed loop coal handling and storage system operating at a reduced pressure to reduce dust dispersion.

Minimising water use has also been a key consideration and a ZLD (zero liquid discharge) regime has been adopted. Torrenord is 80 km west of Rome, on the coast, about 3 km from the ancient Roman town of Civitavecchia (pop. 50 000). The new plant is not allowed to use any of the water resources available to Civitavecchia. Most of the power plant’s water consumption arises from the FGD and from dust suppression. The industrial water requirements are met by seawater desalination using reverse osmosis, while a crystalliser plant is used to maximise recovery of industrial water from the plant process.

The new units employ fabric filters for control of particulates, a technology that has been found to work effectively at other Italian coal plants.

Ammonia for the selective catalytic reduction systems is generated on site from urea (using the Ammogen process).

The old oil-fired plant consisted of four 660 MW units equipped with B&W type once-through supercritical boilers (250 bar/540°C/540°C). Three of these units are being repowered, while the fourth is being dismantled.

The main elements of the repowering can be summarised as follows:

• Replacement of the old oil-fired boilers with new coal fired ones supplied by a dedicated consortium of Babcock-Hitachi/Ansaldo Caldaie/Demont.

• Replacement of the steam turbines with new ones supplied by Mitsubishi Heavy Industries.

• Construction of a seaport with a new main jetty for coal unshipping from Panamax and Post Panamax vessels, and a secondary jetty for limestone unloading, and ash and gypsum loading (so as not to burden in any way the existing local transport infrastructure).

• Installation of a new reverse osmosis plant for seawater desalination.

• Installation of a ZLD system for FGD blow-down.

The main equipment suppliers are listed above (upper table). ENEL cast its net widely in securing contractors, with a truly international set of companies finally selected. The utility went for a multi-contract approach, with reliability-availability-performance driven contracts.

The design fuel is imported bituminous coal with 6000 kcal/kg LHV and ash content less than 16%. It will be possible to fire a wide range of world traded coals, the only limitation being sulphur content needs to be less than 1%.

The plant is designed to operate principally in baseload mode, but the new units will also be capable of participating both in primary and secondary (remote) regulation of grid frequency, with programmed variations between 25% to 50% of plant MCR (maximum continuous rating) at a gradient of 1% MCR/min and between 50% to 100% of MCR at a gradient of 2% MCR/min.

The guaranteed emissions limits for the new Torrenord units (ref. 6% O2 dry basis) are as follows:

These limits are about half of those stipulated in the EU Large Combustion Plant Directive (2001/80/CE), namely 200/200/30 mg/Nm3 for SO2/NOx/particulates respectively. But, as reported by Leonardo Arrighi of ENEL at the recent MPS/VIBevents New Build Europe 2009 conference (Munich, 29 June-1 July), emissions performance has been excellent during early operation of the first unit. “The good numbers we expected at Torrenord” have been achieved, he said.

With Torrenord now well advanced, attention is turning to the next repowering project, that at the Porto Tolle oil fired station (which once upon a time had been considered a candidate for conversion to orimulsion). The four-unit Porto Tolle oil plant (2640 MWe in total) will be converted to a 3 x 660 MWe clean coal station in a very similar way to Torrenord, with wet limestone FGD, SCR, fabric filters, twin domes for coal storage and minimum-dust materials handling.

However, more attention is being given to carbon capture and storage (presumably a reflection of how carbon dioxide has moved up the agenda since the Torrenord repowering was originally planned) – indeed Port Tolle is now envisaged as a key CCS post combustion demo project.

Two of the new Porto Tolle units will also be designed to accommodate co-firing of local biomass (up to 350 000 t/y).

The guaranteed emissions limits for the “conventional” pollutants will also be more stringent at Porto Tolle than Torrenord: 80/90/10 mg/Nm3 for SO2/NOx/particulates, respectively (daily basis), with the particulates required to fall to 7 mg/Nm3 after three years of commercial operation. These tighter limits reflect “Regione Veneto” requirements, as the plant is about 55 km south of Venice, on the Po delta.

Another difference from Torrenord is that Porto Tolle will use river as opposed to seawater cooling. Like Torrenord, Porto Tolle has a

target efficiency of 45% and will employ ultrasupercritical steam conditions, but the boiler supplier will be STF BWE rather than the Babcock-Hitachi consortium of Torrenord. Other main equipment suppliers have yet to be announced. Indeed, the project itself requires what is called a “Construction Decree” before it can proceed, which is expected in December 2009, according to Leonardo Arrighi, speaking at the New Build Europe 2009 conference.

The hope is that site work can start in March 2010 (with demolition of the existing boilers). The first block could then be in operation in September 2014, 54 months later, with the other two blocks entering commercial at six-monthly intervals thereafter (March 2015 and September 2015).

The Porto Tolle site lacks suitable locations to build harbour facilities to accommodate incoming coal and limestone and outgoing gypsum and ash. The proposed solution is to anchor a 170 000 dwt (Cape-size) vessel three miles offshore to act as a floating terminal, able to accommodate coal carriers of 75-100 000 dwt. The terminal ship would have seven holds for coal, one for limestone/gypsum and one for ash. Self propelled 3000 dwt barges will be used for transport between the terminal and the plant site. The tendering process will invite bids for the supply and operation of these plus the terminal vessel.

Porto Tolle also figures prominently in ENEL’s plans for carbon capture and storage demonstration, as explained by Leonardo Arrighi in his New Build Europe 2009 paper. The utility is currently building two carbon capture demo facilities at Brindisi, one using amine scrubbing (due to enter operation in January 2011) and an oxyfuel plant (with operation expected around February 2012).

Beyond these facilities ENEL is proposing to retrofit a post combustion capture plant to one of the repowered Porto Tolle units, treating 40% of the flue gas (1 million Nm3/h). The capture rate will be 85%, with 1 million t of carbon dioxide to be stored in deep saline aquifers. Suitable storage sites are currently being investigated, within a 100 km radius of the power plant site.

ENEL plans to put the Porto Tolle demo project forward as a candidate for the EU flagship CCS demonstration programme, requiring it to be commissioned in 2015.

To meet this schedule design of the capture system is already underway, Leonardo Arrighi said, with procurement activities for capture, transport and storage expected in 2011-2012 and start of CCS?construction envisaged early in 2013, allowing capture to take place within 2015.