Coal: still the bridge to the future?

Australia’s Sydney Exhibition Centre was the venue in September for the 19th World Energy Congress, where representatives of the world’s most influential energy players gathered to map out a sustainable future for the global energy supply. 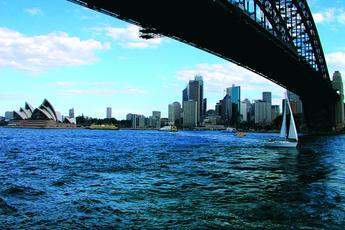 The 19th World Energy Congress was set to the theme ‘Delivering Sustainability: Opportunities and Challenges for the Energy Industry’. “Energy sustainability in all three of its dimensions – accessibility, availability and acceptability – is one of the critical issues facing humanity” said Antonio del Rosario, chairman of the World Energy Council. Adding that while all developing countries have a stake in energy sustainability, large populations, in the Asian region especially, aspiring to greater prosperity will strongly test the ability to deliver energy sustainability. In what was seen as a reference to China and India, where the major part of growth in consumption is expected to take place over coming decades, Rosario advocated distilling all available wisdom on policies, market structures, pricing arrangements and technologies in order to deliver energy sustainability.

Given that the world’s reliance on fossil fuels and a likely revival in nuclear energy were recurrent themes, it was appropriate that the congress was opened by Australia’s prime minister John Howard, leader of a nation that exports more coal than any other. It also seemed appropriate that the first day’s keynote address was delivered by Francois Rouselly, chairman and chief executive officer of Electricité de France, the world’s largest nuclear generator. Rouselly began proceedings by raising a number of issues that face the energy sector in the coming decades.

Growing energy demand among both developed and developing nations is, it seems, matched by growing energy inequality, with more than two billion people having no access to electricity. Simultaneously, a wave of supply industry liberalisation has swept the planet, leaving the market the prime mover in directing investment and technology. Hanging over all is the growing threat of climate change.

These factors, Rouselly said, prompt action, and he suggested a number of themes that should be borne in mind when devising strategies to address future challenges. Rouselly pointedly highlighted the small progress on energy efficiency and consumption patterns made since the last congress, in Buenos Aires in 2001. That congress strove to demonstrate that markets, crucial agents for economic efficiency, could meet the challenge of achieving sustainability along with equity, social and environmental expectations.

The Sydney congress was intended to move this debate beyond expressions of concern about sustainability and instead invite technically sound, economically feasible and environmentally and socially acceptable solutions. “The theme challenges us to move forward – from debate to practical action focused through business initiatives and partnerships.” said Jim Starkey, congress technical director.

Nonetheless, three years after Buenos Aries, Rouselly said, fundamental questions need to be raised in order to devise a coherent mechanism to reduce demand and focus the corporate world on efficiency rather than increasing sales. Meanwhile, studies suggest several billion dollars are needed annually for the next two or three decades in order to make real progress on creating the access to energy that is a fundamental human right. Indeed, the IEA has found that some $16 trillion for energy investment will need to be found over the next 30 years. But where are these funds to come from? Warming to his theme, Rouselly also argued that the current level of international co-operation is not sufficient to address these challenges.

With political instability in the Middle East at the forefront of the political agenda, and many oil exporting nations consuming more production in their domestic markets, Yohasaku Fuji, chairman of the Federation of Electric Power Companies of Japan, highlighted the increasingly crucial role that nuclear power is likely to play in global energy supplies and certainly within Japan. On the security of supply issue, Fuji also point out that the role of renewable energy, while significant, is not sufficient to become a key source of energy at the moment or play a major role in reducing emissions.

This position was echoed by Chip Goodyear, chief executive of BHP Billiton. However, Goodyear argued that fossil fuels are all but certain to maintain their dominance in supplying the world’s primary energy needs in the coming decades, to the tune of almost 90 % through to 2025. Goodyear suggests that nuclear capacity will grow slowly, while renewables capacity will see rapid growth, but from an extremely small base. He went on to say that renewables and fossil fuels must co-exist in order to meet energy needs in a sustainable way that does not compromise the economy, a key part of this equation being a low emissions future with continuing reliance on fossil fuels. Goodyear confidently points to technological innovations to provide this future, while relying on both the energy industry and energy consumers and governments in a concerted 20-year effort to deliver the necessary mechanisms to develop these technologies and promote their uptake.

With so much attention on climate change, one issue that cannot be avoided is the continued dominance of fossil fuels in the energy mix. The World Energy Council chose the congress to unveil a study on the role of coal in sustainable global development through to 2030 which concludes that not only are coal supplies abundant and cheap, but the vast majority of coal-based systems are also expected to be cost effectively clean by then, given the right market conditions. The study concludes that coal is likely to grow as a low-cost foundation for economic and social development and aid substantially in the eradication of energy poverty. But more proactive involvement of the energy industry is required to develop clean technologies at bearable costs that can be transferred between nations.

Similarly, RWE’s Roels argued that sustainable development requires a balance of economic interests, environmental protection and social aspects, a trinity of issues that are in some respects in conflict with each other. He highlighted the very long investment cycles associated with the energy business which prevent radical structural changes in the global energy system over the short-term, and added by way of illustration that to increase the average efficiency of the power plant fleet by an average of 10 % would take upwards of 30 years, even if the economics are a ‘given’. However, said Roels, liberalisation leads consumers to expect the very lowest possible energy prices, while uncertainty for suppliers is increasing and margins are decreasing. But the key factor in achieving sustainability is investment, which promotes the dissemination of existing energy efficient technologies into the developing world. And he warned against deploying state-of-the-art, (ie expensive) systems into regions where it might delay energy access for the majority of people.

Roels went on to highlight a number of areas that could lead the way to a more sustainable energy future. Primary among these is the transfer of existing energy efficient technologies in generation, transmission and distribution allowing developing nations to leapfrog in technological development. However, while a focus on research into new technologies and operational excellence is also crucial in developed nations, an exclusive focus on renewable energies is misguided. The sensible approach, says Roels, is to drive forward technological development of all energy options in parallel to realise the optimisation potential in traditional energy sources.

Exxon Mobil’s science strategy and programmes manager Brian Flannery also suggested that investment in technology has a key role to play in delivering sustainability, though he argued that the world needs to look beyond international agreements and focus on strategies that deliver low emissions on a global basis, arguing that innovative technology provides the only potential solution that manages long-term risk, preserves prosperity and promotes development.

Flannery’s words echoes the conclusions of the WEC’s Performance of generating plant: New Realities, a new study unveiled at the congress. The report says that some $80 billion per year could be saved by enhancing power plant performance and reliability, along with a 4 % reduction in greenhouse gas emissions. However, the greater part of this performance improvement could come from changing plant management and human factors, rather than technology and equipment upgrades. WEC also chose the congress to unveil a study on the policy drivers for energy efficiency, Energy efficient policies – a worldwide review. The study found that the primary long-term drivers of energy efficiency policies are security of energy supply, efficiency of national economies, environmental concerns such as global warming and, in developing nations, investment constraints on the energy supply side. Both studies conclude that significantly more needs to be done to achieve the potential for energy efficiency and plant performance.

A realistically balanced solution for the two billion people without access to electricity clearly remains some way off. The principal conclusion of the congress was that sustainable energy systems are achievable, but there are many challenges that need to be tackled urgently if they are to be achieved in this century. To this end, it formulated a plan of action based on the following main points.