Batteries are included, with everything, says GE

GE says it is offering integrated battery systems for its full range of coal and gas power plants, including HA gas turbines and the mobile TM2500. 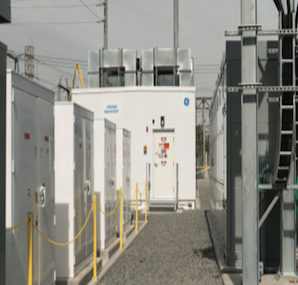 GE says it is offering integrated battery systems for its full range of coal and gas power plants, including HA gas turbines and the mobile TM2500.

The concept has already been implemented at two Southern California Edison (SCE) sites, where installation of LM6000/ battery hybrid (LM6000 Hybrid EGT) units was completed in April. The LM6000 Hybrid EGT was developed in response to changing regulations and grid requirements in the wake of California’s Aliso Canyon energy crisis, said GE, and will ultimately support increasing renewable energy capacity on the California grid.

The SCE facilities were “a kind of a services upgrade”, says Brian Gutknecht, chief marketing officer for GE Power. “But with all of our new plants, we’re going to give a battery option as well.”

Gutknecht is convinced this is only the beginning. As battery costs continue to drop, it will make economic sense to deploy customisable battery systems of various capacities at an ever-widening array of plants. “As an industry,” he says, “I think we’re just scratching the surface in terms of the opportunities to optimise these hybrid solutions.”

GE’s offering includes software it has developed that allows the operator to manage and optimise how fast the battery discharges and how quickly the turbine needs to ramp up from full stop. “Anybody can put a battery next to a turbine,” said Mirko Molinari, GE general manager for digital grid, “the magic is in integrating the controls.”