At the hub of it all 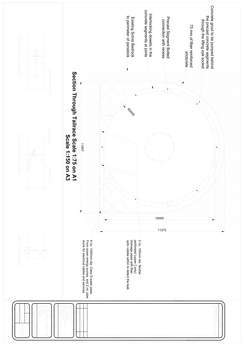 A small company based in West Cork in the Republic of Ireland, Organic Power has been developing the design and permitting of pumped storage, wind and other renewable projects in Ireland since 2007. It plans to deliver clean, competitive, dispatchable electricity by undertaking large scale projects which include intermittent generation sources, energy storage and dedicated HVDC grid infrastructure, gaining access to appropriate markets which may be in a different location to the energy resource.

This vision is embodied in the Mayo Atlantic Renewable Energy eXport (MAREX) plan for 2017 where:

• The 6GWh, 1200MW Glinsk Energy Storage Hub (incorporating a sweater pumped storage project) provides the back up for intermittency.

• A dedicated 500kV, 1300MW underground/undersea cable link to the UK efficiently delivers the clean electricity product to the UK market – without compromising the Irish grid with levels of energy it is not designed for.

The current status of the MAREX plan is that scale and technology are defined on the basis of available resources, environmental limits and market access. Discussions with relevant stakeholders are at various stages, and strong local support has been given to the project. Locals clearly see the potential development that can be unlocked by this development. Further design and assessment work is ongoing.

Final permit applications will be lodged with the relevant authorities before the end of 2012. Subject to permitting, project finance has been secured in principle and the three year construction period will commence in early 2014. The project will be energised in early 2017.

The seawater pumped storage plant is conceived as providing energy storage for wind and ocean power, transforming these unpredictable energy sources into reliable power available on demand. It will expedite the long awaited potential to develop renewable wind generated electricity in Mayo at a large scale. It will also be ready to accept energy from wave and floating wind turbines (on a large scale) when this technology comes of age, targeted for 2027. It will also link the best wind resource in Europe to the UK market, delivering clean power when it is needed.

The €480M project (excluding grid) is commercially competitive at a build cost of €400/kW excluding transmission systems. Construction will generate 200 jobs for three years and justify the immediate rollout of a dedicated grid connection to the UK by 2017 as part of the MAREX plan.

Using seawater allows for larger and more economical schemes without the need to use valuable and limited freshwater resources. It will also dictate that all wet elements are suitable for the marine environment through the use of marine grade steel, concrete, plastics etc. Experience from the operation of the Yanbaru seawater pumped storage scheme by JPower in Okinawa, Japan since 1999 has shown that seawater is perfectly adequate for use in such systems [2].

Glinsk Mountain in County Mayo has been selected for this project because of its almost unique qualities as a high, flat topped, mountain. Located beside the sea, and not in an environmentally designated site, it is composed of very hard, impermeable and immensely stable schist rock.

The project site faces the Atlantic Ocean and the upper reservoir is located on the plateau of Glinsk Mountain where the reservoir base will be 288masl and 700m from the coastal intake. The Glinsk project (see figure 2) will use the sea as the lower reservoir. The design concept carried out by erm21c is being advised on by JPower.

A total of 8.9Mm3 of seawater can be pumped to an average elevation of 292masl to fill the reservoir from empty, providing 6.1GWh of storage per cycle. When released, the water from the reservoir will generate electrical power at 1200MW from the four variable speed 300MW reversible turbines for five hours. The scheme will accept energy off peak for 8-19 hours per day depending on the available wind energy. Electrical efficiency for the pumped storage plant has been modelled from the design at 75%.

Electric power sourced from wind (and later ocean and floating wind power) will provide the input power during off peak hours of electricity demand. The facility will accept wind power from the planned 1900MW of wind turbines (initially in 2017) during off peak night time hours or when generation exceeds demand, and use it to pump seawater to the reservoir on top of Glinsk Mountain [3]. The stored energy will be exported via HVDC link to the UK for use during peak times. The pumped storage scheme can deliver power at maximum output for five hours per day, approximately corresponding to peak demand in the UK. It is further planned to accept seawater pumped to the reservoir from 800MW of ocean energy pumps, and power from 500MW of potential floating wind turbines for 2027.

More than 550,000m3 of peat must be removed from the summit of the mountain to allow for reservoir construction. This will be removed by transforming the peat into a wet sludge and pumping it downhill through pipes to a holding reservoir, where the peat is dewatered and the water returned uphill for further sludge activation. The system is a closed circuit with water cleaning systems incorporated, and has been designed on advice from KOOP Water Management of Holland.

The reservoir embankment will be an earthquake resistant reinforced earth system gravity retaining structure (see figure 3) constructed with rock from within the site, based on designs from Terre-Armée/Reinforced Earth Company [4]. The geomembrane system consists of a geocomposite. This is formed from an impermeable PVC geomembrane laminated during manufacturing to a geotextile providing puncture resistance and increased dimensional stability. The geocomposite will be applied to the full face of the vertical walls either in front of (exposed configuration) or behind (covered configuration) the precast panel wall. PVC has excellent material properties and weather resistance characteristics and is commonly used to line pumped storage reservoirs. An asphaltic liner will be used to seal the reservoir floor. The combined sealing system will securely prevent water leaking from the reservoir into the surrounding environment.

A leakage monitoring and detection system will be used to detect seawater leakage should damage to the sheet occur. Underneath the sealing systems of the reservoir a drainage system will be installed in order to intercept possible leakage water. A fibre-optic leakage detection and localisation system (based on the heat-pulse method developed by GTC Kappelmeyer GmbH [5]) will be fitted to pinpoint possible leaks at critical points. This online automatic system will enable immediate action to empty the reservoir in case of leak detection. It will prevent sea water from leaking into the neighbouring environment. As the PVC sheet and asphaltic are the top layers of the lining structure, they can be repaired.

To preserve the landscape in the area, the penstock and powerhouse will be excavated underground. The 6.9m diameter penstock and 10m diameter tailrace will be assembled within the excavated tunnel by mounting FRC concrete panels (multi-segment in the diameter), which are grouted into place to maintain back pressure from the mountain (see figure 5). The powerhouse will be located 50m below sea level, and will consist of a cavern containing the pump turbines. This cavern will be accessed by a vertical 150m deep access shaft from the surface of the ground above. The cavern will be connected to the sea by a 120m long intake structure located below sea level in the east facing cliff of the sea chasm.

The water intake is from a sea chasm at the north eastern part of the site which provides wave shelter on three sides, with a porous breakwater constructed to shelter the fourth side. The breakwater is composed of a tetrapod/X-bloc mound wave attenuation structure located at the mouth of the sea chasm. The main functions of the tetrapod/X-bloc barrier will be:

• Dissipate the energy of the exiting water post generation and protect marine habitat.

The water in the chasm will enter and exit the tailrace through a below-sea-level sluiced water intake structure, which will be constructed as a caisson off site and floated into place for submersion and fixing, prior to breakwater construction. Once in place the caisson will be pumped out to allow the final tailrace breakout to be completed in dry working conditions.

Materials for the pump-turbine runner and the guide vanes will be made from austenitic stainless steel which has anti-cavitation, anti-wear and anti-corrosive characteristics. For high efficiency power generation and pumping, a combination of variable and fixed speed pump-turbines will be used.

The inclusion of pressurised piped seawater delivery from wave pumps provides a market and platform for the development of wave energy conversion devices. Six 500mm diameter valved delivery pipes will be connected to the pressurised penstock upstream of the powerhouse. Several wave energy conversion developers are working on large scale units (see figures 6 &7) which can pump high pressure water in large volumes and are designed specifically for this type of application, where electrical generation components from wave energy convertors and associated maintenance are eliminated. Sea-Power of Ireland and AWE of Finland are collaborating in a detailed assessment of supplying the Glinsk Energy Hub with pumped seawater.

In the design of the Energy Storage Hub, pipe work has been incorporated to allow the equivalent of 200MW average electric power to be provided as pumped water from ocean energy devices. This array is proposed directly offshore from the Glinsk Energy Hub, where sufficient depth and wave energy are available within 1km. At a capacity factor of 20-25% this would equate to an array of approximately 200x4MW wave pumps. Electricity input to MAREX from such an installation would equate to a range of 160-200MW, producing approximately 1-1.3TWh/yr, after pumping losses.

An Environmental Impact Statement has been prepared by erm21c to assess the impact of the project on the local environment. It details mitigation measures to minimise the impacts identified. These include:

• Landscaping the new profile of the mountain to minimise visual impacts of views at the proposed world heritage site Ceide Fields (see figure 8).

• Reducing discharge velocity in the chasm to mitigate the impact of sea water discharge on marine life.

• Re-planting reservoir embankments with local flora from the site.

• Treating soiled water generated at the construction site in sedimentation ponds before discharging into natural streams.