No more slicks north of parallel 66

With Arctic E&P set to increase in the future, it is vital that effective oil spill response techniques appropriate to extreme cold weather climates are undertaken. Ohmsett’s Bill Schmidt talks to Mark Brierley about how the industry researches and trains for such conditions. 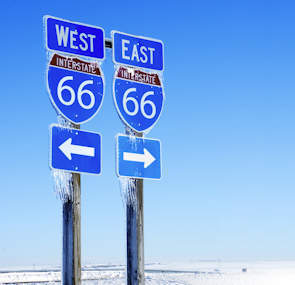 Extreme weather and pristine environments pose unique challenges for companies prospecting north of the 66th parallel. But with an estimated 22% of the world’s undiscovered technically recoverable hydrocarbon reserves, the Arctic is seen as a road worth travelling if insatiable energy demands are to be met.

As the global climate warms and the Arctic ice cover recedes at record pace, the region is becoming more accessible, leading to a forecasted increase in Arctic E&P activities. Over 60 oil and gas fields have been established within the Arctic Circle: one in Norway, six in Alaska, a further 11 in Canada and 43 in Russia.

"Over 60 oil and gas fields have been established within the Arctic Circle."

In February 2013, Statoil announced that it would build an oil terminal close to its Skrugard and Havis fields in the Barents Sea ahead of the start of production in 2018.

It is hoped that an investment of around $15bn will help to industrialise Arctic E&P. Rosneft and ExxonMobil have also recently signed an agreement to explore 12 new offshore licences in the Barents, Chukchi, Kara and Laptev seas. Meanwhile, LUKOIL is lobbying the Russian Government to open up the country’s Arctic shelf and allow other companies exploration licences.

This follows years of successful oil production in other Arctic regions, particularly Alaska’s North Slope, which has seen commercial oil exploration for more than 50 years. Discovery of the Prudhoe Bay oilfield in 1968 has seen more than 11 billion barrels of oil extracted since production began in the 1970s, peaking at two million barrels a day in 1989 across the whole North Slope. The experience gained here of working in harsh conditions will be vital as other Arctic regions are explored.

"The Prudhoe Bay oilfield in 1968 has seen more than 11 billion barrels of oil extracted since production began in the 1970s."

But the exploitation of the North Slope’s resources has not been without incident; the Exxon Valdez tanker ran aground in Prince William Sound in 1989, spilling approximately 42 million litres of oil. As recently as 2006, a ruptured pipeline in Prudhoe Bay caused more than a million litres of oil to spill into the icy waters.

At the start of 2013, one of Shell’s two Arctic drilling rigs, Kulluk, broke free from its tow ship in poor weather and ran aground on an island in the Gulf of Alaska. No oil was spilled, but it raised fears about the safety of drilling in the Arctic and led Shell to pause its operations in the region for the rest of the year.

This is where the work of Ohmsett, The National Oil Spill Response Research and Renewable Energy Test Facility comes in. It organises research, testing and training into oil-spill response technologies and procedures, and provides training specific to Arctic conditions, something that may be considered difficult, given its New Jersey location.

"During the winter months, we can replicate cold climate conditions by using a chilling system to cool the water to 32°F and we bring in large chucks of sea ice to place in the test tank," explains Bill Schmidt, programme manager at Ohmsett. "In fact, the tank is one of the few places in the world that allows for full-scale oil spill testing to be carried out, making it
a prime location for Arctic training.

"Several of the largest tests we have carried out here specifically for cold environment conditions are the Bureau of Safety and Environmental Enforcement’s [BSEE] Ice Month and the Norwegian Clean Seas Association for Operating Companies’ [NOFO] testing of skimming technologies."

The BSEE’s recent Ice Month, which took place over February and March, analysed and tested mechanical response equipment, and is currently under consideration for use by the US Navy, the US Coast Guard and oil spill removal organisations. Each test was carried out under varying conditions, with the facility able to alter water temperature, extent of ice cover and wave height.

Commitment from countries involved in Arctic E&P is critical to avoiding the kind of spills seen in Alaska.

"We absolutely need to develop and test the best and most efficient response equipment in the event there is a spill in the Arctic," he says. "Alaska Clean Seas, an oil-spill organisation that provides response services to Alaska North Slope crude oil producers and the Trans-Alaska Pipeline System, holds training sessions at Ohmsett annually for their responders.

"It provides them with hands-on experience of oil and skimmer systems, so they can improve their proficiency in recovery operations. If a company would like to bring their equipment and personnel, we have the capabilities to conduct cold weather training."

While this work is crucial to the already well-developed Alaskan oil spill response procedures, more work is still needed as other countries venture into the Arctic Circle. Being one of the few facilities capable of such work, it plays host to foreign organisations with the aim of promoting and fostering international cooperation in Arctic oil spill response research.

"NOFO recently conducted 15 days of testing at Ohmsett," explains Schmidt. "It tested viable skimming technologies capable of recovering very high viscosity oils in the event of a spill situation during the exploration for and production of oil and gas on the Norwegian Continental Shelf.

"In fact, there is a lot of cooperation within the international community for Arctic and cold climate research. The NOFO test was international; the manufacturers were Lamor from Finland, Desmi from Denmark and Frank Mohn from Norway. Each one has equipment currently in use in cold climate regions and is interested in developing the most efficient systems for response operations."

This kind of cross-border cooperation will pay dividends as more E&P takes place north of the 66th parallel. But with cold climate oil spill response techniques still not as well developed as their temperate counterparts, there is still plenty of work to be done at Ohmsett.