A ceramic solution to slagging and corrosion problems

Recent advances in ceramic coatings technology can offer distinct advantages in the prevention of boiler tube corrosion and slagging, as illustrated in the two case studies described here. 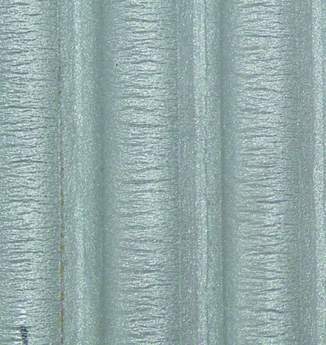 Power generation by coal-burning boilers has been, and will remain well into the future, the world’s primary source of energy. While the type and quality of coals vary greatly around the world, fundamental process challenges remain fairly constant. With few exceptions, coal-fired boilers are subject to slagging and corrosion problems, problems that in Europe cost the coal-fired power generation industry an estimated r20 billion annually.

Corrosion is a leading cause of forced outages throughout the industry, resulting in billions of dollars of lost production. Boiler tube corrosion is a problem that has become more prominent in coal-fired boilers owing to the increased use of low NOx burners, which create a strong reducing atmosphere in the main furnace leading to heavy waterwall wastage.

Slagging is also a widespread problem in the industry. Build-up on the surfaces of boiler tubes results in reduced boiler efficiency owing to the material’s insulating effect, while molten slag forms a mechanical bond with the metal substrate of a coal-fired boiler tube resulting in decreased thermal efficiency, and extreme thermal cycling and fatigue of the waterwall tubes, which leads to circumferential cracking of the tubes (Figure 1).

Currently the industry attempts to combat boiler tube corrosion with an array of solutions, including utilising high alloy tubes, weld overlay or thermal spray. While these methods can be quite effective in solving certain problems, they tend to be quite costly, and may in fact constitute overkill in some instances. They also carry with them some significant disadvantages. For instance, high alloy tubes are susceptible to thermal cycling, whereas weld overlay may be prone to cracking, and thermal spray technologies tend to have considerable porosity.

Similarly slagging issues have resulted in a number of less-than-ideal solutions such as the use of stainless steel tubes or employing online cleaning techniques, including soot blowing, water blasting and explosive blasting. These methods are expensive and can cause extensive damage to the boiler. But there is a recently available cost-effective solution that results in resistance to both tube corrosion and slag build-up following innovations and product developments in ceramic coatings technology.

Cetek has been involved in engineering innovative coating technologies for more than 15 years, and has developed and marketed these solutions in refineries and chemical processing facilities all over the world.

The coatings have been proved effective in preventing fireside corrosion and oxidation, and in increasing overall thermal efficiencies in a variety of high temperature process units. This results in significant operational improvements including increased production or decreased energy consumption typically around 5%, as well as reduced maintenance costs and improved reliability. Other benefits include significant reductions in CO2 and NOx emissions.

In 2002, Cetek began investigating and establishing an understanding of the operational and performance issues associated with coal-fired boilers. Working closely with local facilities, the company was able to develop a new industry specific coating technology that addressed both slagging and corrosion. The result was a ceramic coating that was very dense (less than 1% porosity), yet able to withstand severe thermal cycling without spalling or cracking. More importantly, the coating resists slag adhesion and minimises the amount of reducing atmosphere corrosion.

Figure 5. Lancescope video showing that coatings were effectively preventing slag buildup, with a distinct line of demarcation visible between the coated and uncoated areas

A number of successful coatings (Figure 2) of areas in the furnaces of coal-fired boilers have been achieved, the first application being just over two years ago in late 2005.