From Canada to the UK, the countries planning to phase-out coal 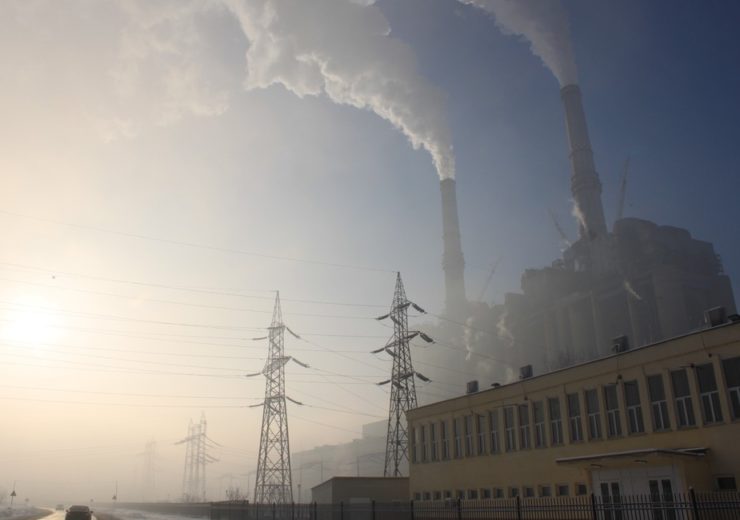 Countries including the UK and Canada have set deadlines for phasing-out the use of coal-fired power plants (Credit: Atlas Copco)

All over the world, coal is becoming less popular as countries look to renewables as a clean alternative, with a handful of major nations tying themselves to phase-out deadlines for getting rid of the fossil fuel altogether.

Finland became the most recent addition to the growing list on 27 February after its government approved a proposal to ban the use of coal by 1 May 2029, joining the likes of Canada, Germany and the UK.

European countries such as Austria and Hungary have also made official commitments, while Belgium leads the way, having been coal-free since 2016.

The UK has upped the ante by announcing in February 2020, that it will launch a consultation on bringing forward the country’s 2025 deadline by a year to October 2024.

Here we profile the highest-profile nations with plans to remove coal from their energy mix in the near future.

In 2015, the UK became the first country in the world to officially commit to phasing out its coal operations, just before the Paris Agreement meeting took place.

Originally slated for 2025, UK  prime minister Boris Johnson launched a consultation on 4 February, 2020, with the intention of bringing the deadline forward by a year to October 2024, when the country will limit the amount of emissions coal-fired plants are allowed to produce, forcing those without carbon capture technology to close.

Britain’s coal phase-out plan involves supporting the industry for several years to come through millions of pounds in back-up power subsidies, to be funded via consumer energy bills.

The fossil fuel has experienced a sharp downturn in the country over the past decade, with its contribution to UK power generation falling by more than 80% since 2012.

France had planned to phase out its coal capacity by the end of 2022 but its current government, elected after the decision was made, has not yet made any concrete policies geared towards reaching this target.

President Emmanuel Macron has confirmed his intentions to see the goal through to fruition, however, going as far as to cite 2021 as a new deadline at both the 2017 UN Climate Summit and the 2018 World Economic Forum.

However, his ambitions appear to be tied to the country’s plans concerning nuclear power, which include reducing its contribution to the grid to 50%.

The 41-year-old said: “We need to get off fossil fuels – nuclear energy currently allows us to benefit from low-carbon, low-cost energy.

“But I was not elected on a programme of phasing out nuclear – rather we plan on reducing it to 50%.

Towards the end of 2016, Canada announced it would be removing coal from its energy mix by 2030.

Four of the country’s 10 provinces operate coal-fired power plants, which combined account for around 10% of its total carbon dioxide emissions.

Coinciding with its coal phase-out plants, Canadian energy policy also includes plans to ensure 90% of the nation’s electricity comes from sustainable sources by 2030 – up from 80% in November 2016.

Environment minister Catherine McKenna said: “Taking traditional coal power out of our energy mix and replacing it with cleaner technologies will significantly reduce our greenhouse gas emissions, improve the health of Canadians, and benefit generations for years to come.

“It sends a clear signal to the world that Canada is a great place to invest in clean energy.”

Germany has historically been one of Europe’s top coal producers with an installed capacity of almost 50GW, but by 2038 it plans to phase-out all coal-fired facilities.

The decision was reached by a 28-member coal exit commission, appointed by the government, in late-January.

It marks a key element of its move towards renewable energy, following an earlier resolution from the German government to retire all its 17 nuclear power plants by 2022 in the aftermath of the 2011 Fukushima disaster in Japan.

Mohit Prasad, power analyst at data insight firm GlobalData, said: “Germany has closed 12 out of 19 nuclear power plants to-date, meaning the country must rely on renewable energy to provide 65% to 80% of their power by 2040.

“However currently it accounts for 41% of the country’s electricity, overtaking coal as the leading source of energy.

“The country will require investment of around $45bn (£33.8bn) to mitigate the dependence on coal-fired plants, which accounts for 40% of Germany’s electricity production.

“The coal-fired plants account for more than 25% of Germany’s CO2 emissions, which is more than that of the Netherlands and Austria, combined.

“Germany has the largest fleet of coal-fired plants in Europe, making the phase-out process more significant.”

Denmark renewed its pledge to phase out its use of coal by 2030 at the COP23 conference in 2017, after the target was momentarily scrapped by the government in 2015.

Coal consumption in the country has taken a nosedive in recent years, falling by 25.5% from 2016 to 2017, while the use of renewable energy increased by 11.4% during the same period.

“It’s good news that energy from coal has dropped by more than a quarter in 2017,” said the energy minister Lars Christian Lilleholt.

“The figures speak for themselves — when we manage to replace coal with sustainable energy, we end up emitting less CO2.

“And in 2017, the figures are so comprehensive that there is no doubt that the development is moving in the right direction for our climate.”

“Despite the fluctuation from year to year, it shows that it’s going in the right direction in terms of restructuring the coal-powered power plants and the government’s goal to completely phase out coal by 2030.

“But it’s no use countries acting alone in relation to this agenda – what’s vital is that a large number of countries take part, so it makes a real difference internationally.”