Professor Serkan Saydam at the University of New South Wales believes that colony on the “red planet” will be possible by 2050, but that depends on autonomous technology becoming “more commercially viable” 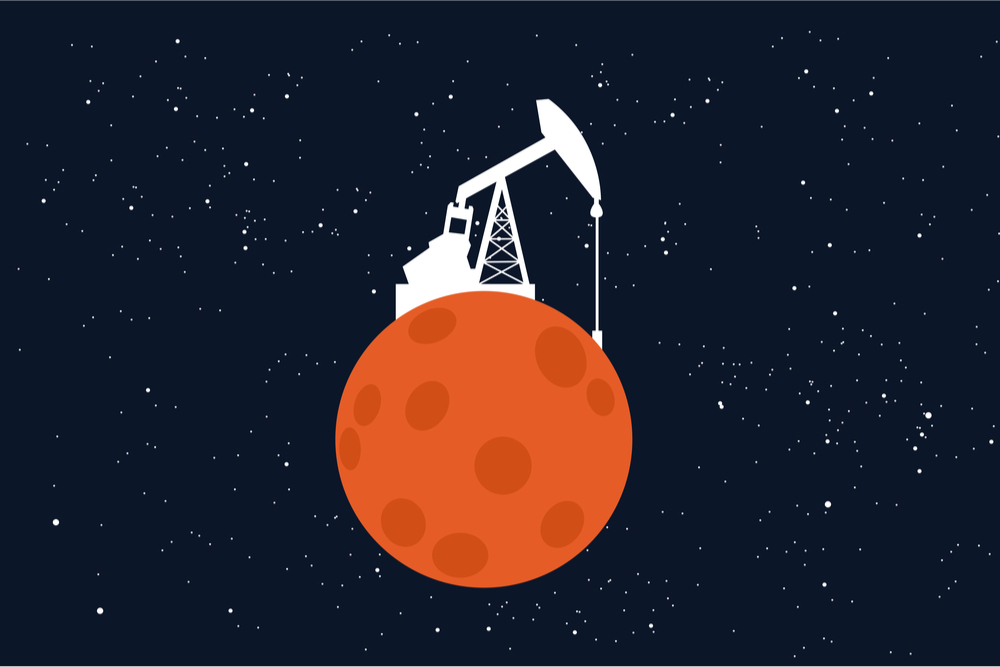 Professor Serkan Saydam said the main focus in terms of creating a colony on Mars is finding water and being able to extract it and process it using robots before humans land (Credit: Shutterstock/M-SUR)

Autonomous mining could hold the key to achieving human colonisation on Mars, says an expert.

Professor Serkan Saydam, director of research at the University of New South Wales (UNSW), believes that a colony on the “red planet” will be possible by 2050, but he said that depends on autonomous technology becoming “more commercially viable”.

This follows the recent successful landing on Mars of NASA’s Perseverance rover, which is expected to provide answers about whether forms of life ever existed on the planet and is designed to help address the challenges of future human expeditions there.

Hydrogen an important energy source to colonisation on Mars

Prof Saydam said the main focus in terms of creating a colony on Mars is finding water and being able to extract it and process it using robots before humans land.

“Everything is all about water,” he added. “You use water as a life support, plus also being able to separate out the hydrogen to use as an energy source.

“The process for having humans on Mars will be to set up operations, go there and produce water with robots first, and then be able to extract the hydrogen to make the energy ready before people arrive.”

The researcher said innovation in robotics and autonomous systems are “clearly important so that we have the water ready and the hydrogen separated and ready for when human beings land”.

But Prof Saydam admits that, at the moment, humans don’t have the ability to do it. He said there are “significant research efforts” ongoing, specifically at UNSW under the Australian Centre for Space Engineering Research, about the best way to do it – but he added that there is “no consensus yet”.

So, how many people would it actually take to colonise Mars? According to a study published in Scientific Reports by Jean-Marc Salotti at the Bordeaux Institut National Polytechnique, the answer is about 110 people.

Considering time and payload constraints, he said the number of people that could be sent to another planet would be “rather limited”.

But that is in contrast to SpaceX CEO Elon Musk’s plans to build a city of one million people on Mars by 2050.

Over a 10-year period, the business magnate hopes to build 1,000 Starships – a proposed fully reusable, two-stage-to-orbit super heavy-lift launch vehicle his company is developing at the Boca Chica launch site in Texas, US.

After building 100 Starships per year, the goal is to then launch an average of three Starships per day, with the trip to Mars available to anybody.

For Salotti, though, Musk’s plans are an “optimistic estimate” of the capability, because the feasibility of the Starship’s reusability “remains uncertain” and the qualification of the vehicle for landing on Mars as well as the relaunch could be “very difficult and take several decades”.

“In most well-studied mission to Mars scenarios, which last at least six months for the outbound trip and for crews of three to six astronauts, it is suggested to use several giant rockets to carry only a few dozens of tonnes of consumables to the red planet,” he added.

While Prof Saydam also believes that Musk’s ambitions may be “unrealistic in the specific timeframe”, he admits that demand for travel and a potential colonisation of Mars is “what’s needed to drive the technological developments required”.

“I think the technology is ready and we already have the knowledge, but the main problem is having the focus,” he added.

“It’s a bigger question: ‘Why don’t we do that already on earth? Why are we still using human beings for physical work in mining here?’ We have huge experience in mining but still heavily depend on humans.”

The researcher said one issue is that “demand is not there”. “For companies to get involved in developing products [for Mars missions], they need to be able to produce minerals or something that can be used for manufacturing goods and then sell it,” he added.

“At the moment, everything is just a cost and there is no revenue for companies.”

Prof Saydam believes a colony on Mars will happen, but not until beyond 2040

But that could all be about to change. The United Launch Alliance (ULA), a joint venture between space companies Lockheed Martin and Boeing that provides launch vehicles to NASA and the US Department of Defense, has said it will pay $500 per kilogram for fuel – derived from water – supplied on the moon. That will rise to $3,000 per kilogram if the fuel is available in a low-earth orbit.

In an interview with Space.com, former ULA vice president of advanced programmes George Sowers claimed rocket fuel sourced away from Earth could be a “game-changer” for spaceflight because it’s “very expensive to launch anything from Earth”.

“I want to buy propellant in space,” he said. “Once I have a reusable stage and can buy my fuel, then I have the potential to dramatically lower costs to go elsewhere.”

Prof Saydam said plans such as the ULA’s “immediately creates a market”. “Plus, if Elon Musk does what he says and puts people on the surface of Mars in 20 years, then that also creates a market,” he added.

“I believe a colony on Mars is going to happen, but between 2040 and 2050 is more feasible. This could be shortened depending on the technological advances that can reduce the costs or from stronger motivation.

“What I think will happen is that first of all we will do these activities on the moon and have a colony there. Then we can use the moon as a petrol station to get to Mars and beyond.

“But before 2050, I think we will have settlements on both the moon and Mars.”