With the nuclear industry poised to contribute to energy security and climate target efforts through advanced reactor systems, the consideration of transport security requirements will play a key role in enabling these future reactor designs to reach their full deployment potential, writes George Burnett, Strategy and Security Advisor at Nuclear Transport Solutions 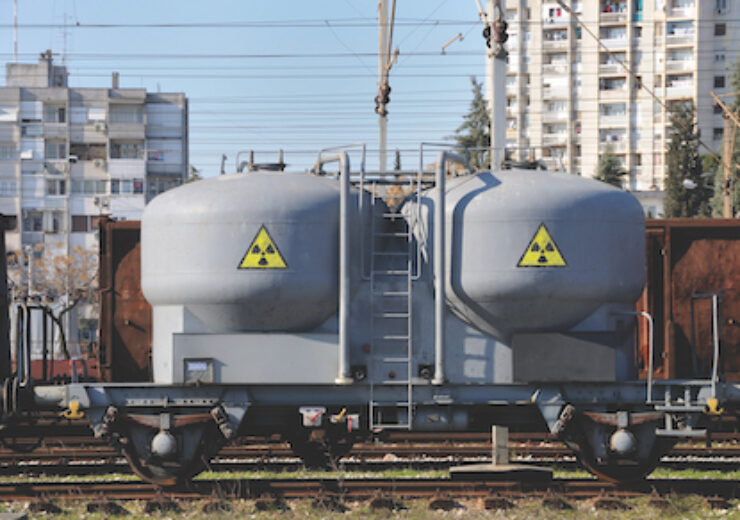 When considering the application of these reactors in remote locations for areas with poor grid connectivity or disaster relief scenarios, the benefits are profound. The adoption of modular manufacturing and installation principles ensures that lower capital risk is associated with the designs from the outset, in addition to incorporating the latest safety and security enhancements. These benefits paired with growing pressure to meet climate targets make advanced reactors a desirable energy solution, most notably even in areas with no previous civil nuclear programme.

Transport of nuclear material forms a crucial part of the nuclear fuel cycle, and it is widely recognised that security during transport presents distinct challenges to that of a licensed nuclear site. Nuclear transport operations are subject to many variables, such as transiting multiple threat environments or varying regulatory requirements during international movements. In practice, this means that a ‘one size fits all’ approach to transport security is never quite suitable, and instead requiring case-by-case analysis and planning to ensure the appropriate physical protection system is in place. However, while transports see individual consideration, security is bound by key security principles, all of which are still pertinent when considering advanced reactors. Physical protection requirements for nuclear material are laid out in The Convention on the Physical Protection of Nuclear Material and its amendment, which are the only legally binding international instruments in the area of physical protection of nuclear material. The annexes of this convention specify the approach to categorising nuclear material based on type, form and quantity. This shapes the first step in developing physical protection arrangements for nuclear transport.

The influence of fuel

The categorisation process ensures the application of a commensurate approach to security through analysis of the material being transported. This is a fundamental principle known as “The Graded Approach”. Many advanced reactors are considering new fuel types due to increased efficiencies and safety characteristics, and this will have an important influence on the transport security requirements. Take Tristructural-isotropic (TRISO) fuel for instance, fissile material contained within a ceramic pebble proposed for use in high temperature reactors. This fuel shows significant proliferation resistance and enhanced safety characteristics in accident scenarios. These characteristics are also important features when considering the arrangements for transport security. In line with the graded approach, a proliferation resistant and less dispersible fuel type may warrant a less onerous approach to security, when taken in tandem with the threat analysis conducted for the transport. Similarly, molten salt fuel types in which fissile material is dissolved into a salt before use in a reactor offer security advantages. The use of fluoride salt benefits from a difficulty of extraction alongside not being easily spread, factors supporting transport security from a theft and sabotage perspective, respectively. At the outset, these appear to be security enhancements when compared to typical fuel transports conducted today, yet the variation in potential fuels reiterates the need for a case-by-case approach to transport planning.

Another interesting concept proposed for some advanced reactor designs, such as many microreactors, is the transport of the reactor system pre-loaded with nuclear material in a factory-fuelled configuration or a transportable state (the latter often referred to as Transportable Nuclear Power Plants or TNPPs). Moving nuclear material without the use of a licensed package is a novel concept. For modules being moved as cargo in a dormant state the current regulatory approach is suitable, and specific analysis of the modules in transport will ensure appropriate security arrangements are developed. Transport packages undergo rigorous testing as required by safety regulations, with the safety performance identified by this testing also serving to benefit security. Historically, security testing has also been conducted on transport packages to provide valuable data regarding the package robustness when subject to specific threats. If reactors or reactor modules are to be moved containing nuclear material, similar analysis will be required to determine baseline security requirements in transport. This will mean identifying elements such as how much delay time is afforded by the reactor to access the nuclear material or analysis to determine any sabotage vulnerability. In all instances of transporting nuclear material without a licensed package, the industry can expect a bow wave of regulatory scrutiny during this time.

While moving nuclear material without a licensed package is a novel concept, moving nuclear material through remote areas is not. Remote siting of these reactors is often raised as both a benefit and concern for their deployment. This is also true for transport security. Distance from populations and potential adversaries can be considered a benefit, however the potential distance from any responsive elements is a key security challenge. The difficulty in this area lies in how security outcome requirements are met in practice, to ensure the levels of protection afforded to transport are in line with those specified within existing regulations. The most likely suitable mitigation is for operators and carriers to look to increase the features that would delay an adversary any form of access to the material, ensuring that these delay times are greater than the response times in place for the transport route. This can be done through additional security barriers or increasing the robustness of barriers already in place for the package, module, or reactor design.

The security of nuclear material is the responsibility of the state in which it is located. In international transports carried out today this means providing assurances to the relevant parties is a key activity to enabling transports. This is particularly the case for the highest category transports, in which government-to-government-level communication and agreement is required. For transports of novel fuels or even modules containing nuclear material as cargo, the current approach remains completely applicable, with specific analysis of the modules being an important factor.

However, for TNPPs sitting in an operable or semi-operable state, it seems that there is some ambiguity in this space. TNPPs sit in a position between an operating site and a nuclear transport, which means regulatory alignment and deconfliction will be necessary. This will require consultation of both nuclear regulatory requirements alongside modal regulations for the transport type. The transport requirements for normal operating and accident scenarios of a reactor moving through different environments mean that the distinct challenges faced by transport are now going to apply to reactor systems. TNPPs unique position of operating warrants a bespoke approach drawing on both transport and operating site’s areas of regulation and best practices.

The IAEA has a key role in developing security fundamentals, recommendations, implementing guides and technical documents to support the peaceful use of nuclear technology. As the current challenges faced for the deployment of advanced reactors will be compounded for new nuclear states, the IAEA and member states will be required to support and guide the development of these new nuclear nations as they look to adopt next-generation reactors.

If we consider a complete microreactor loaded with novel fuel, destined for an international transport to a remote location, it becomes clear that questions are still to be answered regarding the most suitable approach. However, capitalising on the ability of advanced reactors to contribute to energy security efforts should form a key element of the global deployment strategy. These reactor systems are well suited to support renewables or provide non-electric generation advantages, such as district heating or hydrogen production, which again expands their deployment catalogue. It is key to note that security is an enabling function, especially in transport. Transport security arrangements can be implemented and suited to the specific transport requirements. Through proper analysis, close international collaboration and the development of robust regulatory frameworks, advanced reactors will soon play a key role in global energy solutions.