The city wide microgrid supplying the city of Berbera in Somaliland, home to the largest port in the area, is being successfully monitored and controlled using DHYBRID technology 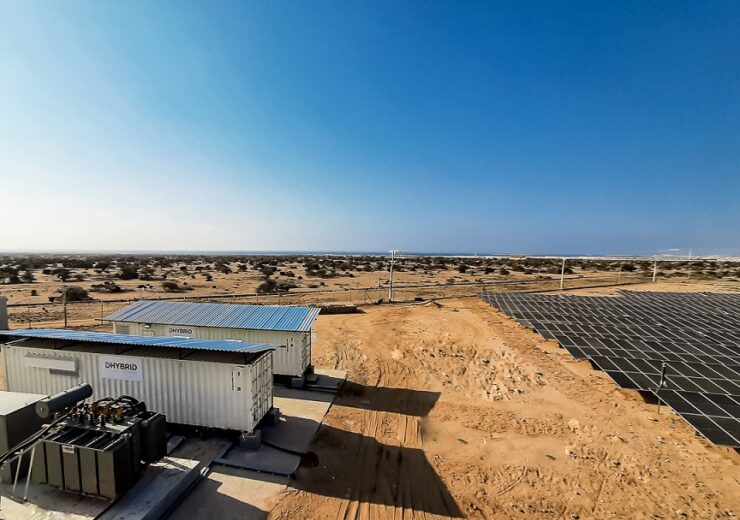 The microgrid includes two solar plants with a total capacity of 8 MW, a containerised lithium-ion power storage system with a capacity of 2 MWh, and three diesel generators, all connected to the Berbera Electricity Company (BEC) grid.

It has enabled BEC to reduce the electricity tariff in Berbera, which is now the lowest in the Somaliland and the Somali Peninsula overall.

With the help of its international partner teams and remote commissioning, DHYBRID was able to complete the project in just six weeks, despite the pandemic and global logistics challenges.

Somalia and the Republic of Somaliland are among the countries with the highest energy prices in the world. The electrical power generation system primarily consists of isolated city grids powered by diesel generators. At the same time, demand for electricity continues to grow as infrastructure rapidly expands. The port of Berbera, for example, is envisioned to improve the flow of goods to Ethiopia, with its more than 100 million inhabitants, and is currently being expanded at a cost of almost half a billion dollars. Additionally, Berbera has its own airports, to which BEC also supplies power.

In order to improve the energy supply, more and more PV power plants are being built in Somaliland to supplement the existing generators, in addition to other measures. But this development poses major challenges for the power grids. “Various generators within the grid must be continuously co-ordinated, especially when renewable energies are involved. Otherwise, problems with the grid frequency and voltage will become unavoidable, making it impossible to utilise all the available power,” explains Benedikt Böhm from DHYBRID. “It is simply not enough to just consider the solar capacity available. Effective grid management is essential.”

“The requirement was clear: Berbera needed a scalable energy supply that could be monitored and managed centrally, within the shortest time frame possible. The DHYBRID Universal Power Platform has succeeded…both power quality and grid performance have increased considerably”, says Ibrahim Yaqub, CEO of BEC.

DHYBRID estimates that Berbera city grid’s power factor has in fact increased by 20%, significantly improving “distribution load bearing capacity and power generation efficiency.” Moreover, diesel consumption is greatly reduced and Berbera has become the largest city powered by renewable energy in Somaliland as well as having the largest battery energy storage system in the country.

DHYBRID’s lithium-ion storage system can be operated either alongside the grid (grid parallel) or as an integrated part of it (grid forming). In the latter operating mode and in conjunction with the UPP, it “almost completely eliminates grid instability and disturbances”, says DHYBRID.

The Somaliland project is also one of the first in the world to use DHYBRID’s patented Maximum Inverter Power Tracking (MIPT) technology, which aims to increase the share of solar power in microgrids.

DHYBRID is based in Munich, it specialises in control systems for renewable and hybrid energy systems, eg for islands, combining conventional energy sources, such as diesel generators and utility grids, with renewables and storage.