A challenging feat of engineering: The Ulu Jelai project 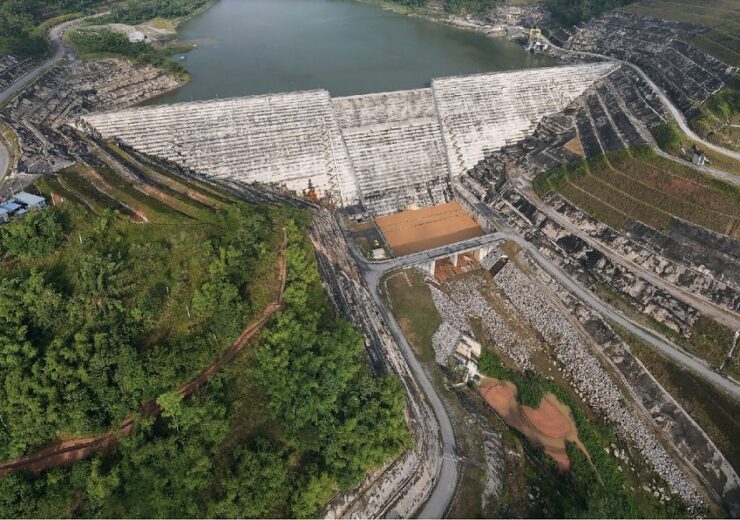 Located in the Cameron Highlands of Malaysia sits the impressive 372MW Ulu Jelai Hydroelectric Project, which was commissioned in 2016 to help meet Malaysia’s demand for electrical power. SMEC’s involvement in the project began over ten years ago when the global engineering and design firm was engaged by Tenaga Nasional Berhad (TNB), Malaysia’s Electrical Power Public Utility, to review an earlier feasibility study carried out in 2004.

“Our investigations confirmed that the hydroelectric project was still a viable development option and a priority project to develop West Malaysia’s hydropower potential. This resulted in SMEC being engaged to undertake the feasibility study review and tender design, followed by detailed design, construction supervision and contract management for project implementation,” says Andreas Neumaier, Chief Technical Principal – Hydropower and Dams and at that time project manager of the Ulu Jelai Hydroelectric Project.

“To provide for a safe and reliable power system, electricity demand in Peninsular Malaysia must be met by a combination of baseload and peaking power plants.,” adds Dato’ Nor Azman Mufti, Managing Director, TNB Power Generation. “Unique to hydroelectric plants is the capability to provide fast start-up and spinning reserve duties, features that are critical to the overall security of the power system by preventing massive black-outs arising from the sudden loss of large generation capacities. The Ulu Jelai project, in particular, is ideally suited to provide these functions due to the high geodetic head presented by the site’s natural topography.”

Working in the tropical and isolated environment in the Cameron Highlands, located 140km north of Malaysia’s capital city, Kuala Lumpur, presented its own unique challenges. Building access roads to the project site and tunnelling through 23 kilometres of rock was a challenging undertaking due to the remote location, tropical climate and uncertain geological conditions, including deep weathering of the rock and fault lines.

The main dam of the Ulu Jelai Hydroelectric Project is located on the Bertam River, but the project also utilizes the flow from two adjacent river catchments being diverted into the main reservoir. The scheme generates 326GWh of energy annually, which contributes to Malaysia’s power supply system and helps to meet the surge in demand at peak hours. “This is a project that we have taken through the full cycle,” remarks Andreas Neumaier. “From feasibility review to tender design to construction and commissioning and connection into the Malaysian power grid.”

“From a tunnelling perspective, this project was particularly challenging,” comments Luke Drowley, Manager Geotechnics and Tunnels, who worked for three years as Lead Tunnel Engineer on the project.

The power station caverns are located around 240m below surface level. Due to this significant depth, it was not possible to undertake extensive geotechnical borehole drilling to confirm a geological model and the parameters for the design of underground works.

“We relied on a combination of expert knowledge and specialist testing to continuously refine our understanding of the rock structure and the tectonic stresses in the rock,” explains Drowley.

This information was then incorporated into the design of the rock support system for the excavated power station caverns.

Another significant challenge was the design of an unlined headrace tunnel. As Ulu Jelai is intended to provide peaking power, the plant is expected to start and stop rapidly, especially when performing frequency control to Malaysia’s national power grid. Full turbine opening or closure can occur within five seconds, resulting in rapid changes in hydraulic pressure.

The headrace tunnel, which is around 4,200 metres long, was designed as ‘unlined’, where long-term support is provided by a combination of durable rock bolts for structural support and a relatively thin layer of shotcrete for erosion protection.

Designing such a pervious tunnel lining system was a technical challenge. “We had to ensure that water loss would not lead to reduced electricity generation capacity for the scheme and that the rock mass would be strong enough to withstand these rapid fluctuations in water pressure, without the lining or surrounding rock becoming dislodged or damaged,” explains Drowley.

“We also used 3D modelling to better understand the geometrical constraints, and to ensure that the geometry and loadings of the mechanical and electrical equipment were compatible with the civil structure,” adds Mike Yee, Hydropower Engineer. Three-dimensional computer modelling was also used to space-proof the power station with the cavern excavation, and to generate the construction documentation to build the power station structure. “It was important that technical expertise was supported and aided by technology to achieve strong outcomes,” he adds.

Designing within a complex and daunting environment

“As with many large hydropower projects, once we started uncovering the foundation, there were issues that required complex adjustments and design solutions,” says Dilwyn Jones, Senior Dams Engineer. “We found the foundation was weathered in some places and had many faults in a closely jointed rock mass, which raised concerns about the stability of the dam foundation.” 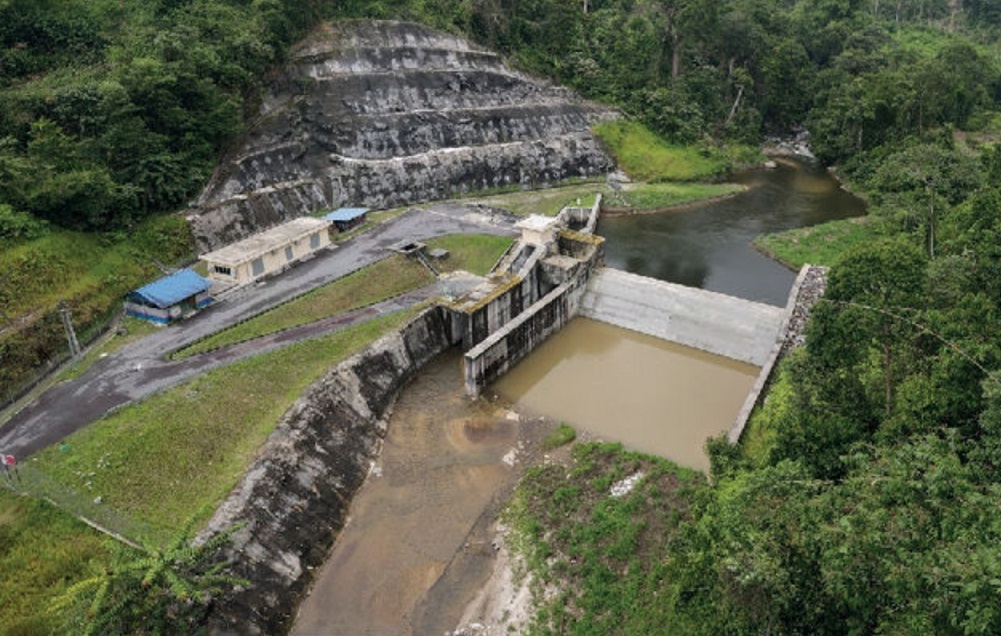 Significant design changes were made to Susu dam to develop solutions for the faulted foundation and related concerns about the strength and water-tightness of the structure.

“It became clear that we needed to shift the design philosophy to a low cementitious content RCC mix to provide a more ductile structure capable of accommodating the variations in the foundation rock,” explains Jones. “This solution was complex, it meant rewriting specifications during construction, and implementing a number of other design changes such as an external grouting plinth. However, it ultimately offered a lot of benefits, improving the resilience and the structural integrity of the dam, and reducing the leakage potential through the dam body.”

“Personally, I feel proud of the immense amount of work and technical expertise that went into modifying the dam design to render it safe, despite the faulted foundation. It was also an amazing opportunity to work with world experts in RCC dam construction and dam safety.”

On a project of this scale, it is critical to coordinate the work between the civil and the electrical and mechanical works contractors to ensure that the equipment delivery and installation schedule match the civil construction schedule, minimising the time to commissioning.

Delays to civil works required the careful management of this process. Electrical and mechanical installations included all necessary auxiliary systems for the main plant, the underground cavern and the surface installations. In addition, key safety-related systems in the underground power station including the ventilation, firefighting and detection systems were designed to ensure the safety of personnel and equipment in the event of an emergency. “The ventilation system needs to maintain a safe egress from the power station in the event of a fire situation anywhere in the underground tunnel and cavern system,” says Ken Dean, Senior Mechanical Engineer – Hydropower, who worked as Chief Resident Engineer on the project.

Sharing learnings with the industry

Commissioned in 2016, the Ulu Jelai Hydroelectric Project has achieved its goal to provide peaking power and spinning reserve for frequency control of the national grid. Local communities also benefitted commercially through road infrastructure improvements and some residents gaining employment opportunities for ongoing operation and maintenance activities for the dam and power station.

Many learnings can be applied from this project to other schemes, with one example being effective sedimentation management. The potential for sedimentation within the Susu reservoir was identified early as a serious concern to the longevity of the project, especially considering the ongoing sedimentation issues in other hydropower schemes in the Cameron Highlands.

“We studied several options and eventually adopted sediment flushing as the most effective method for sedimentation management,” explains Dilwyn Jones. “This led to the installation of twin flushing outlets in the diversion conduits. A check dam was also constructed upstream of the reservoir in an effort to trap sand and gravel, allowing only fine silt to enter the reservoir.”

“It has been really exciting for me and my team to apply everything we have learnt working on the Ulu Jelai Hydroelectric Project, and other international hydropower projects, to support the resurgence of hydropower development in Australia,” says Luke Drowley. “This global experience has enabled us to provide industry-leading services to the Snowy 2.0 project and other potential hydropower projects across Australia.”

“SMEC’s vast experience as a consulting specialist on hydropower projects, along with their involvement in the pre-feasibility works, made them an ideal partner for this project,” says Dato’ Nor Azman Mufti. “We have had a long history of partnering together on Malaysian hydroelectric development.”

As Malaysia’s Electrical Power Public Utility, TNB aspires to be a leading provider of sustainable energy solutions in Malaysia and internationally.

“Decarbonisation is our vision for betterment of the world, in line with our pledge on the TNB Sustainability Pathway, which is guided by the United Nations Sustainable Development Goals (SDGs) and Environmental and Social Governance (ESG),” says Dato’ Nor Azman Mufti. “The Ulu Jelai Hydroelectric Project contributes to ensuring that electricity is secure, affordable and accessible to our more than nine million customers, which has significant economic impact. It is also a testimony of our ambitious journey towards greener and more sustainable sources of energy. Congratulations to all stakeholders and everyone involved in delivering this remarkable project.”