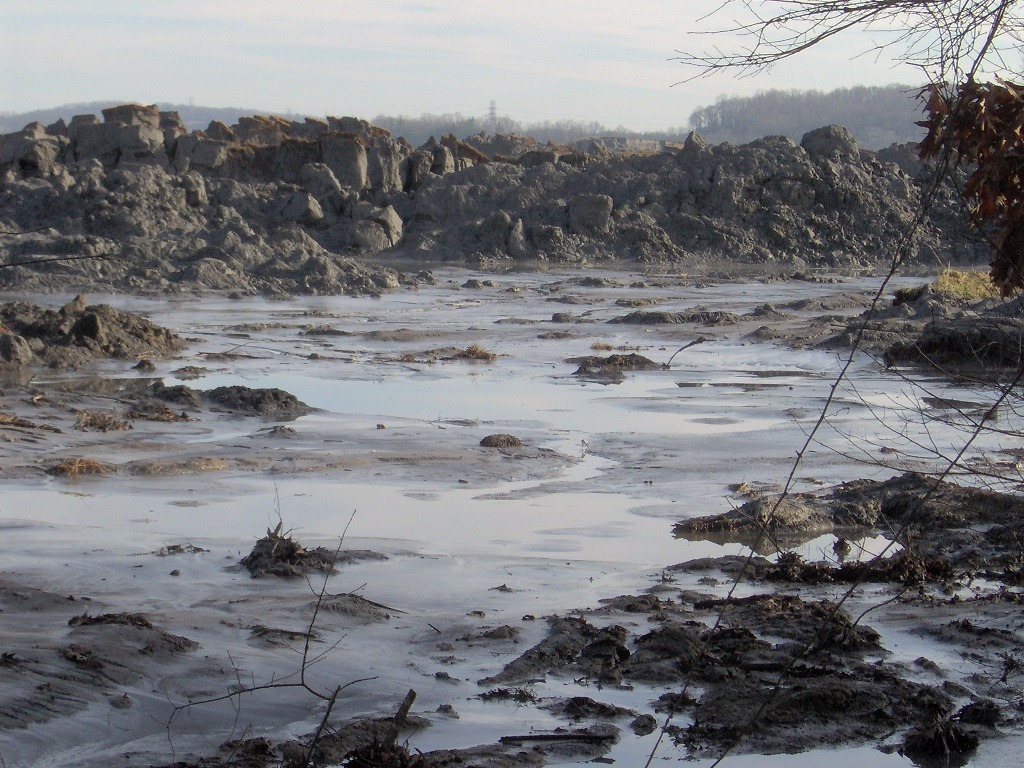 The 2008 TVA Kingston Fossil Plant fly ash spill. The pile of ash here is estimated to be 20-25 feet high, and stretches for two miles along the inlet pictured (Credit: Brian Stansberry)

The US must take action to avoid escalating costs associated with its coal ash crisis, which came to light courtesy of a landmark report on 4 March, according to GlobalData’s power director Harminder Singh.

The study found 90% of the coal-fired plants in the country that are required to monitor groundwater are polluting it with dangerous levels of toxins such as arsenic and lithium, which have been linked to cancer and neurological damage.

Composed by eco-focused groups Environmental Integrity Project (EIP) and Earthjustice, it marks the industry’s first comprehensive analysis on the issue.

“At a time when the Trump Environmental Protection Agency — now being run by a former coal lobbyist — is trying to roll back federal regulations on coal ash, these new data sets provide convincing evidence that we should be moving in the opposite direction,” said Abel Russ, the lead author of the report and attorney with the EIP.

Senior counsel with Earthjustice Lisa Evans added: “This is a wake-up call for the nation – using the industry’s own data, our report proves that coal plants are poisoning groundwater nearly everywhere they operate.

“The Trump Administration insists on hurting communities across the US by gutting federal protections – they are making a dire situation much worse.”

Here Mr Singh shares his thoughts on how the US and its Environmental Protection Agency (EPA) should react in order to avoid a bad situation getting worse.

What should the US do about its coal ash crisis?

Meanwhile, the EPA finalised the first federal regulation for the disposal of coal ash in 2015, known as the Coal Ash Rule.

The report finds 91% of the 265 coal-based power plants that posted their data have unsafe levels of one or more coal ash constituents in the groundwater.

The majority of the coal-based power plants (52%) have unsafe levels of arsenic (52%) and lithium (60%), both of which are associated with multiple health risks, such as cancer, neurological diseases, etc.

This is a major cause of concern, especially for communities located in the vicinity of these coal ash dumps since groundwater contamination poses a big threat to drinking water supplies.

The report comes at a time when the Trump administration is supporting coal-based power generation by rolling back several restrictions imposed in the Obama era, such as the permitted level of CO2 emissions from power plants.

However, despite the federal administration’s efforts to boost the coal-based generation industry, the future seems set to go downhill.

The US Energy Information Administration (EIA) expects lower electricity demand, lower natural gas prices, and further retirements of coal-fired capacity will reduce the amount of coal consumed for electricity generation by 8% in 2019 and by a further 6% in 2020.

Coal-based power plant retirements in the country continue unabated – as per recent EIA data, 35 units across 19 power plants with a cumulative nameplate capacity of 14.2 gigawatts (GW) retired in 2018.

The data also shows just three coal-based projects are currently planned, with a total capacity of 1.1GW – US utility plans show a consistent focus on moving away from coal.

In order to address the problem at hand, the existing coal-based power plants will need to be monitored much more closely to ensure that their coal-ash levels do not impact the communities.

The EPA needs to ensure that the coal ash is not left in contact with the groundwater in order to prevent leaching of toxic pollutants.

The sampling and testing of drinking water needs to be made more rigorous, with both water wells and surface water within a certain radius of the coal ash dumps being tested.

Further transparency is required in the way companies report their monitoring data.

Weakening of the clean-up standards and pushing back of ash closure deadlines by the Trump administration will pose a threat to the communities near these toxic sites.

If corrective action is not taken quickly, the cost of addressing it could escalate significantly.