“L3 MAPPS is pleased KHNP decided to convert the Wolsong 1 simulator contracted in 2016 to become the operator training platform for Wolsong 3,” said Michael Chatlani, Vice President of Marketing & Sales for L3 MAPPS Power Systems and Simulation. “We were near completion of the Wolsong 1 simulator, so it is extremely gratifying that all the hard work that went into the simulator will be leveraged for Wolsong 3.” 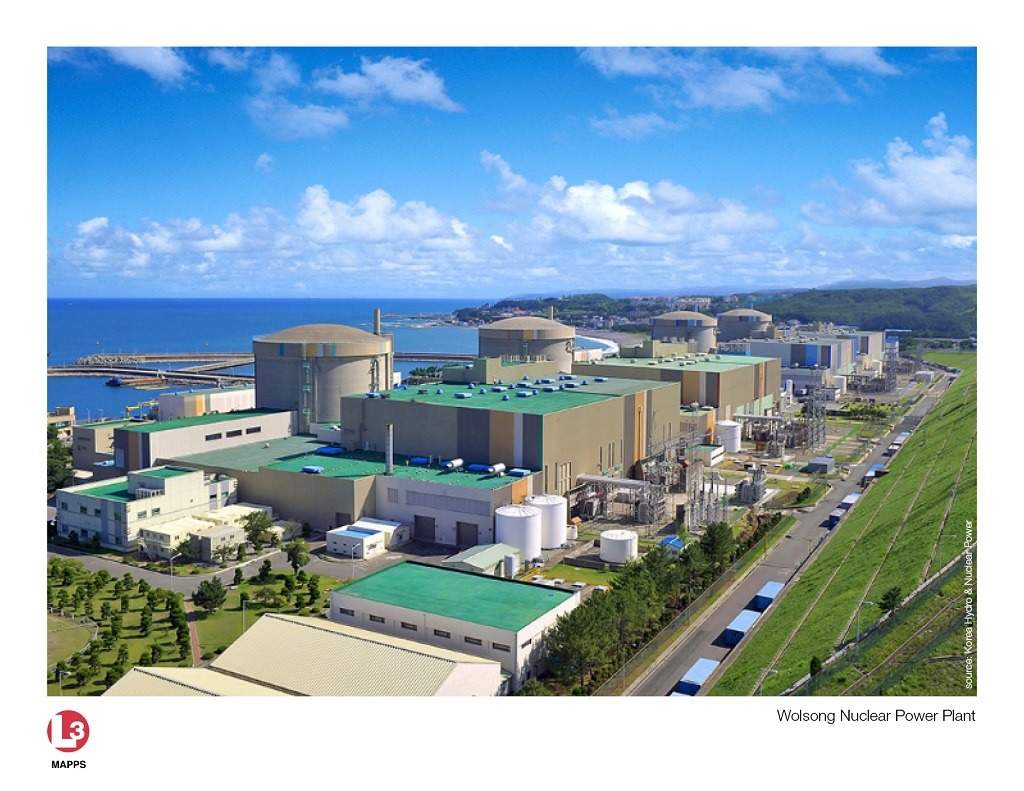 The Wolsong 3 simulator will also include severe accident simulation capabilities by including a version of the Modular Accident Analysis Program, known as MAAP4-CANDU**. The simulator will also be equipped with two-dimensional and three-dimensional animated, interactive visualizations of the reactor vessel and containment building to provide trainees further insight into the behavior of the plant during unlikely severe accidents.

L3 MAPPS, a subsidiary of L3 Technologies, has over 35 years of experience in pioneering technological advances in the marine automation field and over 45 years of experience in delivering high-fidelity power plant simulation to leading utilities worldwide. In addition, the company has more than four decades of expertise in supplying plant computer systems for Canadian heavy water reactors. L3 MAPPS also provides targeted controls and simulation solutions to the space sector. To learn more about L3 MAPPS, please visit the company’s website at www.L3T.com/MAPPS.

* CANDU is a registered trademark of Atomic Energy of Canada Limited, used under license by Candu Energy Inc., a member of the SNC-Lavalin Group.

** A valid license to MAAP4 from EPRI as well as the rights to MAAP4-CANDU from the CANDU Owners Group (COG) are required prior to a customer being able to use MAAP4-CANDU with Licensee’s simulator products. EPRI and COG do not endorse any third-party products or services.

Orchid is a trademark of L3 MAPPS Inc. All other brand names and product names referenced are trademarks, registered trademarks, or trade names of their respective holders.